Devdutt Padikkal has mustered 535 runs in seven outings. He will be an obvious pick for any fantasy team.

The Round 9, Elite Group A and B fixture of the Ranji Trophy 2019-20 will be played between Karnataka and Baroda at the Chinnaswamy Stadium in Bangalore.

Karnataka has done quite well in this season of Ranji Trophy on the back of their in-form batsmen, who have managed to score good runs with the bat. They are still in the race to qualify for the finals and they will have to win their upcoming game against Baroda. In batting, they have Devdut Paddikal and Ravikumar Samarth, who are consistently performing well for their side. They will have to take the responsibility to click some match-winning knocks for their side.

Baroda has already been knocked out from the tournament as they are ranked 13th in their group. However, they will look to end their campaign on a high note with a win. They have struggled with the poor form of their batsmen as none of them has managed to play good knocks with the bat. Now, Baroda would be expecting that their batters come up with some strong and positive approach after having a bad season.

The weather in Bangalore will be perfect for a four-day game. There are no chances of rain on all the four days with wind expected to blow at a rate of 15 to 22 km/hr. On the other hand, the temperature is expected to deviate between 15 and 22 Degree Celsius throughout the day according to Accuweather.

The pitch at Chinnaswamy Stadium is expected to be worthy enough to go in the favour of the batsmen. The boundaries are small with fast bowlers expected to get very little help from the wicket. Meanwhile, the spinners will have their say going on Day-3 and Day-4 as they will start getting some turn. The side winning the toss will look to bat as none of the sides would like to face the spin heads on the final day of the game.

Yusuf Pathan hasn’t travelled with Baroda team and won’t be playing this match.

BR Sharath has returned from New Zealand after playing for India A and has been included in Karnataka squad for this match. 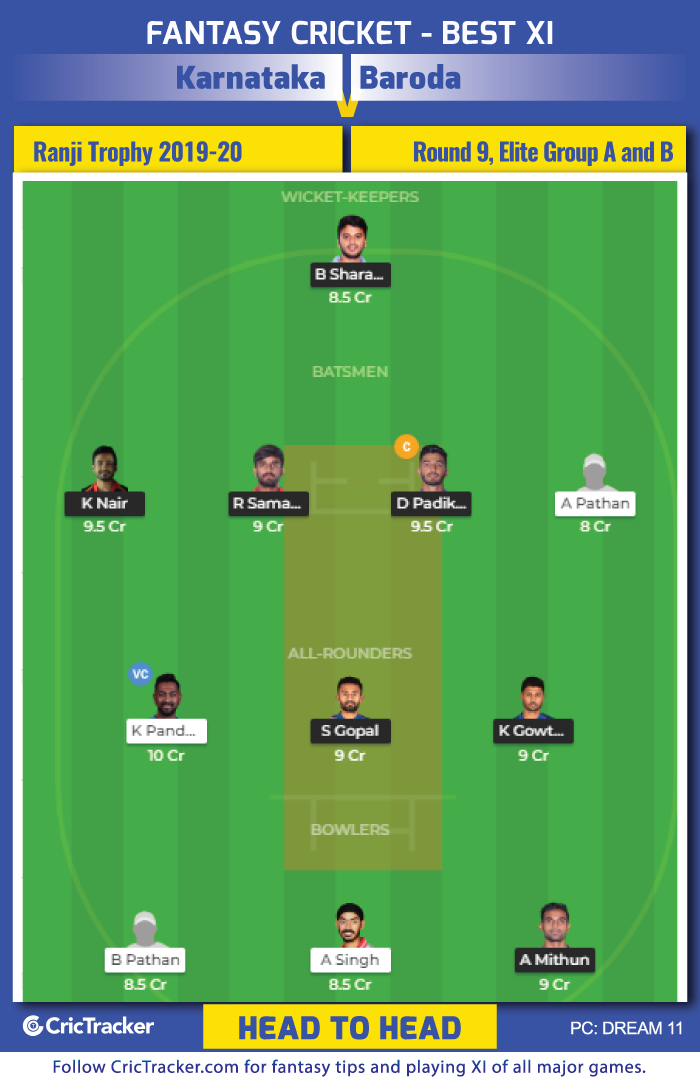 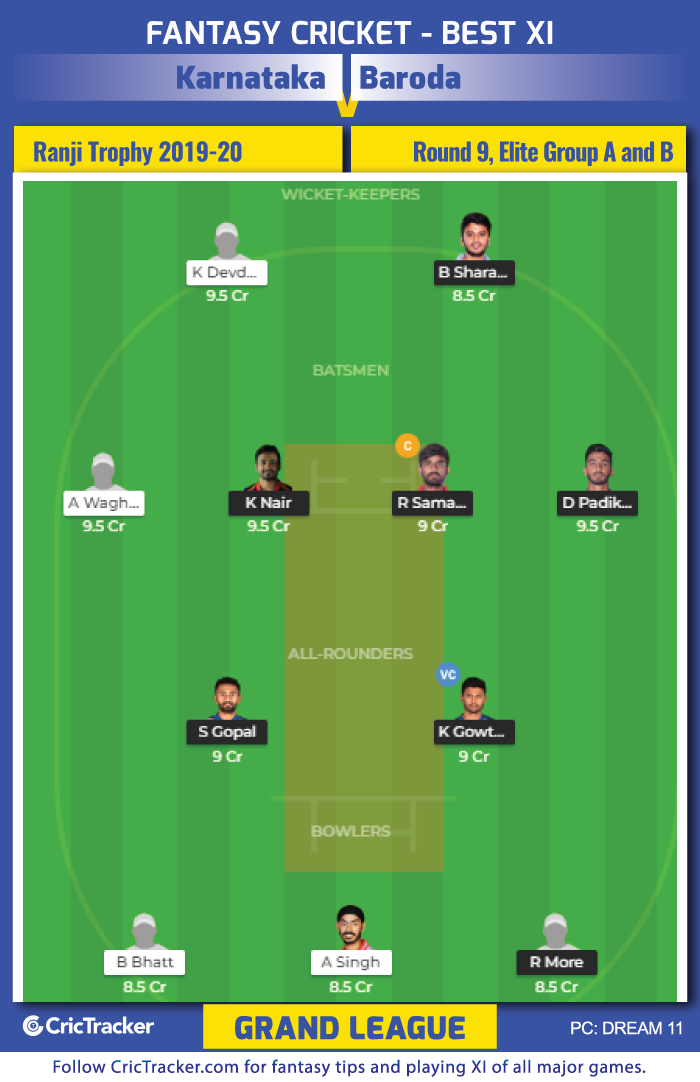 Baroda is yet to announce their squad for the final league game against Karnataka. And, they can opt for some surprising changes in their side. So, it will be wise to wait for the confirmed XI. The users should go with the team combination of one wicketkeeper, four batsmen, two all-rounders and three bowlers.

Karnataka are the favourites to win this game. But if the pitch stays true to its nature, a draw is on the cards.