Right from a sizzling yorker from Trent Boult to Kane Williamson's backfoot drive, all will be available on the Rario platform with much more exciting things in place. 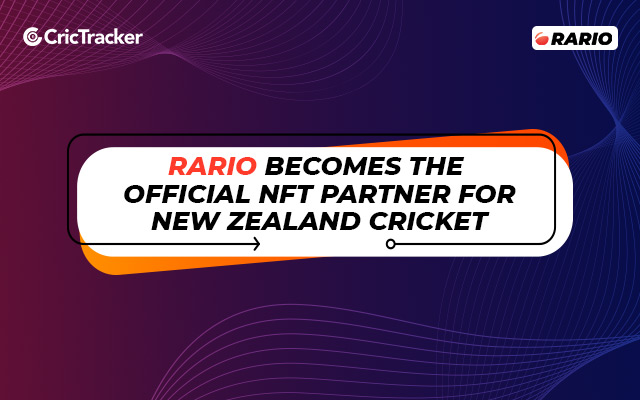 New Zealand have often been termed the underdogs in ICC tournaments, the reason being their ability to get through to the knockouts with ease when most teams don’t fancy them. Despite being one of the smaller countries in terms of population and size, New Zealand has always produced some top cricketers who have grabbed a lot of fans around the world. The country has got enough talent on display, and ICC World Test Championship 2019-2021 title was a reward for their prolonged, consistent success across the world.

It is important that the New Zealand cricketers and the various moments created by the players get captured and get etched in the memories of the fans for a long time. There is no better way for it than engaging with the fans through the NFTs (Non Fungible Tokens) in the present era, and it is a massive point to cherish as New Zealand Cricket has joined hands with Rario, one of world’s biggest NFT platforms.

New Zealand Cricket (NZC) has signed a five-year deal with Dream Sports, the parent company of Dream 11, to provide fan-engaging products, which include NFTs, gaming and other merchandise. The NFTs are set to be produced through the Rario Platform, and hence, the fans will be able to own some of the top cricketing moments from New Zealand cricket. Right from a sizzling yorker from Trent Boult to Kane Williamson’s backfoot drive, all will be available on the Rario platform with much more exciting things in place.

Rario have already partnered with Cricket Australia (CA) and big cricketing leagues, including Big Bash League (BBL), Women’s Big Bash League (WBBL), Lanka Premier League (LPL), Caribbean Premier League (CPL), Abu Dhabi T10 League and the Legends League Cricket (LLC). It was only a matter of time till the importance of storing the moments in a digitalized setup gets recognised, and the growth of the Rario platform has proved the point already.

The fast-growing world is moving into a digital setup completely and it is important to adapt to the new business trends. Rario allows the fans to buy, sell and trade NFTs through its platform.