The digital collectibles NFT platform is returning with another pack drop scheduled on the 8th of August. 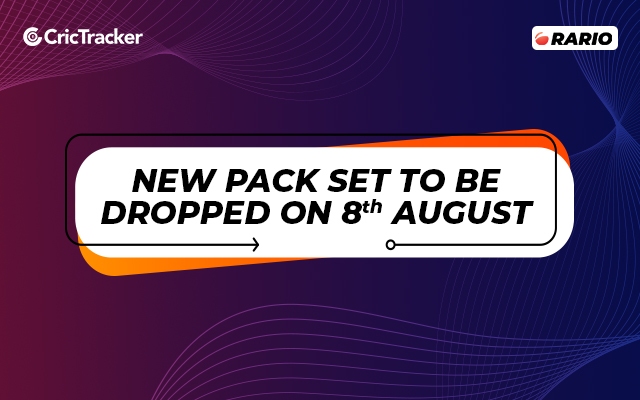 The world’s leading cricket NFT platform Rario recently dropped its never-seen-player card pack, which received tremendous love and support from the cricketing fraternity as the packs were sold out within minutes after being dropped. The fact that people couldn’t get their hands on the drops despite reserving them earlier, tells you about the craze of the NFTs among the fans.

The digital collectibles NFT platform is returning with another pack drop scheduled on the 8th of August, isn’t it exciting news for all you cricket lovers out there? then don’t waste another minute and head to Rario’s website to reserve the packs before they drop. And for people who missed out earlier, mark the date in your calendars as there is going to be a frenzy among cricket enthusiasts and fans around the globe to become a part of this revolutionizing trend as early reservation of the packs has already commenced on the 1st of August.

Don’t fret, if you missed out on the previous drop featuring some of the biggest names in the Caribbean Premier League (CPL) as the upcoming drop will also feature the players participating in this year’s competition and will be much more cost-effective for fans, as the packs will be available for much cheaper rates and will feature silver and bronze tier level cards.

And if collecting iconic moments and players from one of the most renowned domestic T20 competitions in the world, isn’t exciting enough for you, then let us reveal another purpose of these elusive tokens. As announced earlier, the digital platform will be launching a Cricket Strategy Game in the near future, and the cards obtained from the aforementioned packs will serve as a gateway to the game.

Hold on, that is not it, there is more, the participants of the game can claim prizes up to USD 125K (INR 1 Crore). Yep, you read it right, aren’t you convinced yet? You get one-of-a-kind memorabilia, a free pass to a unique cricket game, and a chance to win crazy rewards, what are you waiting for, head to the website and reserve a chance to get your hands on these glorious pack drops.

Just like any other gaming platform, the higher tier card you obtain in these packs the better your chances of winning a handsome reward in the game, which is set to launch after the commencement of the CPL.