Virat Kohli has got off to good starts in both the matches he has played so far. 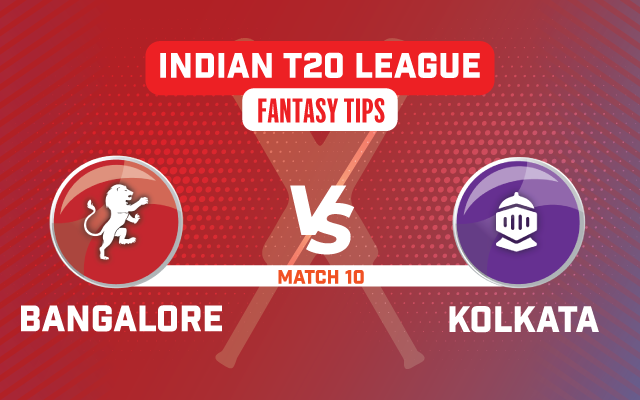 It has been a while since their defeat against Mumbai Indians in their second game of Indian Premier League 2021, but the Kolkata Knight Riders fans are still scratching their heads, failing to comprehend how a team can lose from the position they were in. The Knights needed only 31 runs from 5 overs, with 6 wickets in hand.

But not only did they lose the game, despite having the likes of Andre Russell and Dinesh Karthik, they also lost by a margin of 10 runs, which shows how poor their death batting was. The level of performance will need to go up by a few notches if they want to trouble Royal Challengers Bangalore in their next match. Virat Kohli’s team have won their first two games and confidence will be high in that camp.

The MA Chidambaram Stadium surface is not one where scoring has been easy, and as the likes of Andre Russell and Rohit Sharma have mentioned, settling down on the crease will be crucial here. From the matches played so far, chasing has seemed tougher than batting first.

Playing XIs for RCB vs KKR:

Reports: Cricketers had refused to take COVID-19 vaccine before IPL 2021

Virat Kohli has got off to good starts in both the matches he has played so far. He scored 33 runs from 29 deliveries in each game and can be lethal if he converts his starts into a big score.

Nitish Rana is the man of the hour from the KKR team. Batting as an opener, he has played two sublime knocks for the Knights. While he scored 80 in the first game, he played a calculated, yet impressive knock of 57 off 47 deliveries in the last game.

Just as the RCB fans hoped for prior to the start of the competition, Glenn Maxwell has brushed aside the failures of 2020 and is looking in great touch this time around. He scored a half-century in the last game, which proved to be a match-winning knock.

Andre Russell is that sort of a player who, if he fails to perform in one department, will make amends with his brilliant display in another department. He might have failed to win the game with the bat for KKR in the last match, but he became only the second bowler ever to pick a fifer against Mumbai.

Pat Cummins is continuously justifying why he is so highly-rated in world cricket. He picked up 2 crucial wickets by conceding only 24 runs in the last game.

Harshal Patel started off his campaign with a 5-wicket haul, and in his last match, he picked up 2 wickets by conceding only 25 runs.

AB de Villiers had a rare failure in his last game, but it was his innings that won RCB the first match of the season. He scored 48 runs from only 27 deliveries in that game.

RCB vs KKR Must Picks for Dream11 Fantasy Cricket:

Also Read: Deepak Chahar reveals how he received a text on social media from a fan requesting him to skip CSK’s next game

Shubman Gill was dismissed for 33 in the last game, but he was KKR’s leading run-scorer in the last season. He can be a risky captaincy pick.

Devdutt Padikkal played a rash shot to get out for 11 in the last game, but he was in astonishing form coming into the IPL. In his last four games before IPL, all of which were in Vijay Hazare Trophy, he scored 400+ runs. He can be a differential captaincy pick.

Eoin Morgan’s form in this format of the game is terrible. He has scored 9 runs in his two IPL 2021 games, and in his last two T20 games before IPL, he scored 5 runs. Hence, you can give him a miss.