Brisbane Heat are expected to give themselves an outside chance of playoffs qualification by beating Melbourne Renegades. 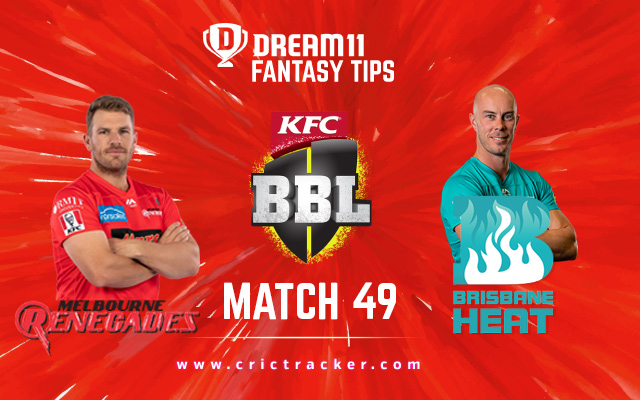 The 49th match of the Big Bash League (BBL) 2020-21 season will be played between Melbourne Renegades and Brisbane Heat at the Dockland Stadium in Melbourne.

This match will start at 10:35 AM IST (04:05 PM local time). It will be live on Sony Sports Network and live streaming is available on Sony LIV.

Melbourne Renegades might not have a chance of making it to the playoffs of this year’s Big Bash League, but they certainly have the power to diminish another team’s chances. After halting Melbourne Stars’ progress in their last game, they will now turn their attention to Brisbane Heat.

Brisbane Heat, despite having all of their big guns fit and healthy, have failed to perform as a coherent unit in their last few games. They have won only 1 of their last 4 matches, and while they still have a chance of making it to the semis, it is getting considerably thinner with each defeat. They will aim to win both of their last couple of matches.

It will be a cloudy day in Melbourne, with the temperature being around 24 °C. The chances of precipitation are only 10%.

From what we have seen so far in this season, the Docklands Stadium pitch favours the batsmen, especially in the first innings. The team batting first should ideally aim for a score of around 175.

Kane Richardson is doubtful for this game because of injury concerns. Marcus Harris has returned from national duties, but his availability has not been confirmed by the Renegades yet.

Marnus Labuschagne took no time to settle down in a Brisbane Heat shirt as he carried his good run for form for Australia into the BBL. He scored 28 runs and also picked up 2 wickets in the last game.

Skipper Chris Lynn might not be a part of the Australia squad currently, but from what we have seen so far, he is still the same destructive force that we know him to be. Lynn has scored 317 runs at an average of almost 40.

For the Renegades, Shaun Marsh has arguably been the most consistent batsman. He has scored 272 runs at an average of nearly 30.

Jack Wildermuth has bowled brilliantly for the Heat in this season’s BBL. He has picked up 13 wickets and has also scored 74 runs.

Despite Wildermuth’s commendable efforts, Mark Steketee has been the star of Brisbane’s bowling unit. He has scalped 19 wickets. 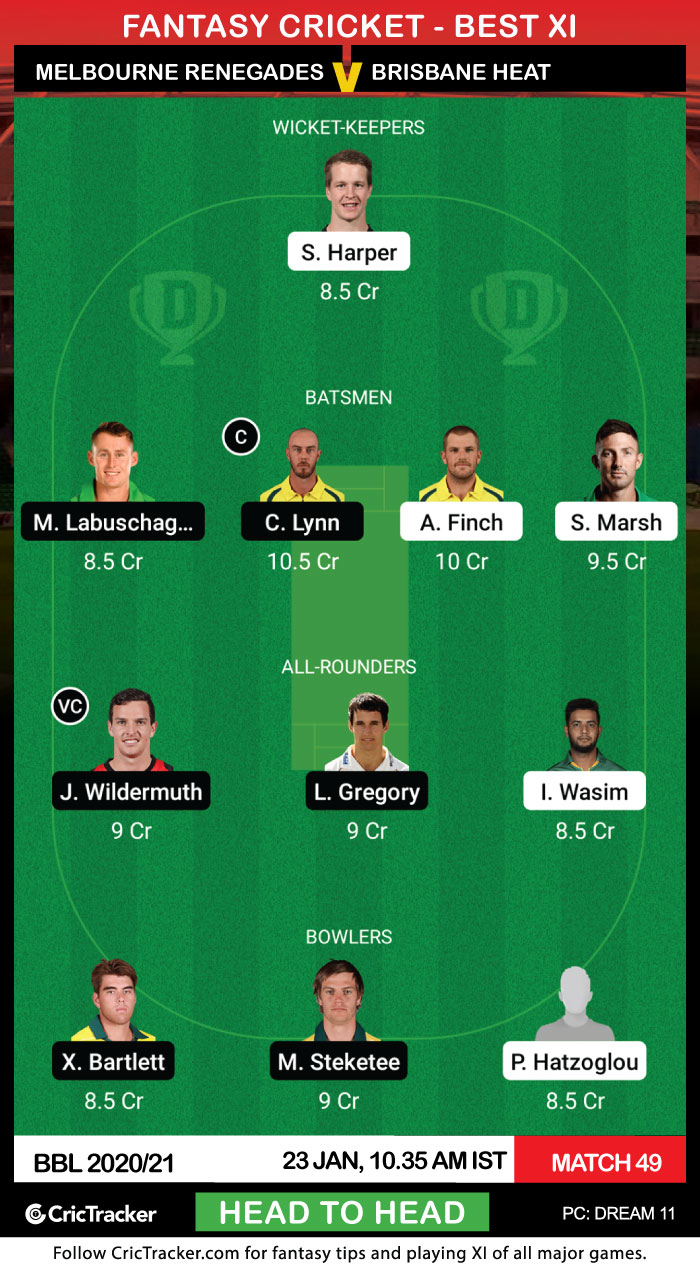 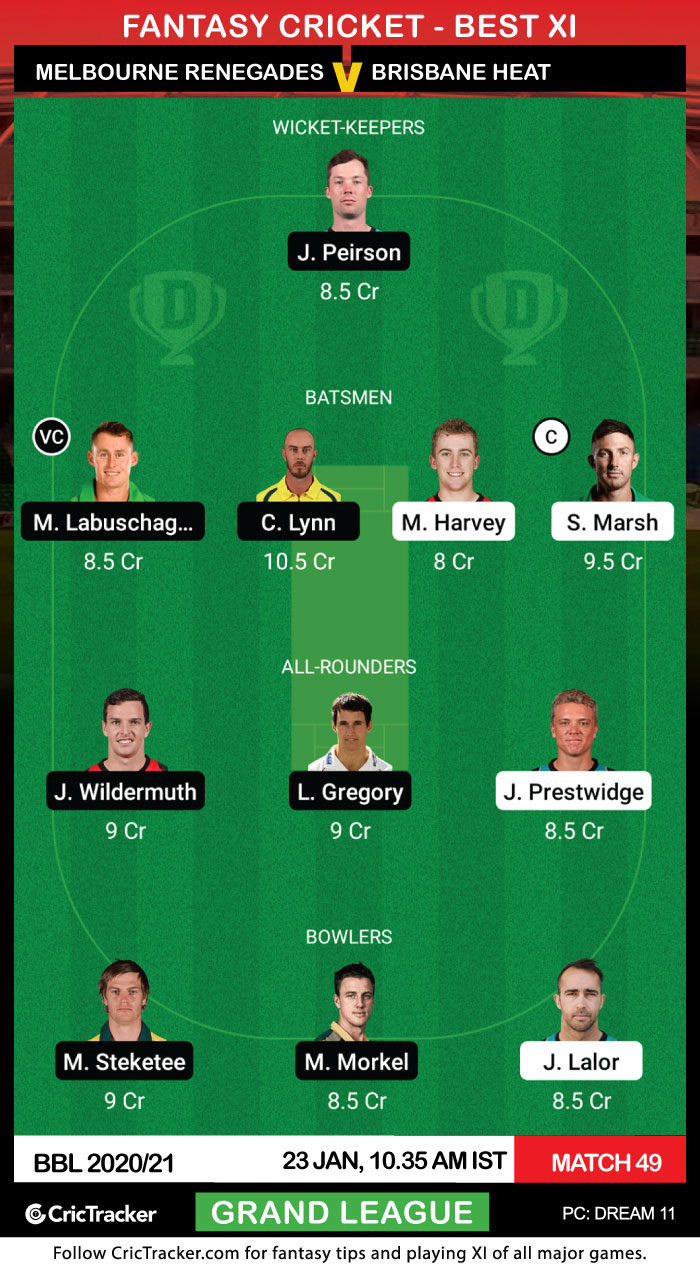 Youngster Mackenzie Harvey has looked in good touch for the Melbourne Renegades. Having scored 153 runs at an average of over 30, he can be a great pick at 8.0 Cr.