Hobart Hurricanes are expected to confirm their playoffs berth by beating Melbourne Renegades. 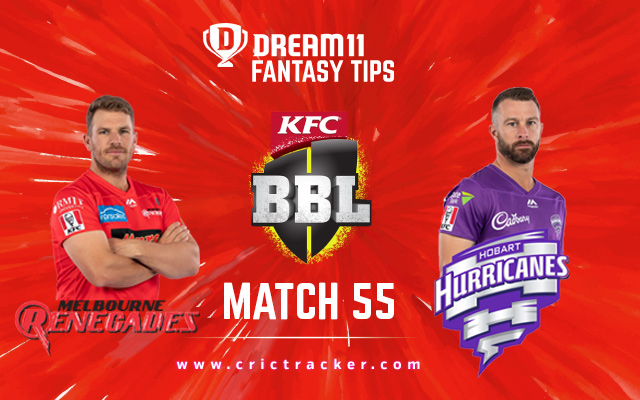 The 55th match of the Big Bash League (BBL) 2020-21 will be played between Melbourne Renegades and Hobart Hurricanes at the Melbourne Cricket Ground, Melbourne.

Melbourne Renegades will take on Hobart Hurricanes at their home ground, the MCG. The Renegades are having a poor season and have only managed to win just three games out of the thirteen they have played. Their Captain, Aaron Finch, has struggled with the bat at the top. They are out of contention for the knockouts and would only compete to salvage some pride.

Hobart Hurricanes, on the other hand, have had a mixed season. They have blown hot and cold throughout but have managed to win enough games to stay in the league. They are currently placed fifth and would want to end the league stage on a high. They might qualify even with a defeat, but will ideally want to confirm their berth with a win.

The weather forecast suggests rain will be there for the major part of the day. The skies will be cloudy during the game and there might be a delay. The temperature will be around 19 degrees Celsius.

The pitch at the MCG is a good one for batting. It has been a high scoring ground even with longer boundaries. Although teams struggle to chase high totals. Captains winning the toss would look to bat first.

Kane Richardson is nursing an injury and his BBL 2020/21 campaign has come to a conclusion already.

Matthew Wade is a different player when he plays in the BBL. He scored a brilliant 86 off just 44 balls in the last game with 10 fours and 3 sixes.

Ben McDermott has been in really good form throughout this season, scoring 401 runs at an average of over 40 and a strike rate of over 140. With the return of Wade, he will have less pressure and can play freely. That’s when he can get even more dangerous.

D’Arcy Short played a fantastic knock of 72 off 52 balls in the last game against the Sixers. He has amassed a total of 316 runs at a strike rate of 124 and has also picked up 7 wickets with his leg-spin.

Sam Harper and Shaun Marsh are easily the best batsmen for the Renegades this season. They have piled up 332 and 300 runs respectively. No other Renegades’ batsman has crossed the 200-run mark in this season. Hence, these two should automatically be picked from the Renegades’ side. 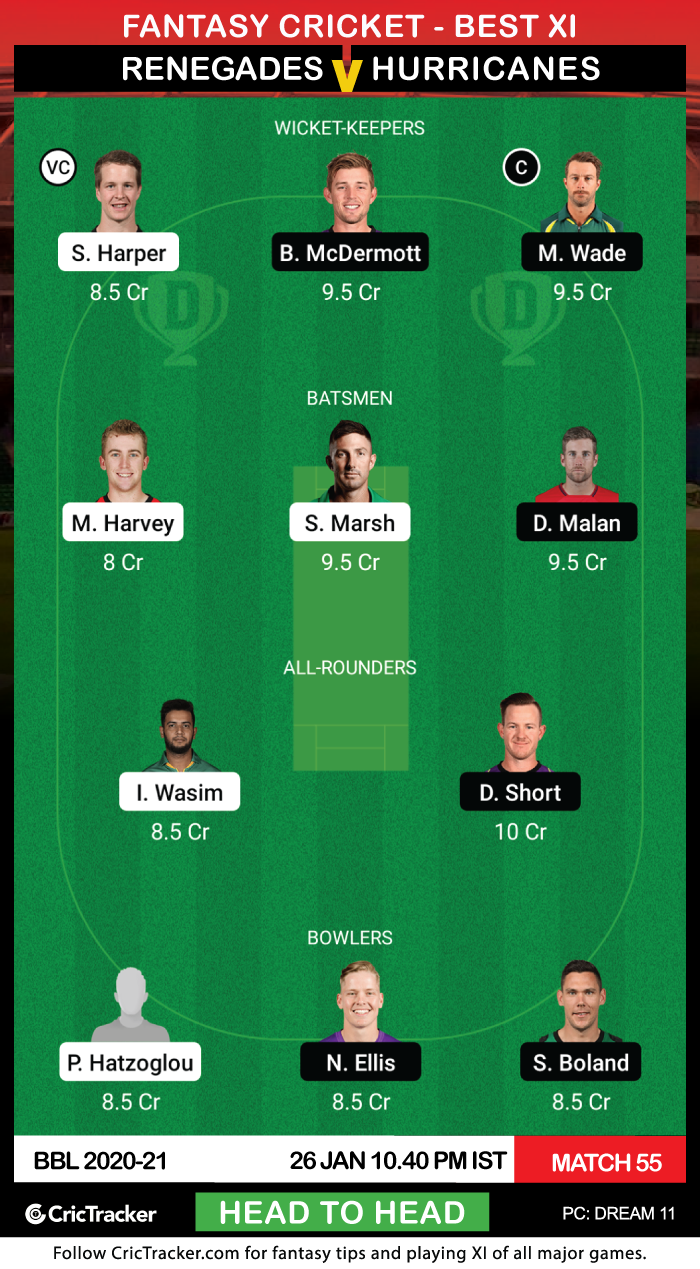 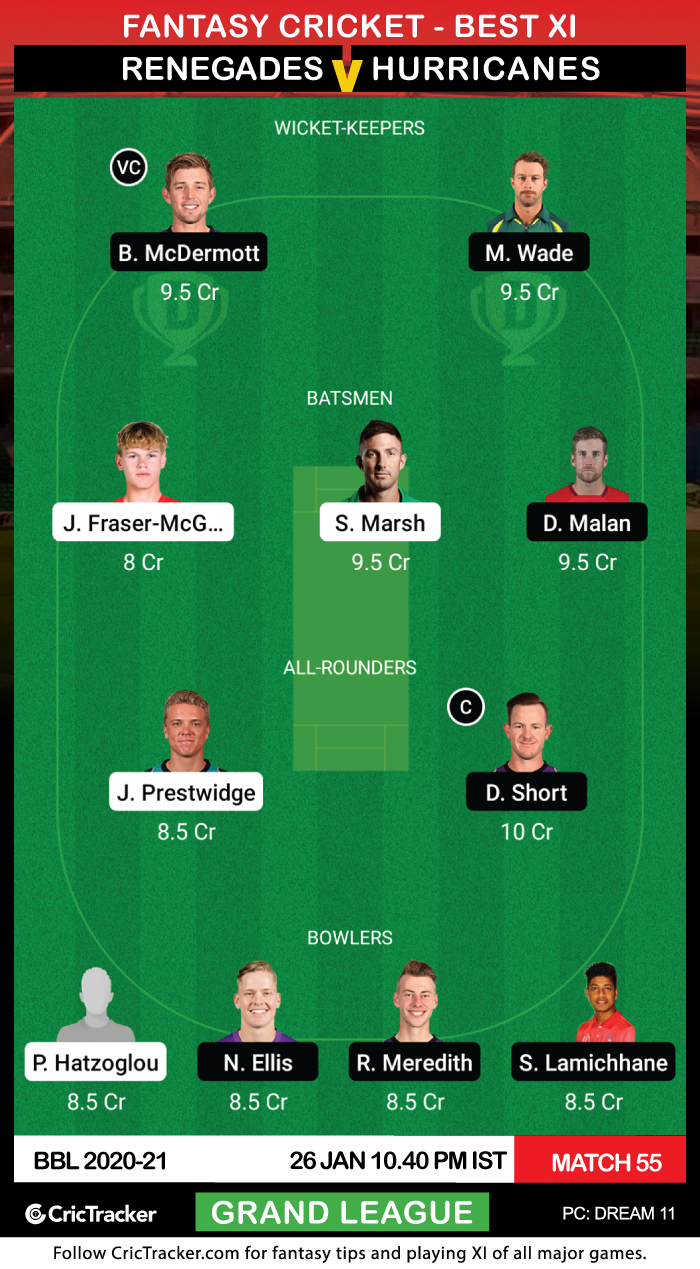 Peter Hatzoglou is one of the finds of the season. He has featured in five consecutive Dream11 Fantasy Dream Teams. He has been consistent throughout and is a must pick.

Hobart Hurricanes are expected to win this match.