It is wise not to make Daniel Hughes captain of your Fantasy team. 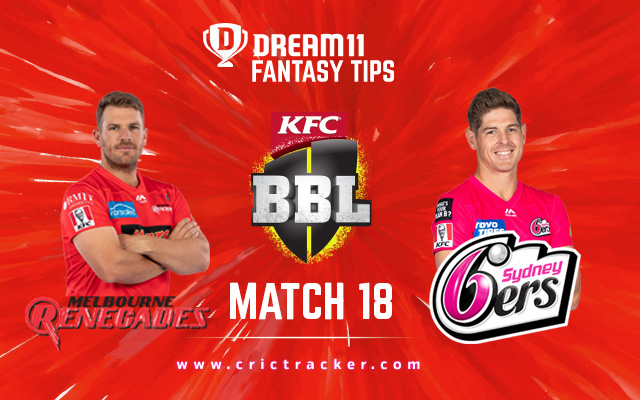 The 18th match of the Big Bash League (BBL) 2020-21 will be played between Melbourne Renegades and Sydney Sixers at the Carrara Oval in Queensland.

This match will start at 12:40 PM IST (5:10 PM local). It will be live on Sony Sports Network and can be streamed live on Sony LIV.

The Melbourne Renegades and Sydney Sixers will meet each other for the second time in the ongoing BBL season. Last time the two teams locked horns, the Sixers emerged as the winners by a huge 145 runs. Chasing 206, the Renegades got bundled out for just 60. The Sixers are in a brilliant position in the points table with three wins from four matches.

The Renegades, on the other hand, are struggling with only a solitary win which came in their opening game of the season. Since then they have lost three back-to-back matches. They are coming off a another huge defeat by 129 runs against the Sydney Thunder. Renegades were bundled out for just 80 runs chasing 210 and their batting will have to step up big time to have any chance to beat the in-form Sixers.

It will be cloudy for the whole day in Queensland on Tuesday but there is no chance of rain according to the forecast. The temperature will hover around 26-28 Degrees Celsius.

In the only match played at the venue this season, the Sixers chased down 194 in the last over in dramatic fashion. The pitch here seems to be flat and the team winning the toss is expected to bowl first.

Record of the Chasing Teams

Josh Philippe has scored 124 runs in four innings so far this season. He scored a 57-ball 95 in the last face-off against the Renegades and is a good pick for this match.

Daniel Hughes played a brilliant hand of 96 runs in the previous game against the Melbourne Stars. He has so far mustered 183 in four innings at a strike-rate of 144.09.

Also Read: 5 Cricketers who missed out from ICC Test team of Decade

Tembal Bavuma walks off without edging the ball

Ben Dwarshius has picked eight wickets so far in four outings but has conceded runs at an economy of 8.72.

Rilee Rossouw has scored 93 runs in four outings this season at a strike-rate of 143.07.

Kane Richardson is the highest wicket-taker of the team with seven scalps to his name.

IPL 2022: David Warner hints at his participation in mega auction after SRH snub 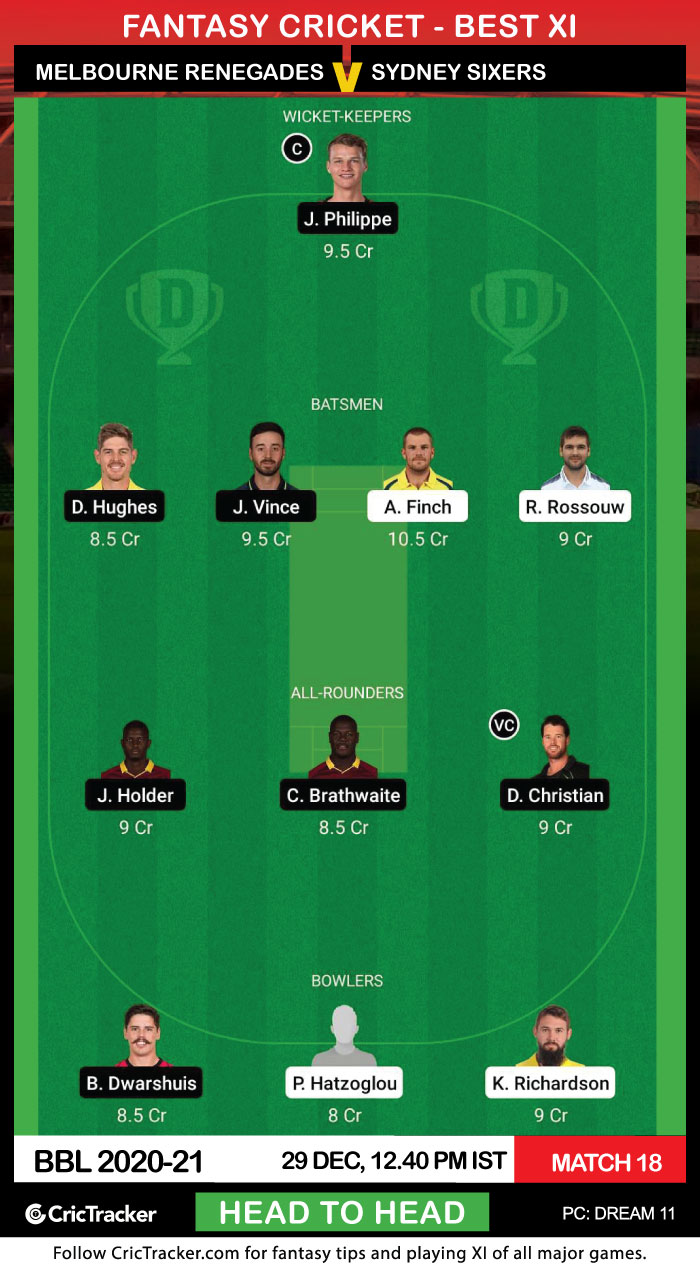 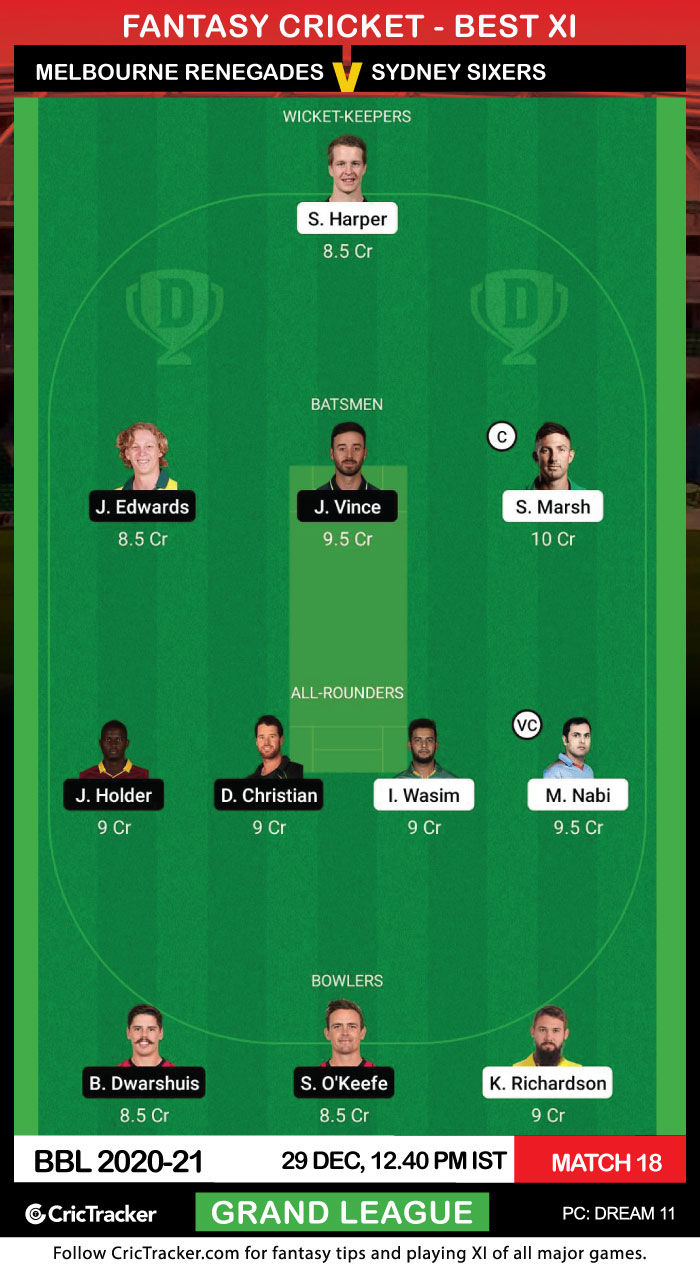 Daniel Hughes played once in a lifetime innings against Stars in the previous game. He might not play such an innings in this game. It is better not to make him captain of your Dream11 Fantasy team in this match.