Dilshan and Sehwag are two of the best captain options for this match.

The third match of Road Safety World Series 2020 will be played between India Legends and Sri Lanka Legends at the Dr DY Patil Sports Academy in Mumbai.

The match starts at 7:00 PM local time & IST (1:30 PM GMT). This match will be live on Colors Cineplex, Colors Kannada Cinema. Live Streaming will be available on Voot and Jio.

India Legends will lock horns with Sri Lanka Legends in the third match of the ongoing Road Safety World Series. DY Patil Sports Academy will make its debut as the venue for the competition on Tuesday after the first two matches were played at the Wankhede stadium. Both the teams won their opening games. While India brushed aside West Indies Legends, Sri Lanka clinched the thriller against Australia.

It is likely to bring back the memories of 2011 World Cup final. As many as eight players – Muttiah Muralitharan, Sachin Tendulkar, Virender Sehwag, Zaheer Khan, Chamara Kapugedera, Tillakaratne Dilshan, Yuvraj Singh and Munaf Patel – are featuring in this match. No wonder both teams will give their best to win this game as the fans continue to enjoy the extravaganza.

The weather in Mumbai continues to say perfect for a game of cricket. There is no chance of rain coming down at any stage while the temperature will hover around 25 Degrees Celsius during the match according to AccuWeather. Dew is also expected to play its part, especially in the second innings.

This is the first match of the tournament at the venue. To start with, a flat track should be on offer while the team winning the toss should look to field first with the dew likely to play an important part later in the game.

Muralitharan suffered from a niggle in his groin while playing the previous game. But he is expected to be fit for this match.

Sachin Tendulkar and Virender Sehwag are the must-have players from India Legends in your Dream11 Fantasy team. Sameer Dighe did well behind the stumps in the tournament opener to eke out more points while the likes of Zaheer, Ojha and Munaf were also amongst the wickets.

For Sri Lanka, Tillakaratne Dilshan has to be picked without any doubt. He opened the innings with the bat in the previous game while also picking three wickets with the ball. Rather he could be the perfect captain option. Rangana Herath and Chaminda Vaas can also play a crucial role with the ball. 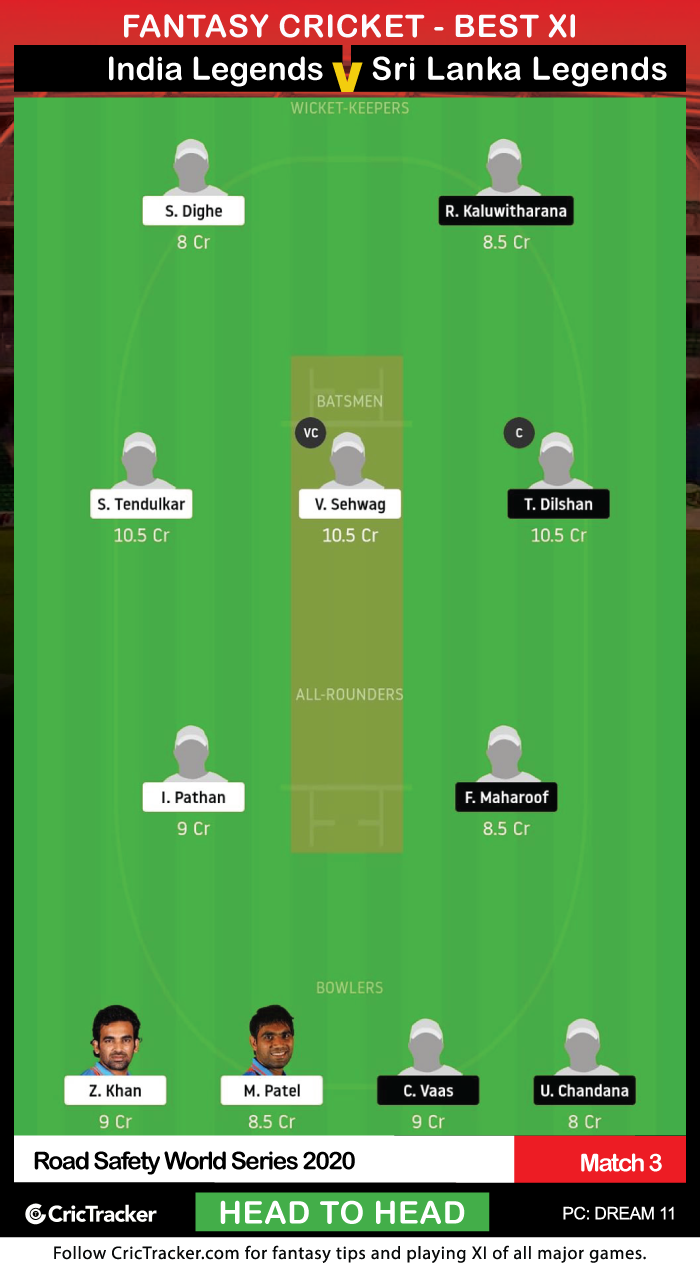 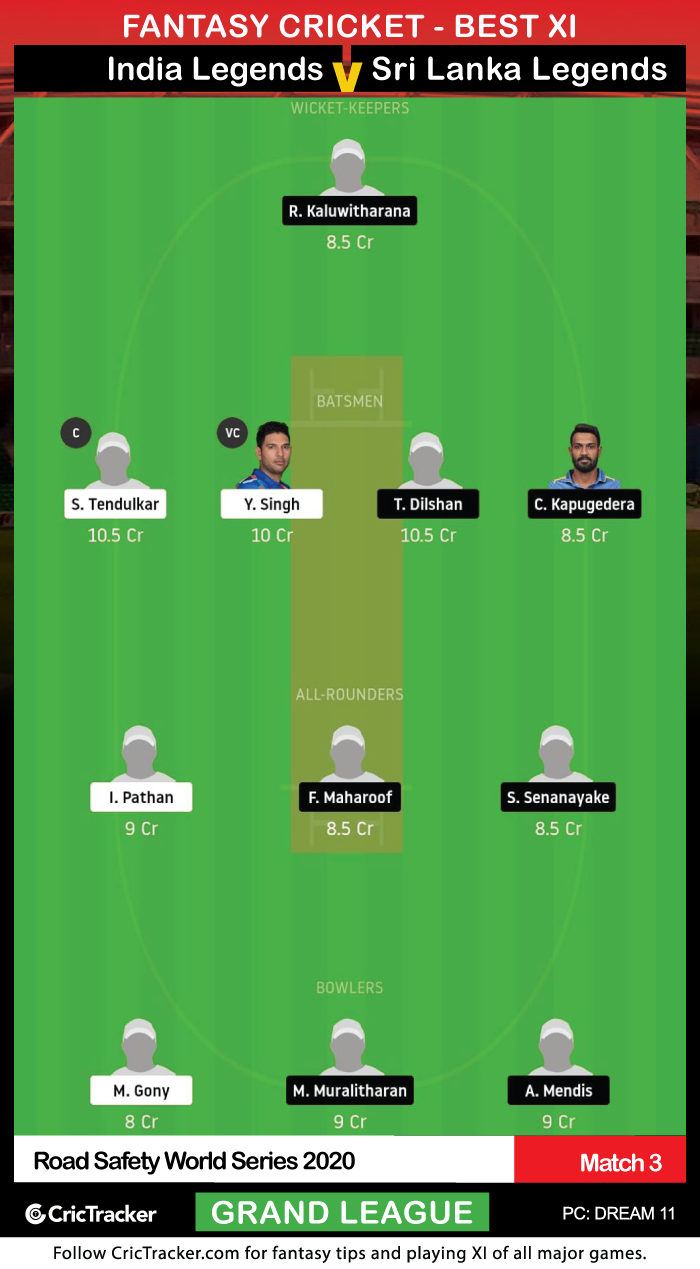 Rangana Herath didn’t enjoy great success during his playing career against India. Though he picked two wickets in the previous game, it would be wise to not pick him in the Dream11 Fantasy team.

India Legends are expected to win this game.