The 21st match of the ECS T10 Barcelona 2020 will be played between rival Sporting CC and Minhaj Cricket Club at the Montjuic Ground, Barcelona.

Raval Sporting CC and Minhaj Cricket Club will face each other in the 21st game of the ECS T10 Barcelona, at the Montjuic Ground, Barcelona on Monday. This is the first match of the day after a two-day break and hence both the teams will come into this game with their batteries fully recharged.

Minhaj Cricket Club are placed at the seventh spot in the points table, having won only one match out of the five they have played so far. On the other hand, Raval Sporting CC are placed next to them at the 8th spot, as they have lost both of their first two matches. Both teams have some quality players in their ranks and would like to get their campaigns on the winning track.

It will be partly cloudy during the match time in Barcelona on Monday. The temperature will loom around 18 degrees Celsius.

The track at Barcelona has been pretty good for batting. The pitch does not remain the same in the second innings, hence chasing would not be a good option here.

121 (Five matches played at this venue)

Muhammad Riaz has scored 102 runs and also picked up 4 wickets in 3 matches, which includes a 2-wicket haul in his last match.

Ishan Patel was the highest run-scorer for Raval Sporting CC in the previous edition of ECS T10 Barcelona. He scored 189 runs in 7 innings at a strike rate of 187.

Sarfraz Ahmed has been decent with the bat, as he has managed to score 81 runs. Besides that, he has also picked up 3 wickets.

Manish Manwani was in brilliant form with his all-round skills last season. He picked up 13 wickets in 7 matches. In the first match, he scored 30 quick runs and picked up a wicket as well. 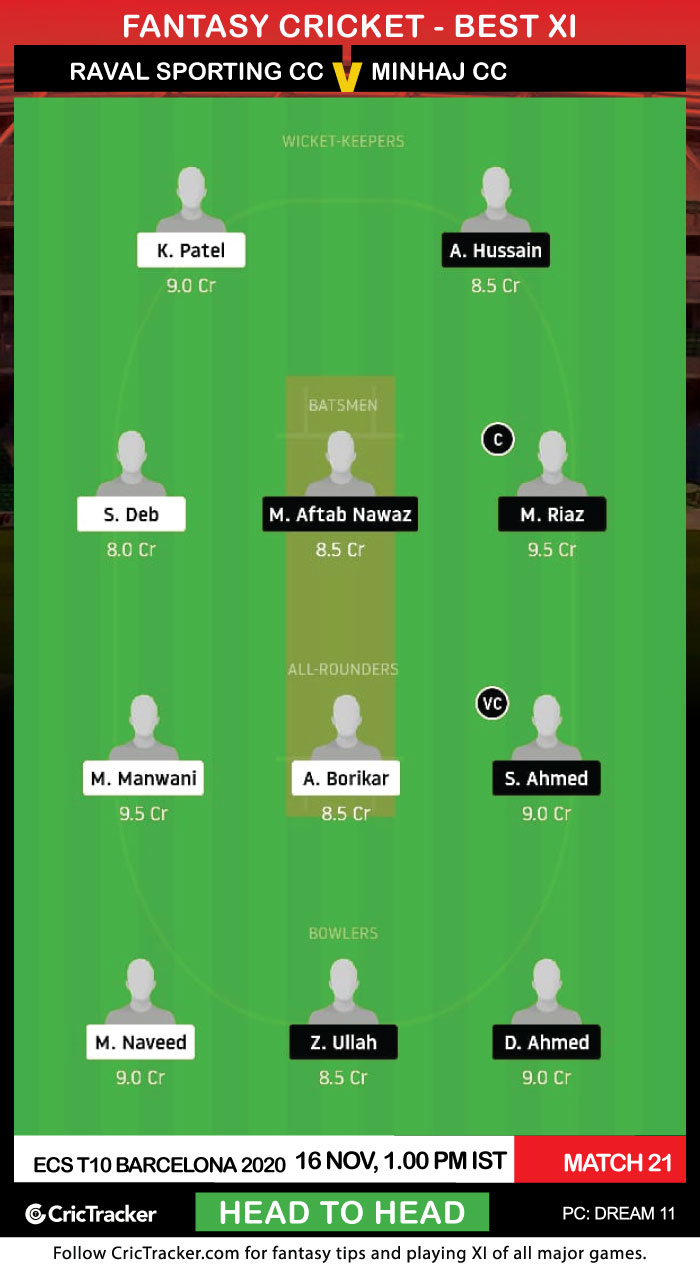 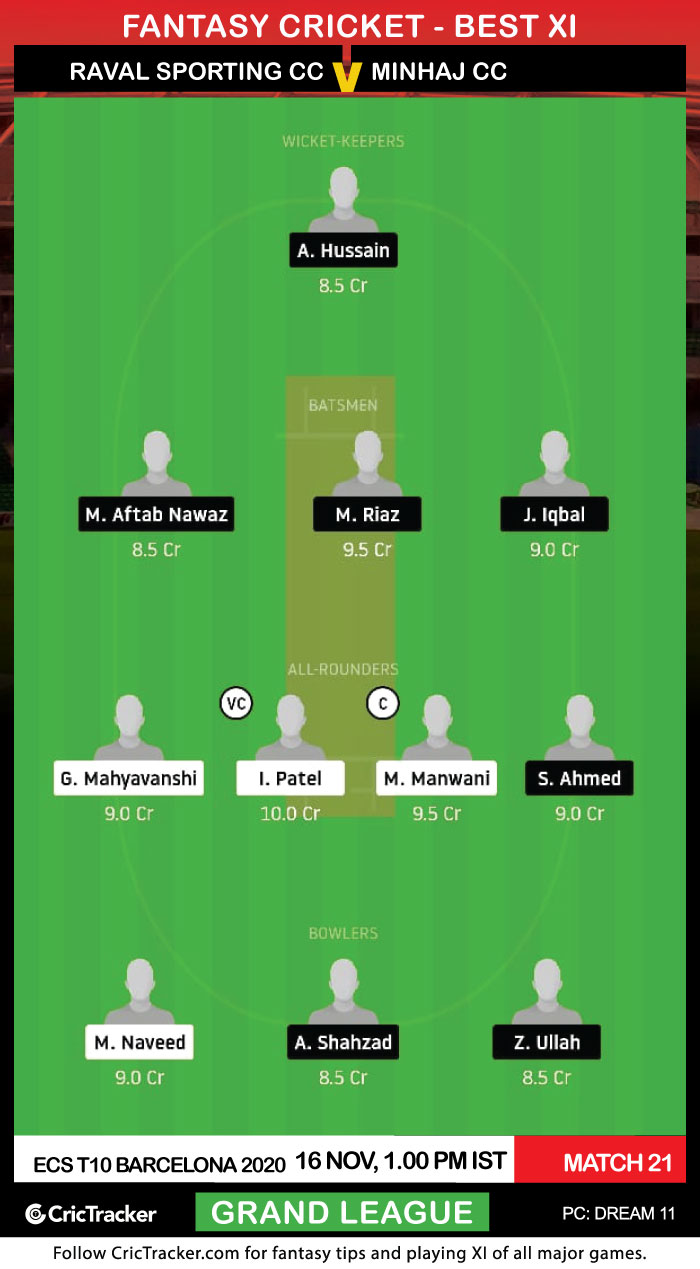 Gaurang Mahyavanshi was in brilliant form with the ball last season. He picked up 12 wickets in 7 matches he played. It is advisable to pick him in any one of your Dream11 Fantasy teams.

Raval Sporting CC are expected to win this game.