The final of the SA Quadrangular U19 Series, 2020 will be played between South Africa Under-19s and India Under-19s at Kingsmead in Durban.

India U19 has been literally winning everything so far on their South Africa tour. As far as this series is concerned, the team has won all the three matches batting first. The hosts South Africa U19, who lost to them by 66 runs in the tournament opener, will challenge them in the final on Thursday. They were tied on 4 points along with New Zealand after losing to Zimbabwe but pipped the Kiwi colts on NRR.

As far as the momentum going into the final is concerned, it is clearly with the boys in blue. Though they rested some of their top performers in the previous game, it was a comfortable win (120 runs) for them. Moreover, the likes of Ravi Bishnoi, Divyansh Saxena among a few others are expected to return for the big final. The only worry for India U19 is that they have won all their matches batting first and could be tested if South Africa bat first in the big match.

It will be cloudy for almost the whole day in Durban on Thursday. The rain is expected to come around 5 PM by which the game is expected to finish. The temperature will hover around 28-30 Degrees Celsius according to AccuWeather.

The surface at the Kingsmead has turned out to be a good one for the team batting first. Chasing has proved to be tough in all the three matches and the trend should continue for the final as well. Having said that, there might be a temptation to bowl first with the new ball expected to swing under overcast conditions.

Average first innings score: 257 (Three matches played at the venue in this tournament)

South Africa U19 skipper Bryce Parsons has scored 185 runs in three outings so far and he should be picked in your Dream11 Fantasy team. Mondli Khumalo has picked seven wickets so far at an average of 18.57 which makes him an exciting pick for this match. Odirile Modimokoane has also scalped six wickets in a couple of appearances.

For India U19, Yashasvi Jaiswal (97 runs at 32.33) and Divyansh Saxena (135 runs at avg of 135) are top picks. Sushant Mishra, with 10 wickets to his name, is a top bowler in the tournament and is likely to make an impact again in the final. Tilak Varma is another batsman who will bat in the top order and score runs at will. 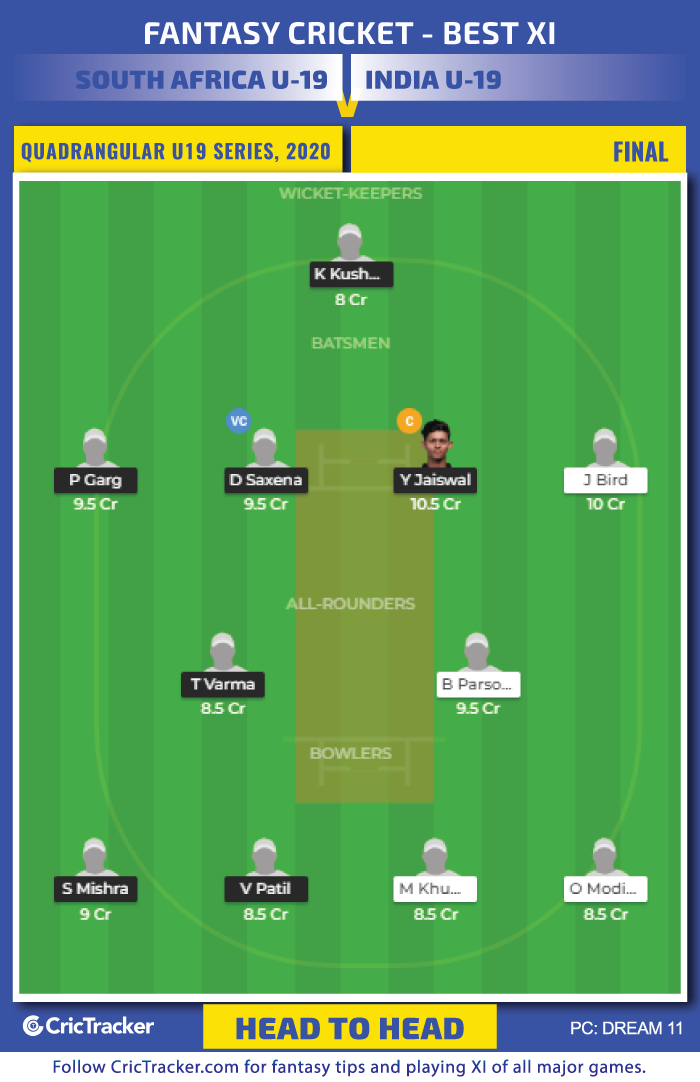 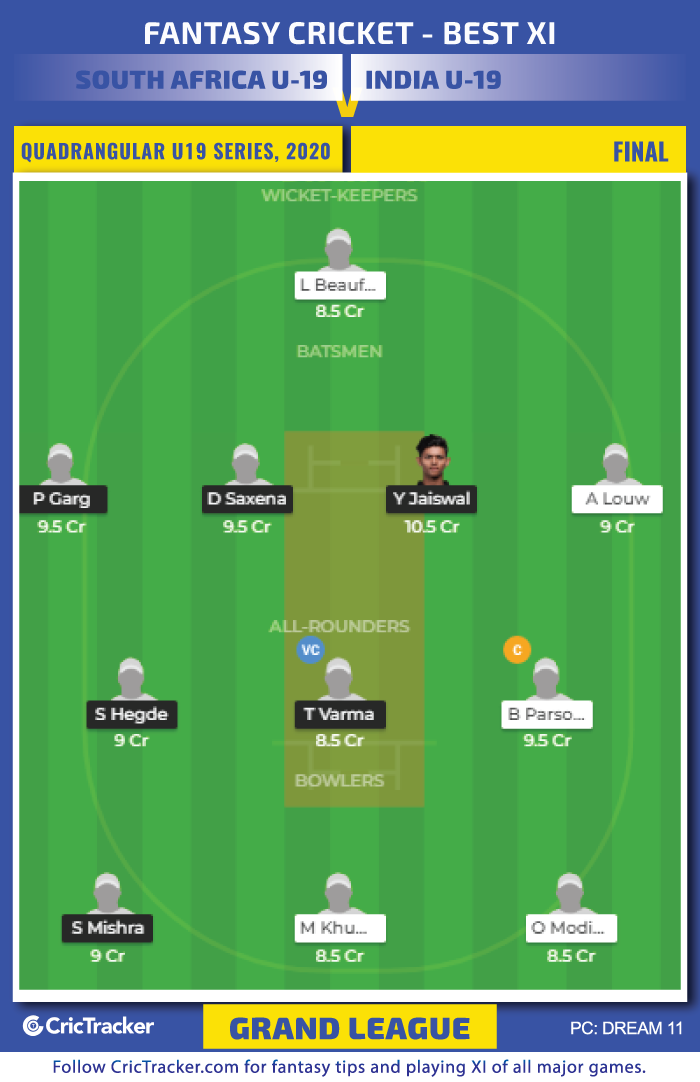 Uncertainty around the playing XIs continue for the final as well with the teams making constant changes throughout the competition. We have tried our best to form a perfect XI. But still it would be wise to wait for the confirmed playing XIs to be announced after the toss.

India Under-19s are expected to win this match.