Virat Kohli will take part in the series decider. 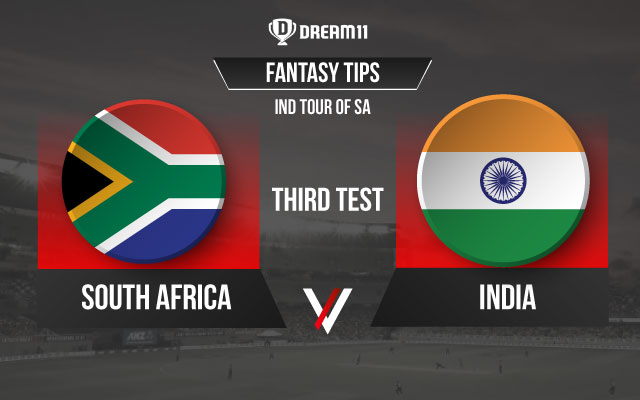 South Africa and India will battle it out in the third and final Test of the three-match series. With a gritty knock from the skipper, the hosts levelled the series 1-1 with an impressive win in the second Test by 7 wickets. Duanne Olivier’s addition was a boon for them as he wicket up some crucial wickets. The Proteas showed great technique against the top-quality Indian pace attack especially in the second innings, despite getting massive blows often on the body.

India, on the other hand, missed their skipper Virat Kohli badly in the second Test. They were short of runs in the 1st innings although they showed more intent in the second. Experienced duo Pujara and Rahane scored half-centuries in the second innings and showed everyone they still have huge potential to score runs in the tough conditions. They haven’t won a Test series on South African soil and it’s an amazing opportunity for them to create history.

It’s a fast-paced track where the bowlers can extract extra bounce and pace. There will be a challenge for the batters to face the seamers. It’s hard to chase on the fourth innings and hence batting first is a good option here.

Dean Elgar played one of the best innings in his career in the second innings of the 2nd Test. Taking blows often, he batted extremely well to give his side a 7-wicket victory. In 2 matches in this series, he has scored 202 runs at an average of 67.33, with the highest score of 96*.

Lokesh Rahul is a technically sounded player and has adapted well to the bouncy surfaces of South Africa. Including a century and a half-century, he has scored 204 runs in 2 matches in this series at an average of 51.

Marco Jansen has impressed the cricketing fraternity in his debut Test series. In 2 matches, he has already bagged 12 wickets and has also scored 53 runs with the bat.

Ravichandran Ashwin showed more resistance against the South Africa quicks in the second Test and accumulated valuable runs with the bat down the order. In 2 matches in this series, he has scored 80 runs and picked up 3 wickets.

Kagiso Rabada has picked up the most wickets in this series with 13 scalps to his name. He is fierce and bowls with the same energy every time he runs in. He is a must-pick player for your fantasy teams.

Lord Shardul Thakur is a genuine wicket-taking bowler. He recorded his career-best figures of 7 for 61 in the first innings of the 2nd Test. In 2 matches in this series, he has scalped 10 wickets and has also scored 42 runs.

Rishabh Pant faced a lot of criticism for his shot selection in the second Test. He is an instinctive batter and can score runs at a brisk pace. He should be the first choice wicketkeeping option for your fantasy teams.

SA vs IND Must Picks for Dream11 Fantasy Cricket: 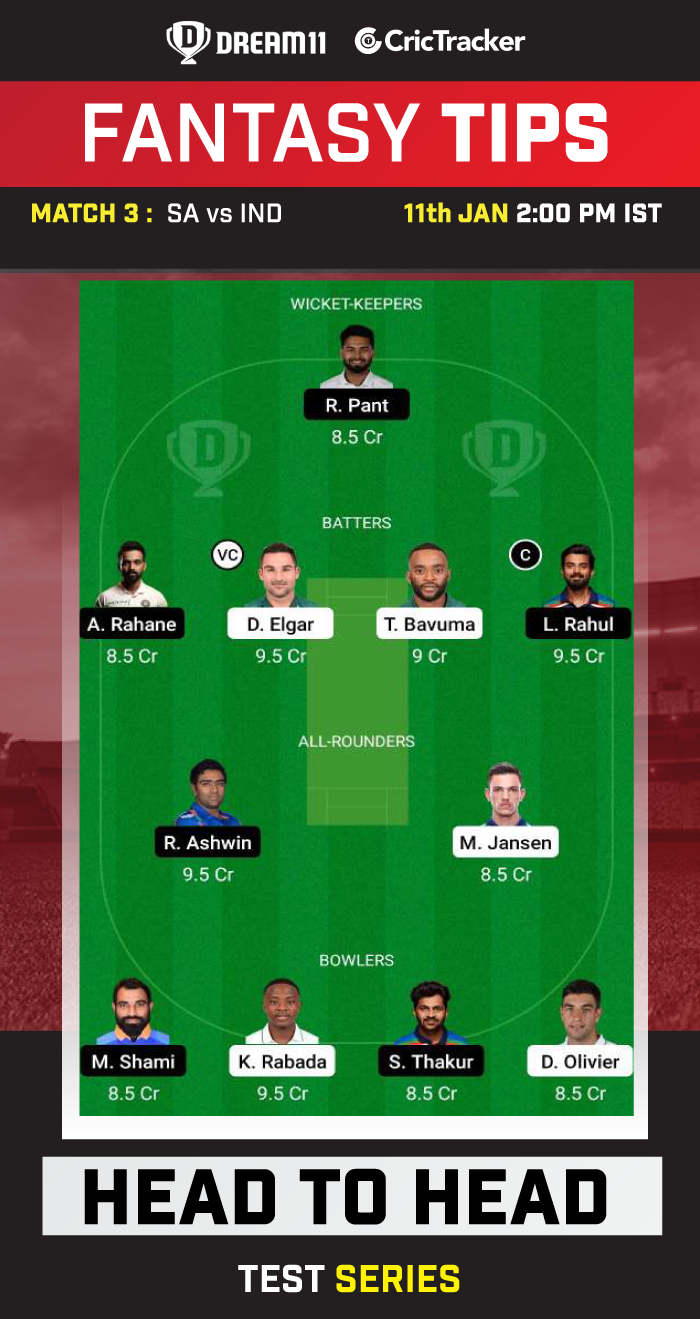 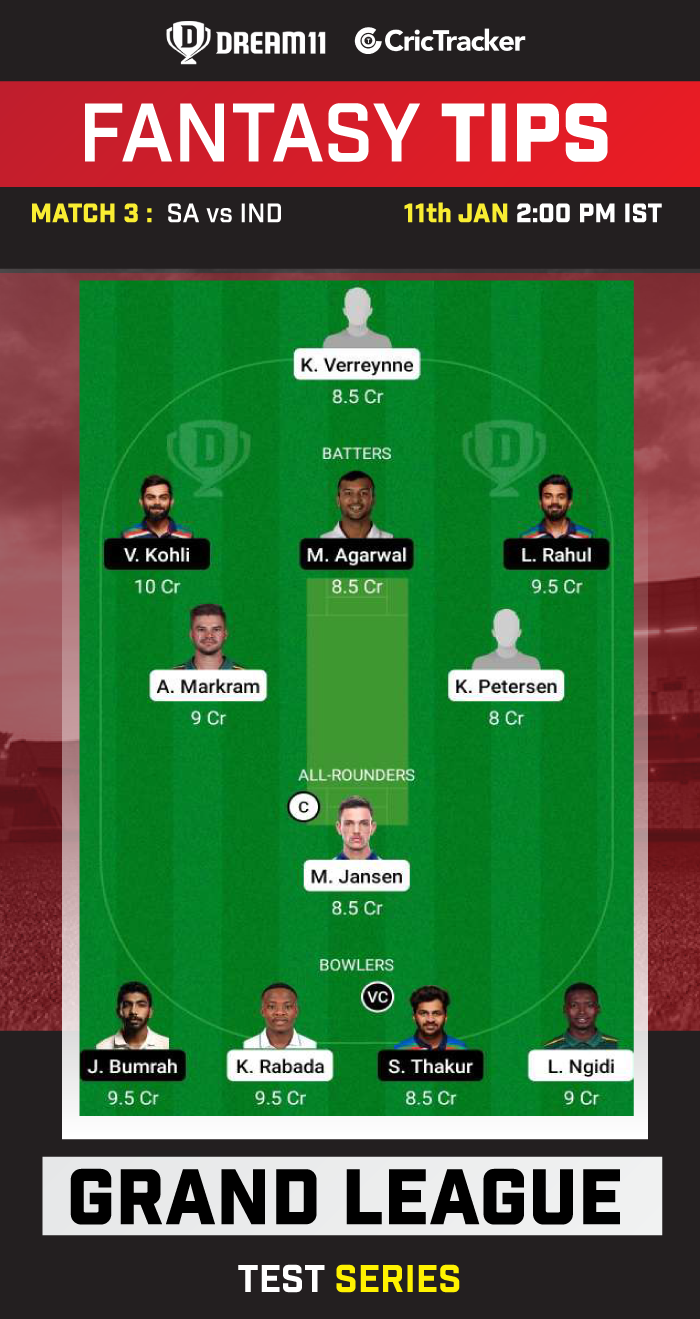 Temba Bavuma has struck 161 runs in 2 matches so far in this series at an average of 80.5. You can take a risk and pick him as your fantasy team skipper.

Mayank Agarwal is getting good starts, but he has failed to convert them to big ones so far in this series. He is a risky captaincy pick for your fantasy teams.

Keshav Maharaj has bowled only 20 overs in this series and went wicketless, whereas with the bat he has scored only 41 runs. It’s better to avoid him while making your fantasy teams.