Heading into this game both sides will look to take an early lead in the series.

South Africa and the Netherlands will battle it out against each other for the first ODI on Friday, November 26. The former had an impressive run in the T20 World Cup 2021 and will enter this series with good form by their side. Quite a few key players are not a part of the setup for this ODI series and Keshav Maharaj has been named as the captain of the side.

The Netherlands, on the other hand, had a dismaying outing in the World Cup. They will aim to change the fortunes this time around. Heading into this game both sides will look to take an early lead in the series.

The pitch is expected to be inclined towards the batters. On winning the toss, opting to chase can be a good alternative on this deck.

Janneman Malan has scored 645 runs from 10 matches so far at a stunning average of 92.14.  He will be a good player to bank on for this game.

David Miller’s contributions will be important for the side. He is one of the key players of the team and will look to make a larger impact on the side. From 136 ODIs he has smashed 3355 runs.

Dutch skipper Pieter Seelaar will have a lot of hopes pinned on him. From 46 ODIs, he has scored 191 runs and has also picked up 54 wickets.

Dwaine Pretorious looked quite impressive in the T20 World Cup 2021. He comes in handy with his excellent all-round abilities and will be determined to perform for the side.

Tabraiz Shamsi is one of the strongest links of South Africa’s chain. He has been exceptional for the team and will be keen on producing some impactful performances for the side in this series. From 30 ODIs, the spinner has scalped 40 wickets.

Keshav Maharaj will lead the side and will wish to make a difference for the team with the ball. He has picked up 19 wickets from 14 matches.

Scott Edwards has chipped in 155 runs from nine ODIs. He will be determined to perform for the side and can be a good pick for this game. 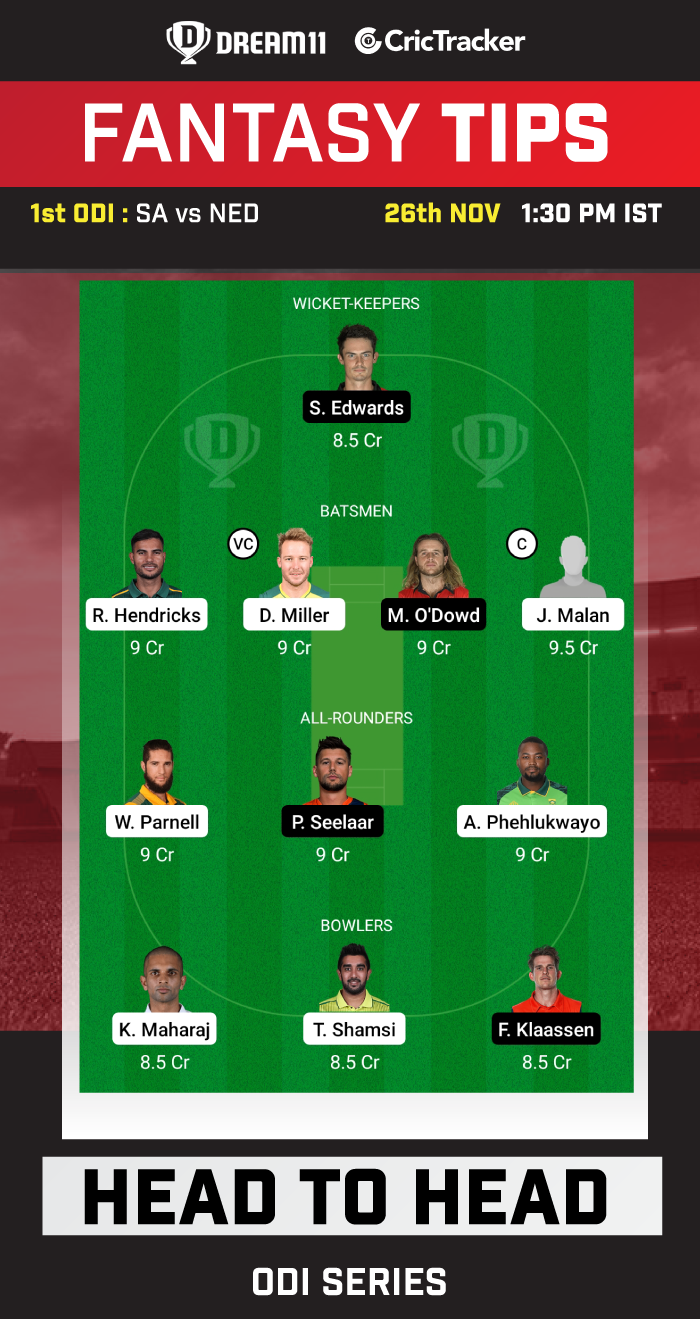 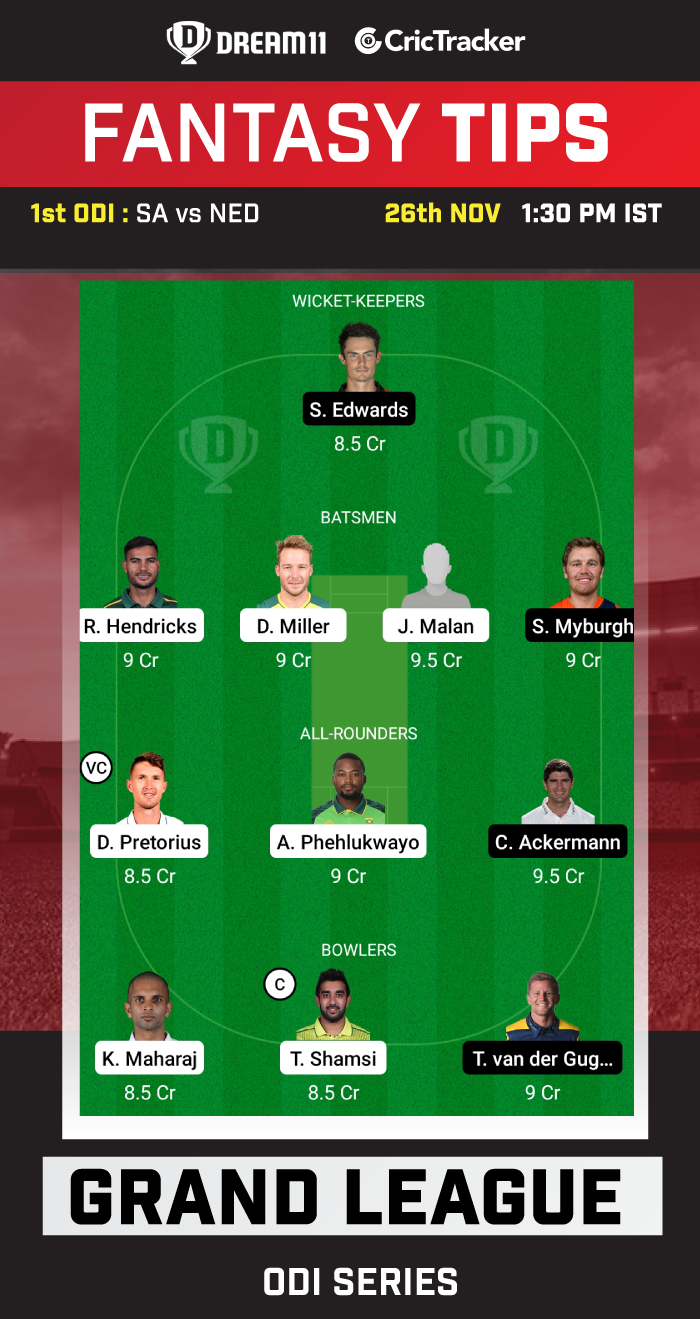 Reeza Hendricks did not appear at his absolute best in the recently concluded T20 World Cup 2021. He averaged only 14, but is usually a reliable batter and thus can be a risky captaincy choice.

Kyle Verreynne has played only eight ODIs. He can be a player one can avoid in the fantasy team.