Going into the third ODI, the series is tied at 1-1, with a winner takes all situation in front of the teams. 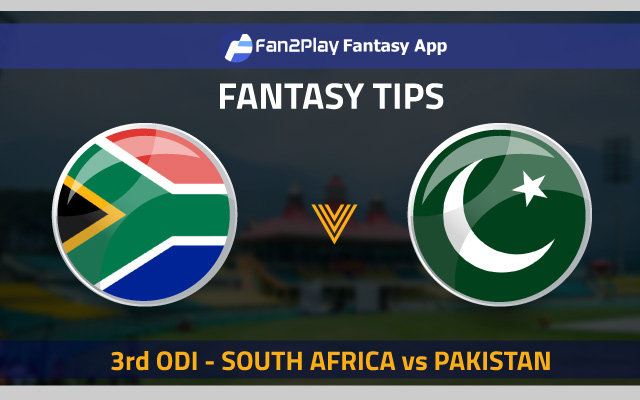 The third game of the ODI series between South Africa and Pakistan will be played at the Supersport Park in Centurion, Pretoria on 7th April 2021.

The match will start at 1:30 PM IST. The live streaming will be available on the Hotstar app and website.

After the loss in the first ODI, the hosts came back strongly, putting up a great show with the bat in the second match of the series. The fifties from David Miller, Quinton de Kock, Rassie van der Dussen and captain Temba Bavuma ensured that Proteas managed to post a total of 341 from their 50 overs. But, they won’t have the luxury of fielding two of those players in the series decider.

Miller and de Kock, along with Anrich Nortje, Lungi Ngidi and Kagiso Rabada have flown to India for the IPL 2021 and will miss the final match of this series. This could turn out to be a major loss for the hosts, who thrive with these important players. Pakistan, on the other hand, will have to take the field without their spin-bowling all-rounder Shadab Khan, who has been ruled out of the series due to a toe injury.

In the last match, other than Fakhar Zaman, no other batsman could make a handy contribution for the green shirts. But the knock of 193 from Zaman ensured that the visitors got much closer to the target than they would have expected. Considering how the two matches in this series have panned out, this last ODI should also be a close affair. But there is no doubt that Pakistan would be starting as favourites as South Africa have been forced to have a depleted side for the final match.

The right-handed middle-order batsman has not put a foot wrong so far in this series. He followed up his maiden ODI ton from the first game with a quickfire 60-run knock in the second match. He faced only 36 balls during that innings, which helped them change the momentum of the game completely. With the kind of form which he has shown, there is no doubt that his inclusion will help you fetch a lot of points.

The left-handed batsman played an outstanding knock of 193 runs in the second match of this series. His knock not only propelled Pakistan to have an outside chance of chasing down that total but also put the Proteas under tremendous pressure for some time in the game. Having said that, in the series decider, his team would need him to put up a good batting display. It should be noted that his record against South Africa is also quite good. 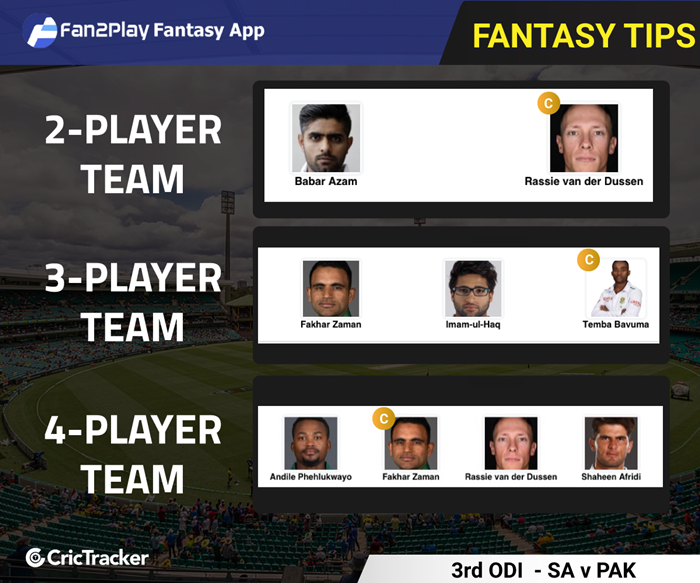 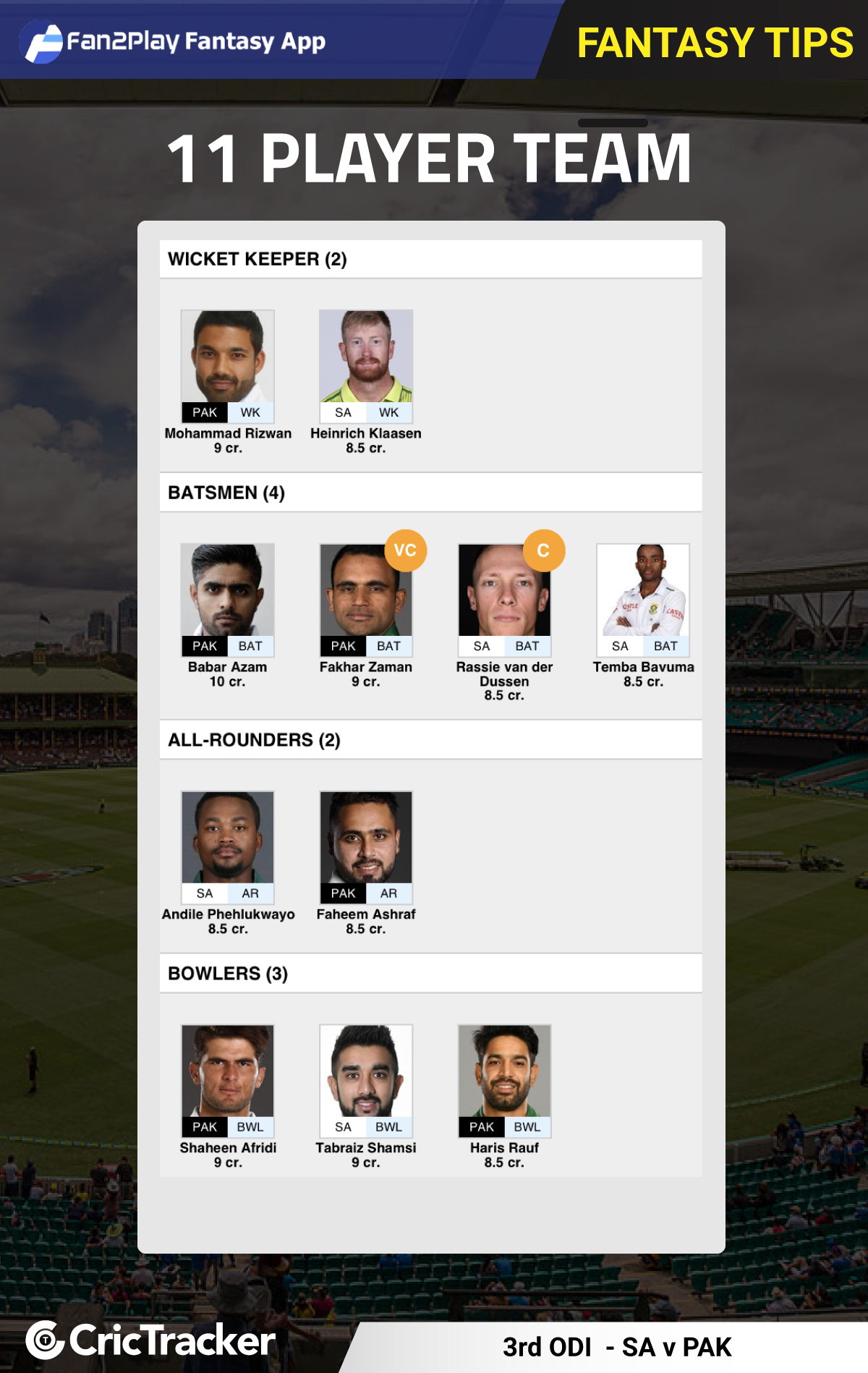