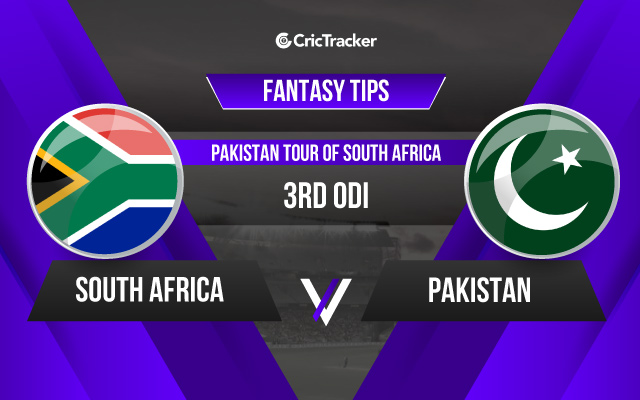 South Africa and Pakistan will lock horns in the decider of the three-match ODI series on Wednesday. The hosts denied the spirited Fakhar Zaman in the last game who scored 193 runs in a mammoth chase of 342 runs. The series is locked at 1-1 now and the fans will definitely get to witness a thrilling encounter. However, South Africa have lost five of their players due to IPL while Pakistan will also miss Shadab Khan who has been ruled out.

Babar Azam is definitely a top pick for this match. He has so far scored 103 and 31 runs in the first two ODIs and with South Africa missing the likes of Rabada and Nortje, the Pakistan skipper will be looking to score big.

Temba Bavuma is another good pick for this encounter. He scored 92 runs off 102 balls in the last game batting at three and will be crucial again in De Kock’s absence.

All-Rounders are important in any Fantasy team. Andile Phehlukwayo and Faheem Ashraf both have done a decent job so far. The former has picked four wickets while Ashraf has accounted for a couple of scalps apart from being the economical bowler. 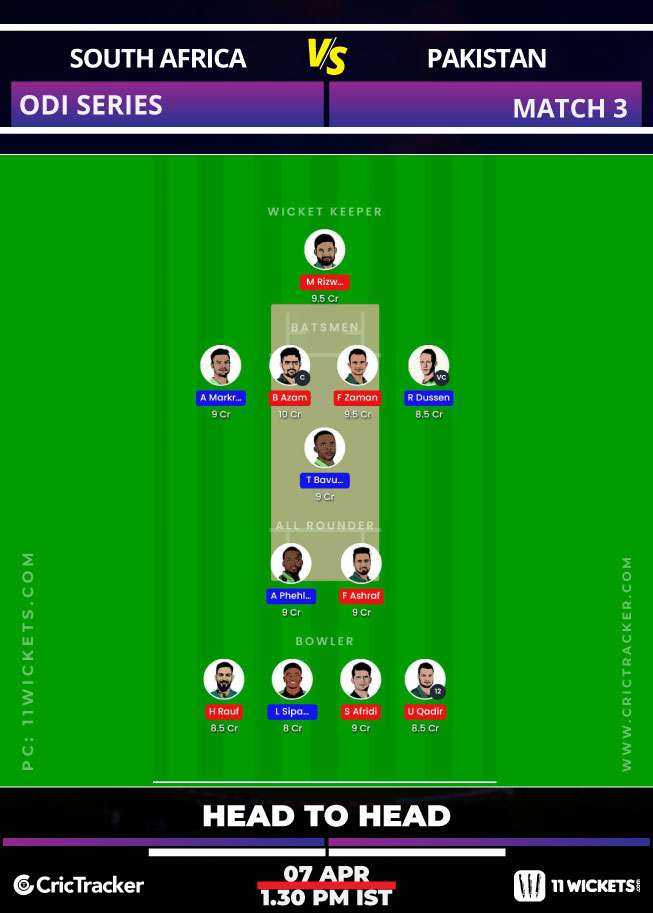 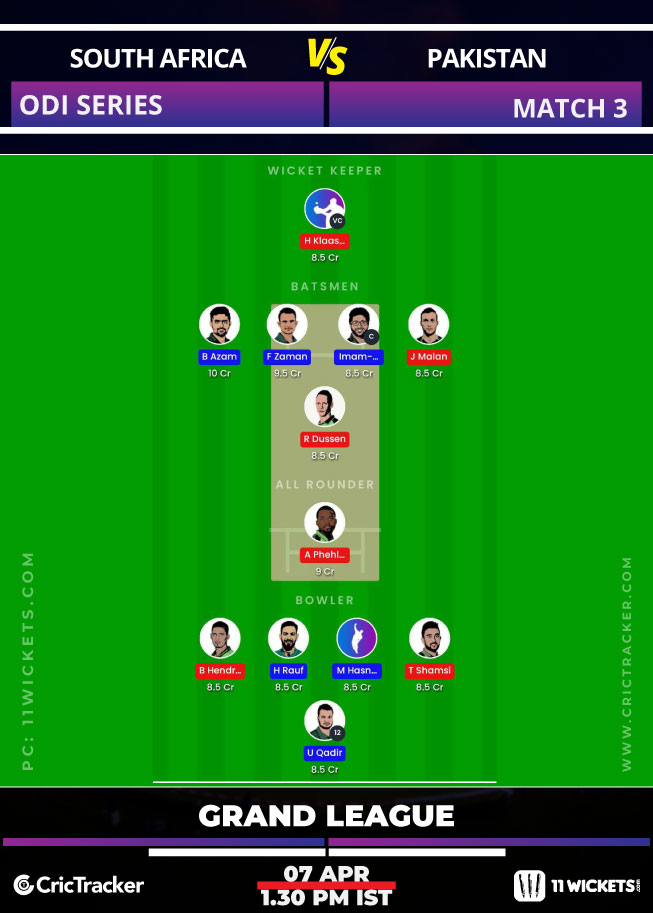