Faf du Plessis is favoured captaincy option but one of the South Africa pacers can also be made C or VC. 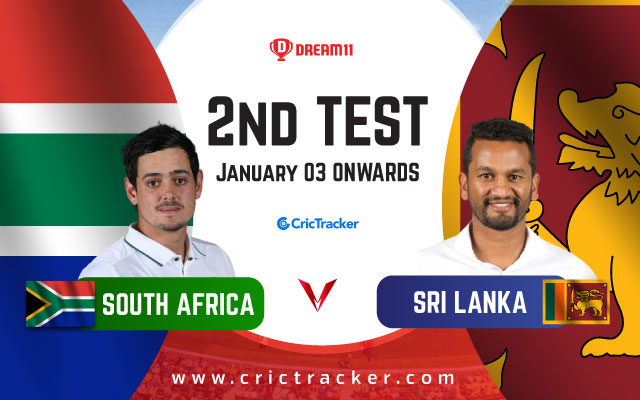 The second and final Test of the two-match series between South Africa and Sri Lanka will be played at The Wanderers Stadium in Johannesburg.

This match will start at 1:30 PM IST (10 AM local time). It will be live on Star Sports 1 and Star Sports 1 HD and can be streamed live on Disney + Hotstar.

South Africa and Sri Lanka will lock horns on Sunday in the second and final Test of the two-match series. The hosts won the first match comfortably by an innings thanks to a brilliant batting effort largely by Faf du Plessis who slammed 199. They have been boosted with the return of Kagiso Rabada for this match who missed the series opener due to an injury. However, coach Mark Boucher has hinted at an unchanged side to take the field.

Sri Lanka, on the other hand, have been caught in a spate of injuries to as many as seven of their players. Thankfully they travelled with 21 players and have 14 of them to chose from while a call on Wanindu Hasaranga’s fitness will be taken on the match day. Minod Bhanuka and Asitha Fernando are set for Test debuts while either Lasith Embuldeniya or Dilruwan Perera might play if Hasaranga fails to regain full fitness.

There is a fair amount of chance that the rain will make its presence felt on each of five days. It could well be a lengthy delay on the fourth and fifth day of the Test.

The surface at The Wanderers is known for its bounce and it generally helps the pacers. More of the same is expected once again in this Test and expect the team winning the toss to bat first.

Anrich Nortje is nursing a bruised foot and if unfit, he could be replaced by Kagiso Rabada.

Dinesh Chandimal, Dhananjaya de Silva, Lahiru Kumara, Oshada Fernando and Kasun Rajitha have been ruled out of the second Test.

Wanindu Hasaranga and Suranga Lakmal are still doubtful for the second Test and a call on them will be taken before the toss.

Faf du Plessis smashed 199 runs in the last game in the first innings. He is in great form and will clearly be keen on making a big score again.

Lungi Ngidi picked up three wickets in the previous game but his pace and nagging accuracy makes him one of the top picks for this match.

Dasun Shanaka scored 72 runs and picked two wickets in the previous game. He will have to bring his all-round game to the fore again in this match.

Dean Elgar slammed 95 runs in the first innings and the onus will be once again to give South Africa a very good start.

Quinton de Kock, the South Africa skipper, failed to get going in the last Test. But he is too good a player to miss out twice and will be definitely amongst runs in this encounter.

Suggested Playing XI No.1 of SA vs SL for Dream11 Fantasy Cricket: 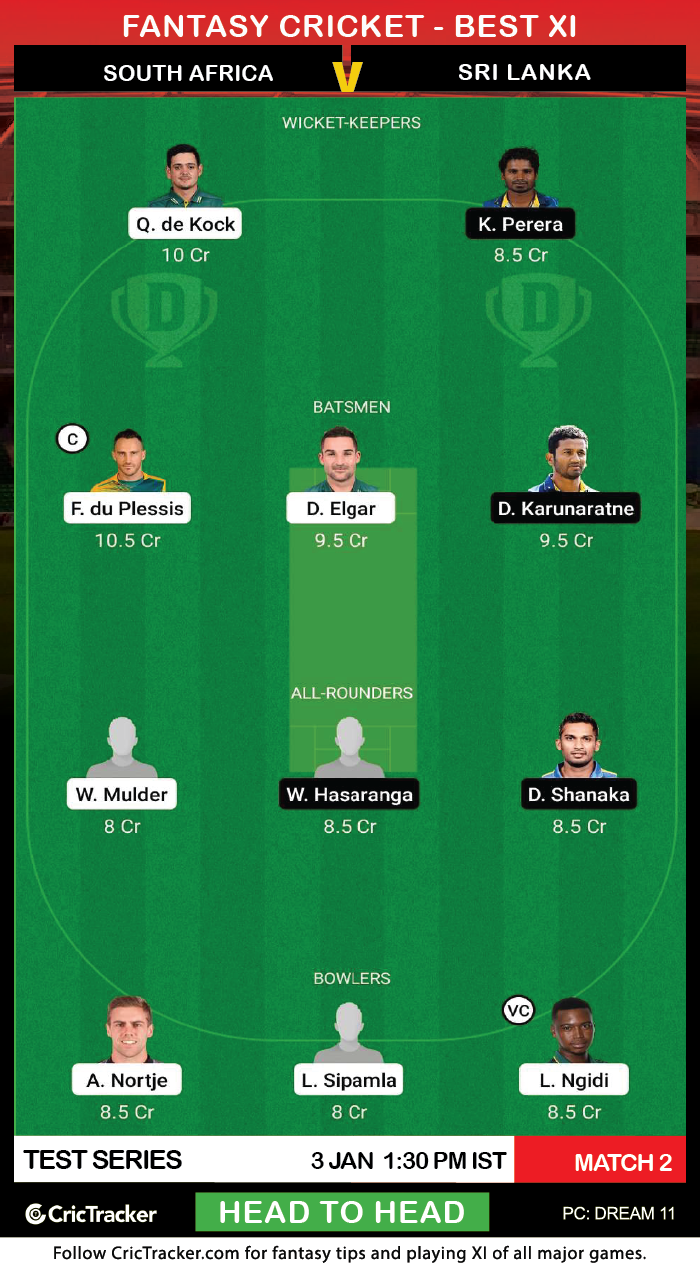 Suggested Playing XI No.2 of SA vs SL for Dream11 Fantasy Cricket: 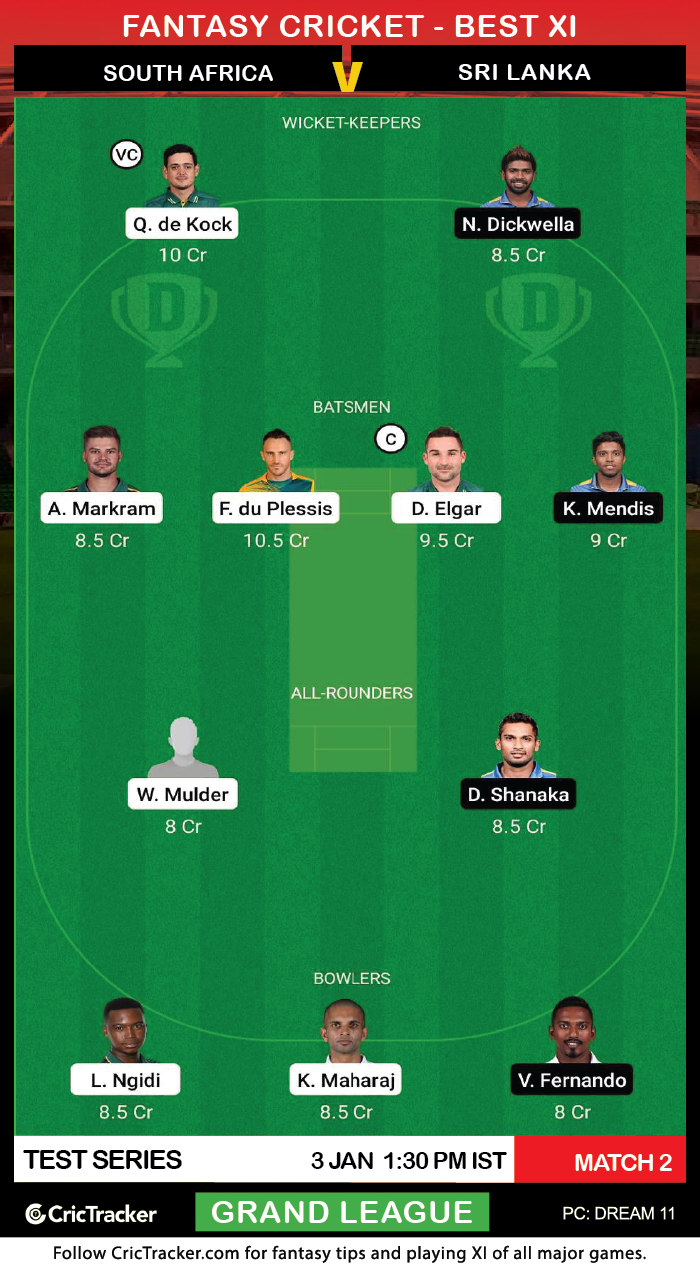 Kagiso Rabada, if he is included in the playing XI, has to be picked in your Dream11 Fantasy team and can be made captain as well given the assistance to the pacers at the venue.

If Wanindu Hasaranga doesn’t regain his fitness, then yet another South Africa batsman or bowler can be included in your team as the hosts are expected to dominate the proceedings.