Sanjay Yadav comes in handy with both the bat and the ball and can be a good pick for this match.

On the other hand, Salem Spartans have secured just one victory in the tournament, and are currently in the eighth position on the points table. They have lost their last game against Ruby Trichy Warriors and would be keen to get back to winning ways.

The pitch has assistance for both the batters and the bowlers. It is not a very high-scoring surface and thus a score of 160 would be a decent one on the pitch.

Sanjay Yadav comes in handy with both the bat and the ball. In the tournament so far, he has smashed 84 runs and has also scalped 5 wickets. He can be a good pick for this match.

Baba Aparajith has chipped in 115 runs in the tournament so far and has also picked up 4 wickets. Heading into this match, he will be an important asset for the team and would thus be determined to perform well.

Murugan Ashwin has scalped 5 wickets and has scored 81 runs in the tournament so far. He will be a good pick for this game with the experience the spinner has under his sleeves. 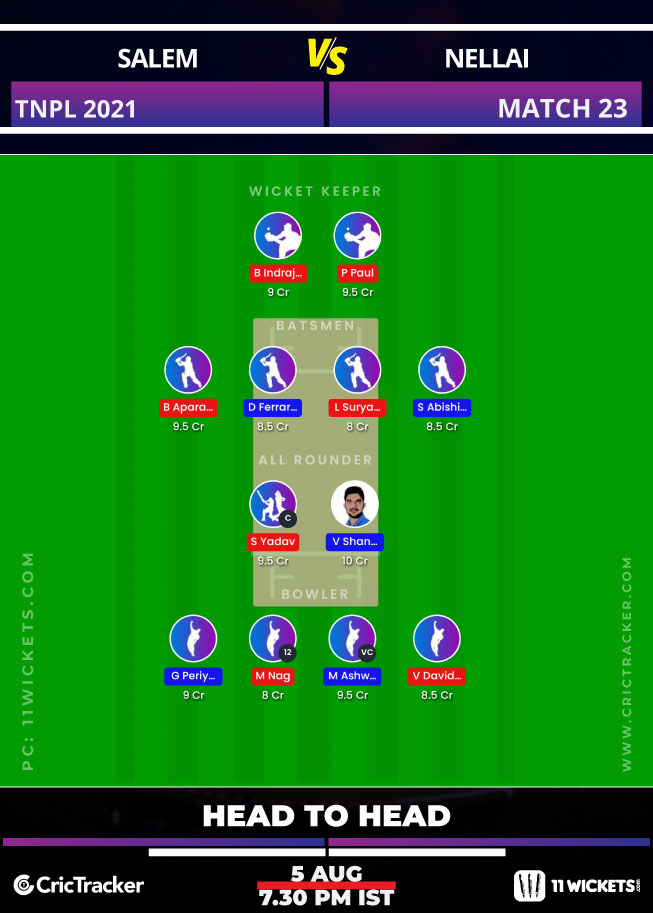 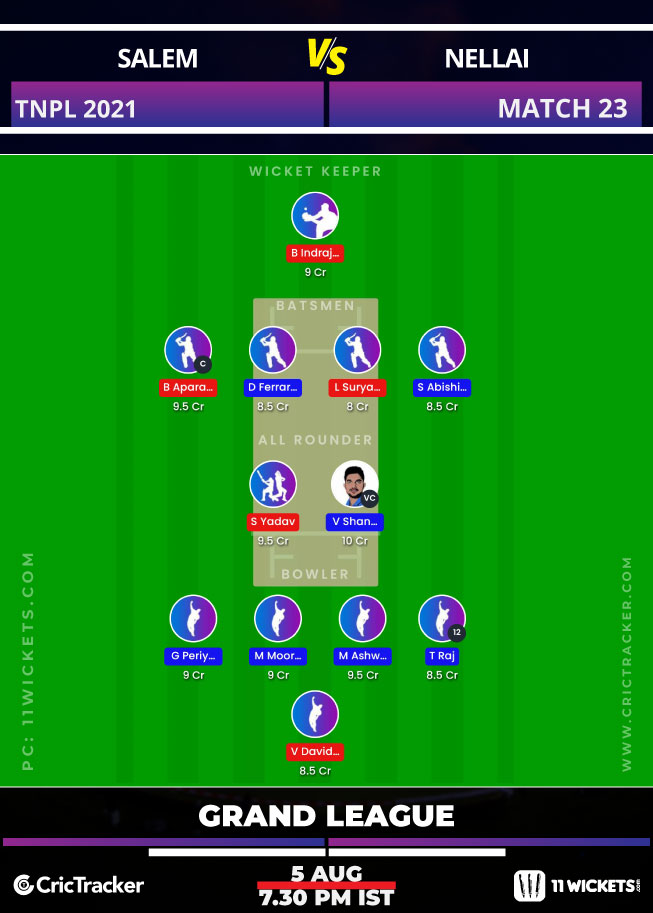