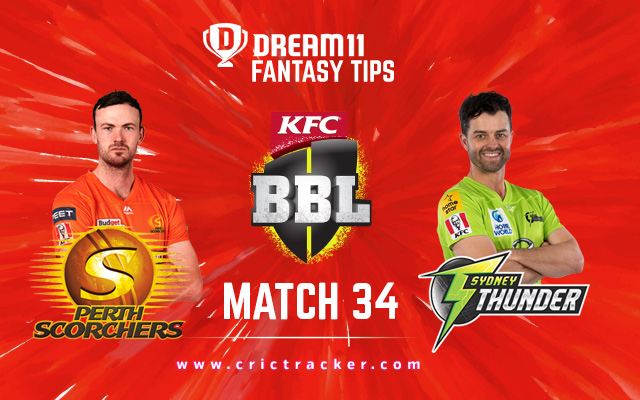 The 34th match of the Big Bash League (BBL) 2020-21 will be played between Perth Scorchers and Sydney Thunder at the Optus Stadium in Perth.

The match is scheduled to start at 01:45 PM IST (04:15 PM local time). It will be live on Sony Ten Network and can be streamed live on Sony LIV.

After a horrendous start to their 2020-21 Big Bash League campaign, the Perth Scorchers have managed to turn things around. Having failed to register a single victory in their first 4 games, the men in orange have won their last 3 games and have placed themselves amongst the semi-final candidates.

They played amazing cricket to beat the formidable Sydney Sixers, but the job will be tougher against Sixers’ local rivals, Sydney Thunder. Callum Ferguson’s men are arguably enjoying their best season in this competition. They have won 6 of their 8 games and are sitting at the top of the table, a place they would dearly want to hold on to.

It will be a cloudy-yet-hot day in Perth, with the temperature being around 32 °C. Chances of rainfall are negligible.

This pitch is perfect for the batsmen to go gungho. With that being said, the pitch also deteriorates a bit in the second innings.

Daniel Sams has not recovered from the concussion he suffered in the game against Brisbane Heat. He remains sidelined for this match.

Alex Hales has been at his destructive best in this season of BBL. He has scored 264 runs at an average of 33 and an even more impressive strike rate of over 160.

Fellow Englishman Jason Roy is also having a good season, albeit for the opposition team. Roy has scored 124 runs in 4 games at an average of over 30.

Mitchell Marsh has been very consistent with the bat for the Scorchers, having scored 172 runs at an average of nearly 60. He also has picked up 3 wickets.

Usman Khawaja’s form is getting better as the tournament is progressing. The opening batsman has scored 213 runs at an average of over 30.

Khawaja’s captain, Callum Ferguson is also batting well for the men in green. He has scored 244 runs at an average of nearly 35. 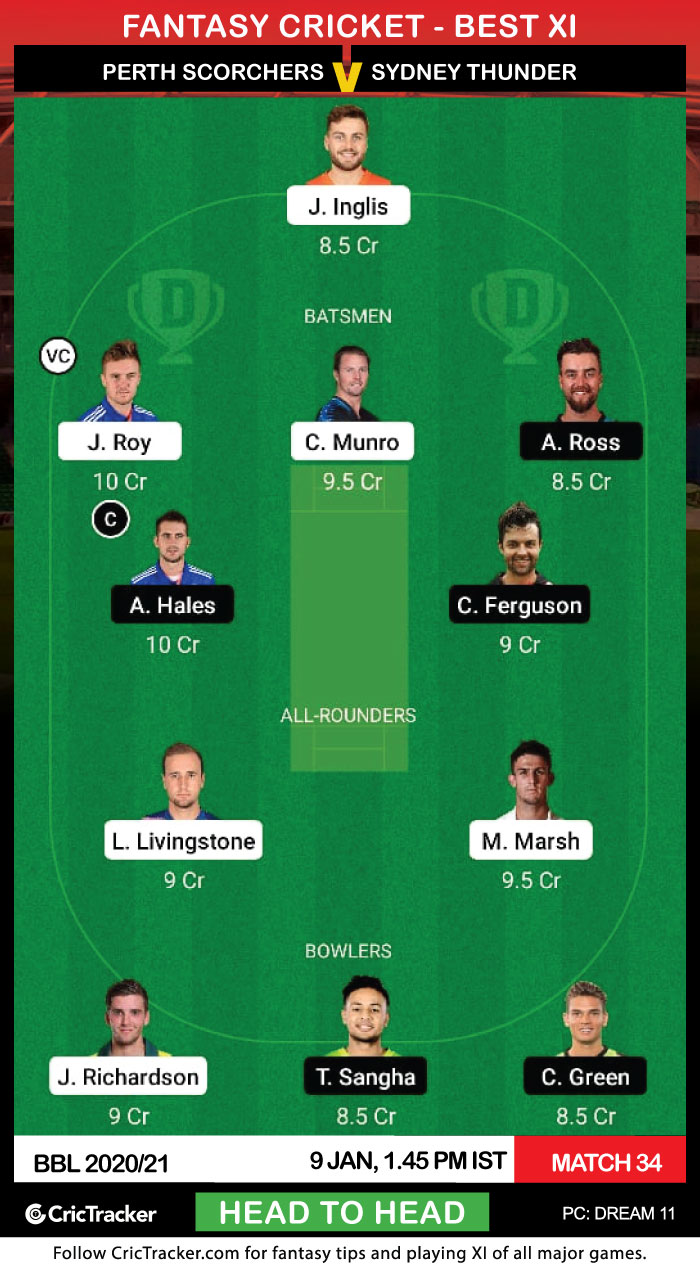 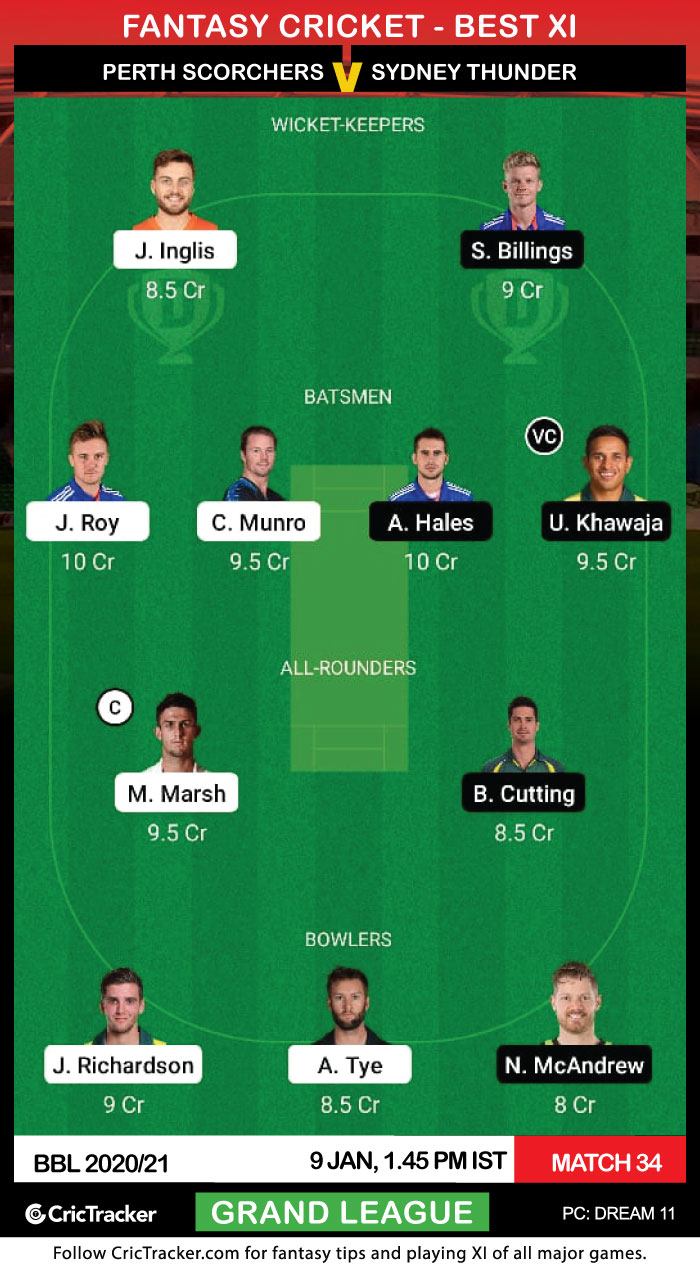 Tanveer Sangha has been the most successful bowler for Sydney Thunder in this edition’s BBL so far. He has picked up 15 wickets and has an economy rate of just over 7 runs per over. He can be a great budget pick at 8.5 Cr.