India D Women are the sheer favorites to lift the trophy.

India D Women will be up against India A Women in the Final of the Senior Women’s Challenger Trophy 2021 on Thursday. India D Women had a sensational tournament so far, they have won 3 consecutive matches on the trot and finished at the top of the standings with 12 points. They have an advantage over India A Women as they beat them by 22 runs in their previous face-off.

India A Women on the other hand somehow managed to find a place in the finals on the basis of better run-rate. With one win and 2 losses, they finished at the second spot in the standings with 4 points.

We can say it’s a balanced wicket, it might tend to slow a little in the latter half of the match. There will be assistance for the seamers in the initial overs and the spinners will play a decisive role in the middle phases of the game.

If we had three reviews during our time, Sachin Tendulkar would've scored 1 lakh runs: Shoaib Akhtar

Sabbhineni Meghana is the second-highest run-scorer in this tournament. In 3 matches, she has struck 162 runs at an average of 54 which includes one century and a half-century.

Pooja Vastrakar is leading by an example with some extraordinary all-round performances. In 3 matches, she has scored 154 runs at an average of 77 and picked up 5 wickets at an economy of 3.5.

Disha Kasat is among the runs for India A Women in this tournament. She has scored 139 runs in 3 matches at an average of 46.33. 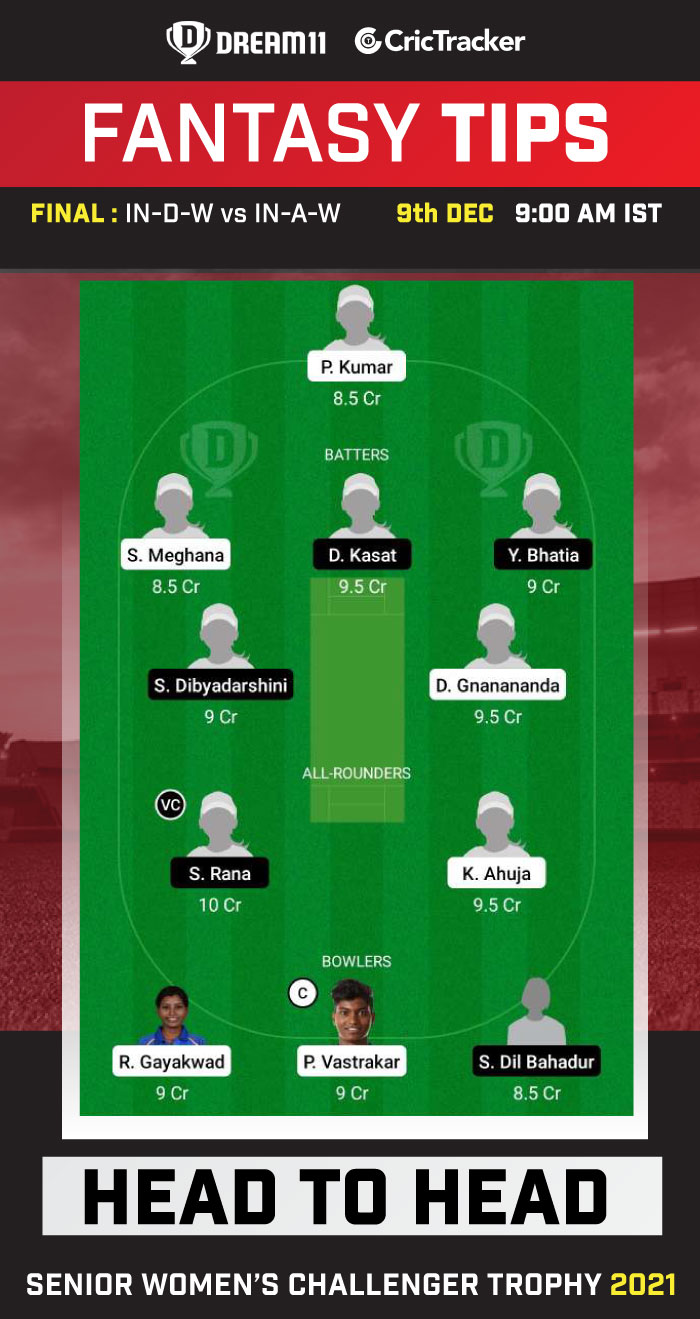 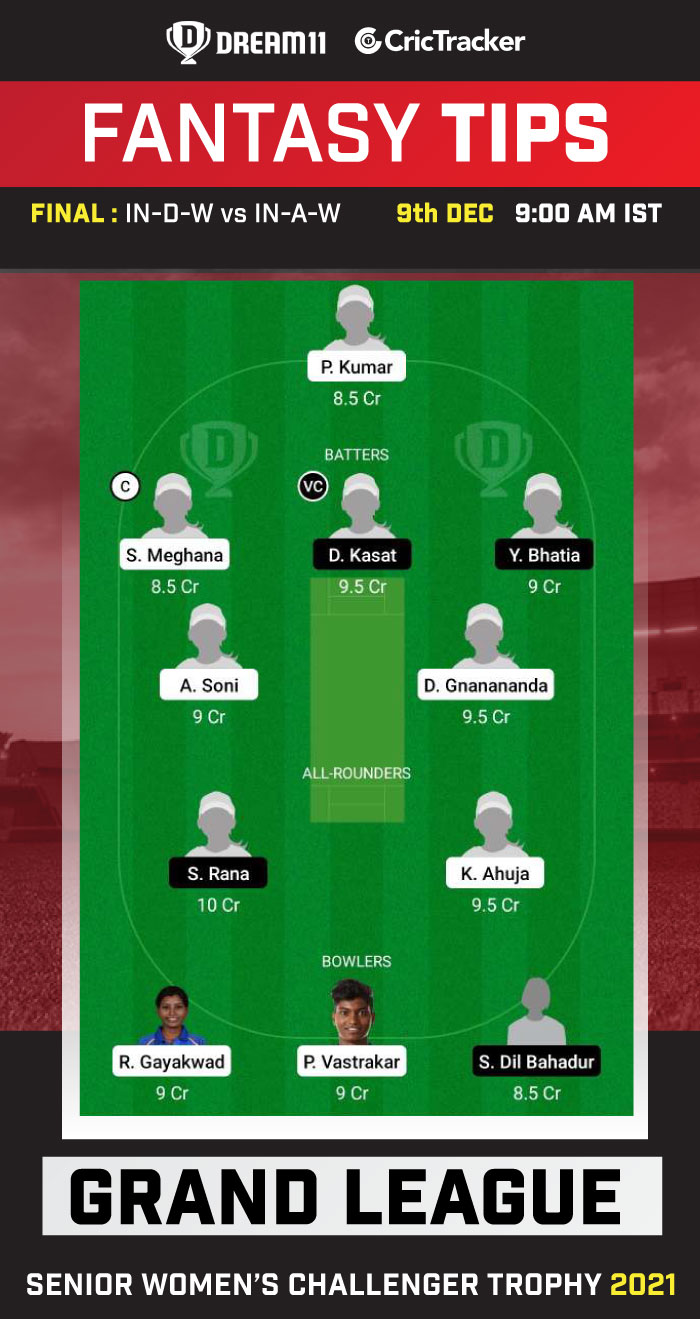 India D Women are expected to win this match.