'Unstoppable' SG Hainhausen 1886 are expected to storm into the final by beating FCA04 Darmstadt.

The 1st Semi-Final of the ECS T10 Frankfurt 2020 will be played between SG Hainhausen 1886 and FCA04 Darmstadt at the Frankfurt Oval, Frankfurt on Friday.

This match is scheduled to start at 9:00 AM Local Time (12:30 PM IST) and will be streamed live on Fancode.

SG Hainhausen 1886 and FCA04 Darmstadt are going to face each other for the first time in the ECS T10 tournament. SG Hainhausen 1886 have won all the matches they played in the league and finished off at the top of the Group A points table. They are unstoppable at the moment and definitely are the firm favourites to lift the title.

FCA04 Darmstadt lost their previous match against SV Wiesbaden and finished at the 2nd position with 6 points in their bag. It will be an interesting game on Friday as both the teams will face each other with talented players in their set up.

The weather at the Frankfurt Oval will remain cloudy and the chances of precipitation is still low. The temperature will hover around 13 Degrees range.

The track at Frankfurt Oval has witnessed some low scores in the last few games. So we can expect even contest with both bat and the ball.

Rafeh Ahmad has scored 86 runs in three games including a fifty to his name.

Yasir Ahmed is the leading wicket-taker of the tournament who has picked up 7 wickets in just three games.

Tahir Ahmad Adil has scored 40 runs and got 2 wickets under his belt so far in the competition.

Mudassar Muhammad is the second-highest run-getter of the ECS T10 Frankfurt 2020. He has plundered 122 runs in four matches and picked up three wickets for his side.

Tahir Ahmed will be the key bowler for FCA04 Darmstadt as he bagged 6 scalps from his four outings.

Muhammad Tayyab has scored 65 runs in four games including a fifty in his last match. 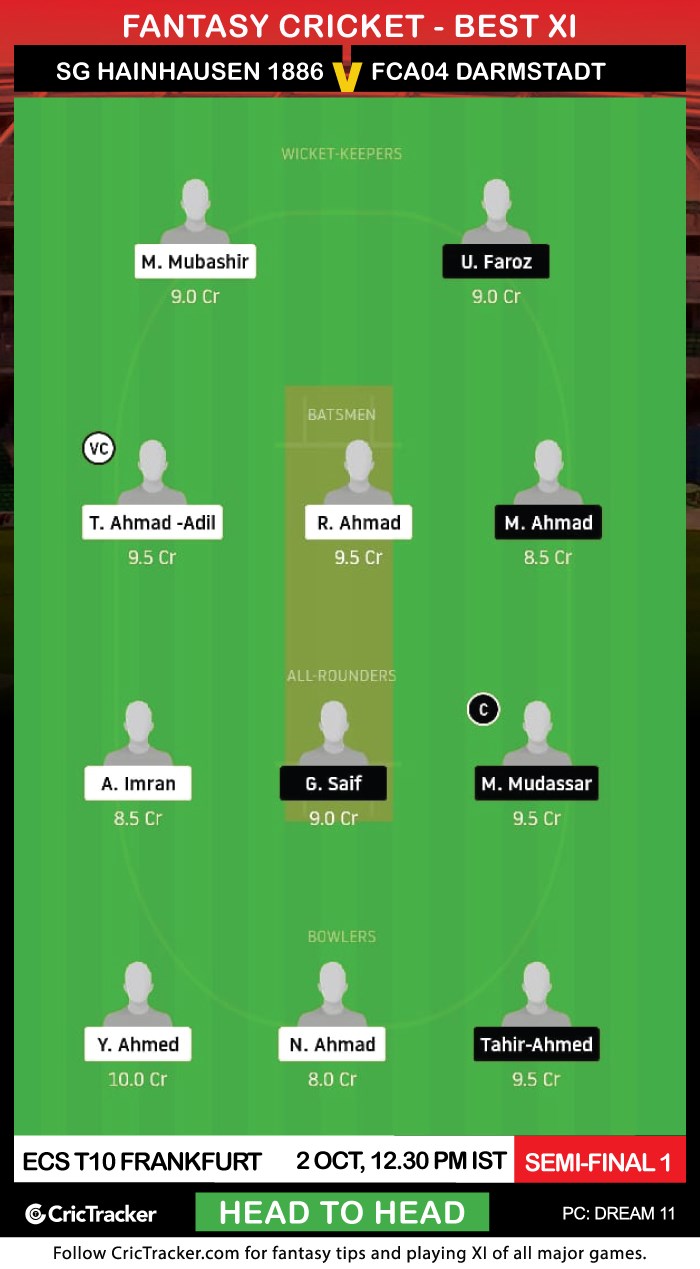 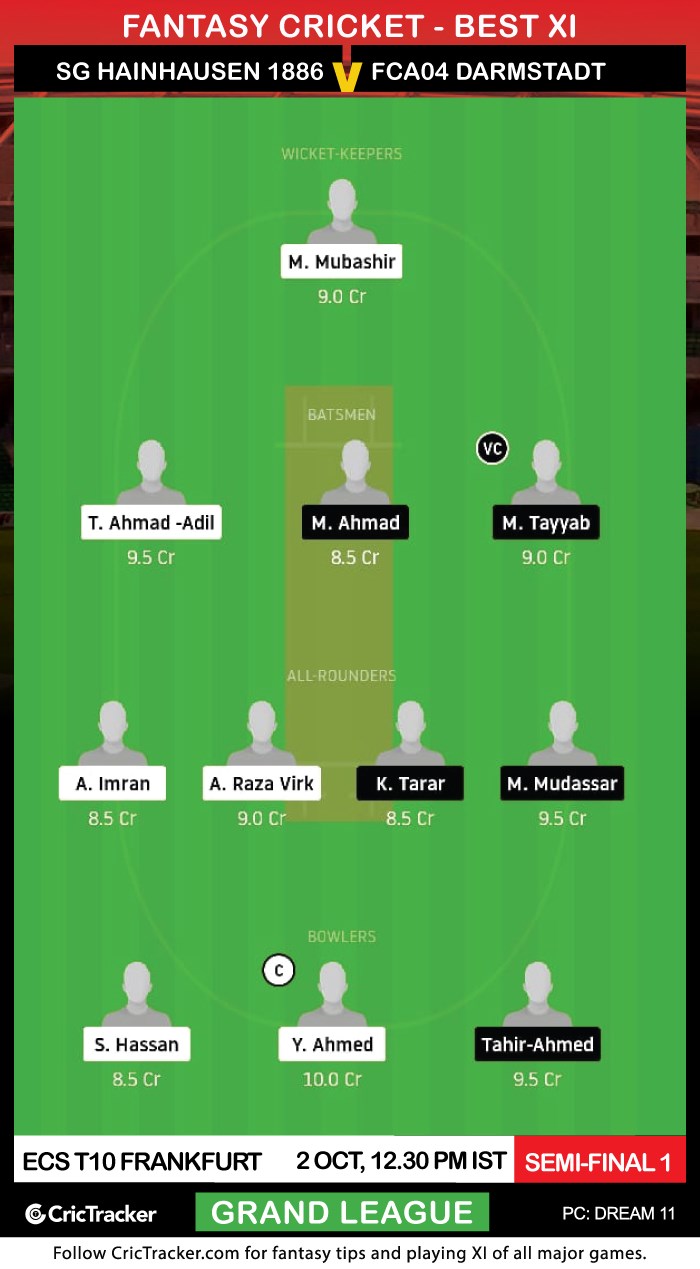 Ghulam Saif will be a worthy pick in your Dream11 fantasy team as he provides breakthroughs in crucial stages of the game.

SG Hainhausen 1886 are expected to win this match.