The 9th match of the Malaysian Cricket Association T20 League 2020 will be played between the Southern Hitters and the Central Smashers at the Kinrara Academy Oval in Kuala Lumpur.

After registering convincing wins in their last matches, Southern Hitters and Central Smashers will cross paths in the 9th match of the MCA T20 Super Series. The Hitters beat Western Warriors in their last match. Although the bowlers conceded 167 runs in the first innings, the Hitters’ batsmen chased down the target is just 17.3 overs.

On the other side, Central Smashers thrashed Northern Strikers by 125 runs. They scored 190/7 in 20 overs and bowled out their rivals for just 65 runs. In the previous game between these two teams, the Smashers had defeated the Hitters by four wickets.

There is a 70% chance of rain in Kuala Lumpur during the match time. The temperature will stay around 30 degrees Celsius.

The pitch in Kuala Lumpur is of a balanced nature. The batsmen and the bowlers have gained equal assistance. However, the overcast conditions and wet outfield would make it tough score runs in this match.

159 (Last five games played at this venue in this tournament)

Syed Aziz scored 69 runs in the match against Northern Strikers. In the last game against Western Warriors, he scored 17 runs and scalped two wickets.

Anwar Arudin blasted a magnificent 42-ball 69 in the game against Northern Strikers. He slammed one four and seven sixes in his knock.

Anwar Rahman picked up four wickets when these two teams battled the last time. He also bowled a maiden over, while his economy rate was only 4 runs per over.

Lokman Nur Hakim Sahar picked up three wickets with the ball in the last match. Sahar can also score points with his batting skills. 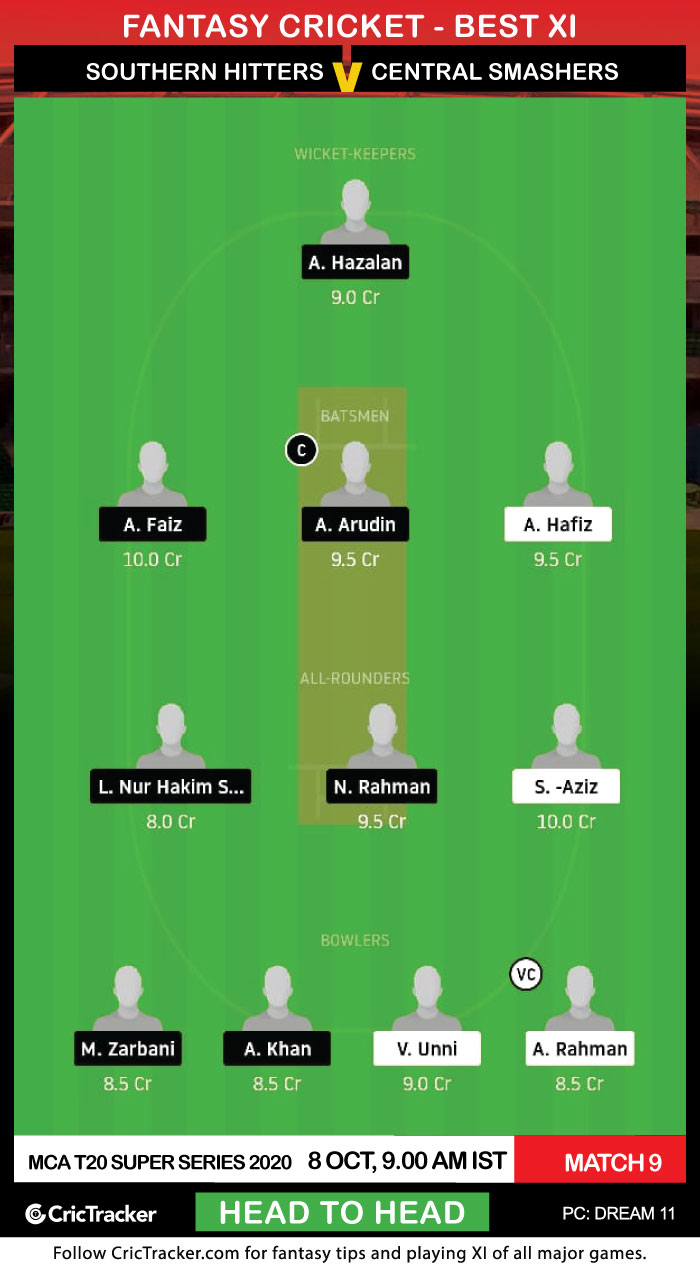 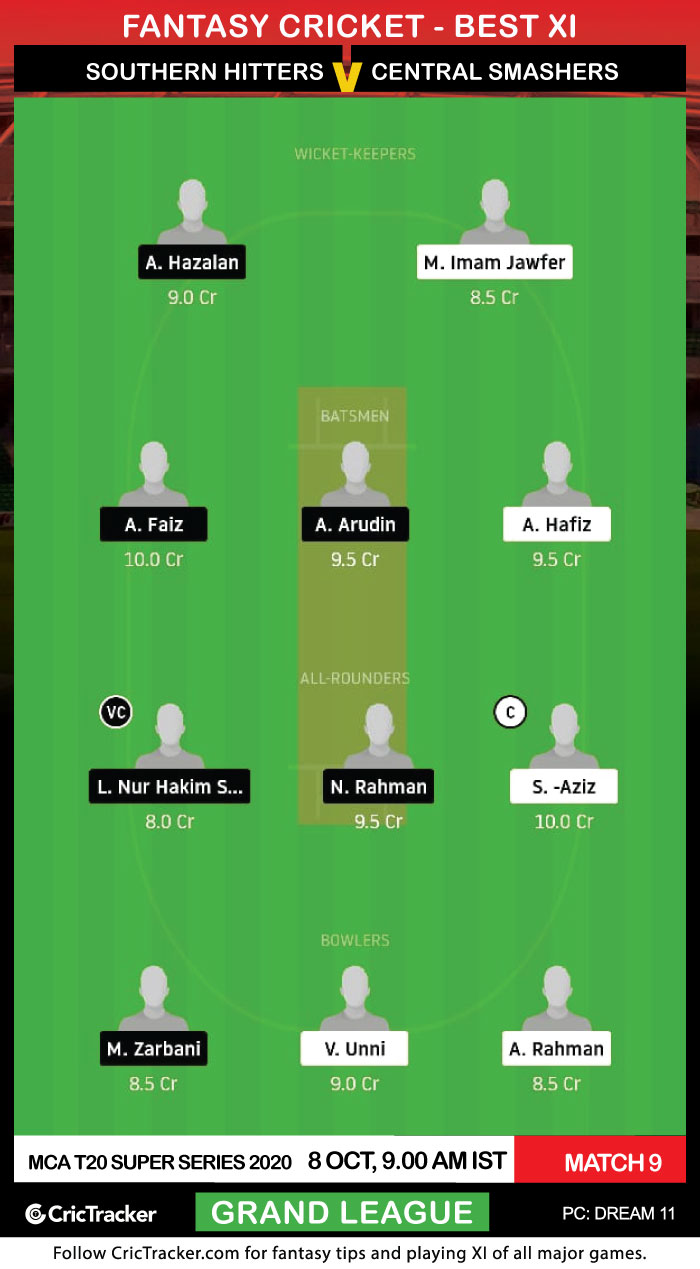 Ammar Hazalan scored a decent 35 runs in the last match. Even though he could not score much in the first three games, his previous knock has proved that he can be handy with the bat. Hence, it is advisable to pick him as the wicket-keeper in the team.

Central Smashers are predicted to win this match.