Tigers XI are expected to make it 5 wins a row by beating Sharks XI.

The 12th match of the Pondicherry T20 2020 will be played between the Sharks XI and the Tigers XI at the Siechem Cricket Ground.

After starting their tournament on a little shaky note, Sharks XI now find themselves in a comfortable position. In their next fixture, they will take on the Tigers XI, a team that has also been in good form for the majority of the matches that they have played in.

Sharks XI have played in 4 matches and have won 3 of those, while losing only one game, and are placed at the third place the points table, with 6 points table. The Tigers XI have won all of their matches so far. They have played 4 matches and have 6 points in their bag and are placed at the top of the tbale at the moment. It will be interesting to see how these teams play against each other and which one emerges to be on the top.

The weather in Pondicherry is expected to be clear with partly cloudy skies and just 10 per cent chance of rainfall. The temperature will be around the 27 degree Celsius mark.

The pitch at this venue will be, overall, bowler-friendly with some amount of help coming in for the batsmen only in the first innings of the match. So, the ideal choice for the captain winning the toss would be to bat first, put up a big score on the board and then deploy the bowlers to defend it.

R Raghupathy is the second-highest run-scorer of the tournament at the moment, with 161 runs to his name in the 3 matches that he has played in. He has an average of 80.50.

S Jasvanth has been brilliant with the ball in this series. He has been bowling tight lines and has kept the flow of runs in check. He has taken 7 wickets in 4 matches while maintaining an economy rate of 4.33 runs per over.

S Ashwath-II also has been doing well with the ball in this tournament. He has played in 3 matches and has managed to take 4 wickets in total.

Arjun Ganesh has scored 140 runs in the 4 matches that he has played in, making him one of the most impactful batsmen in the tournament. 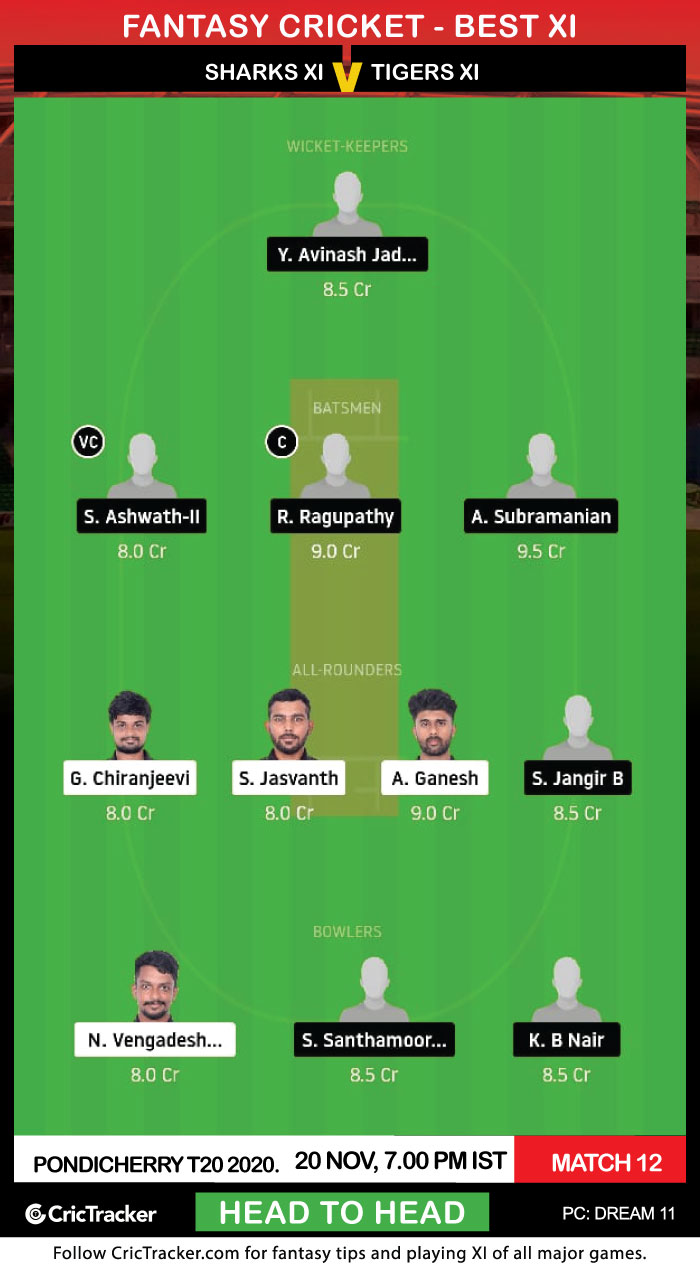 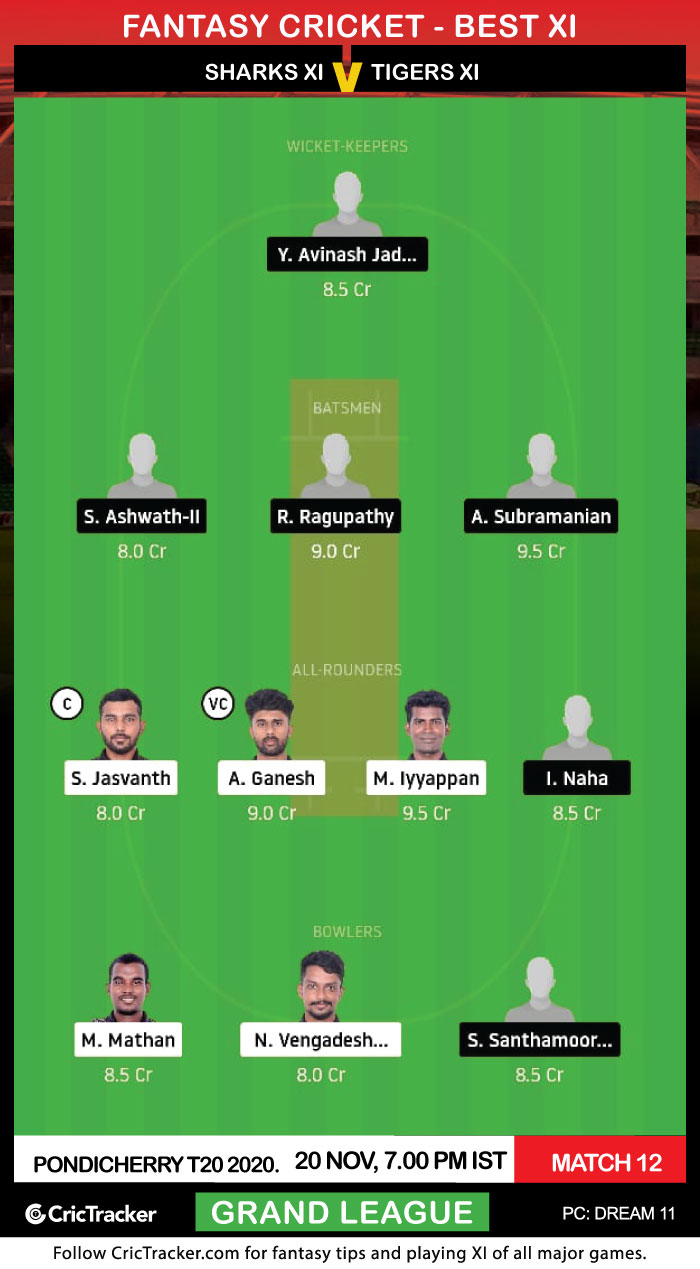 The all-rounder of both these teams are in great form and have been doing well collectively with both the bat and the ball. So, it is advisable to go with as many as 4 players from that section in your Dream11 Fantasy teams.

Tigers XI are predicted to win this game.