Fair Deal Defenders are expected to win this match.

Alubond Tigers and Fair Deal Defenders will take on each other in the fourth Quarter Final of the Sharjah CBFS T10 League on Wednesday, February 23.

Fair Deal Defenders have had a fantastic season, winning all five of their matches so far and going unbeaten, becoming only the second team in the league to do so. The Alubond Tigers struggled a lot in the tournament, resulting in three straight defeats after two victories at the start. This game is a do-or-die for them.

The pitch at Sharjah Cricket Stadium will delight batters. The wickets also have a lot of grass cover, which will allow the pacers to extract some movement in the initial phase of the game.

Greys vs Greens Match 5 Prediction – Who will win today’s match between SLC Greys vs SLC Greens?

Blues vs Reds, Match 6 Prediction – Who will win today’s match between SLC Blues vs SLC Reds?

Khalid Ibrahim, the team’s last victory’s hero, has been an all-rounder up to this point. In five games, he has scored 57 runs and taken three wickets at an average of 18.25.

Sagar Kalyan has been a destructive wicketkeeper-batter for Alubond Tigers. He has made 110 runs in five matches at an average of 22. He is also useful behind the stumps as well.

Farhan Ahmad is Defender’s leading wicket-taker and has caused a lot of trouble for the batters so far in the tournament. He has picked up 10 wickets in 5 games at an economy rate of 5.9.

Muhamad Jamshaid has proven to be the runner-up in terms of effectiveness for Fair Deal Defenders. He has taken 9 wickets in 5 games with an economy rate of 8.89.

ALT vs FDD Must Picks for Dream11 Fantasy Cricket: 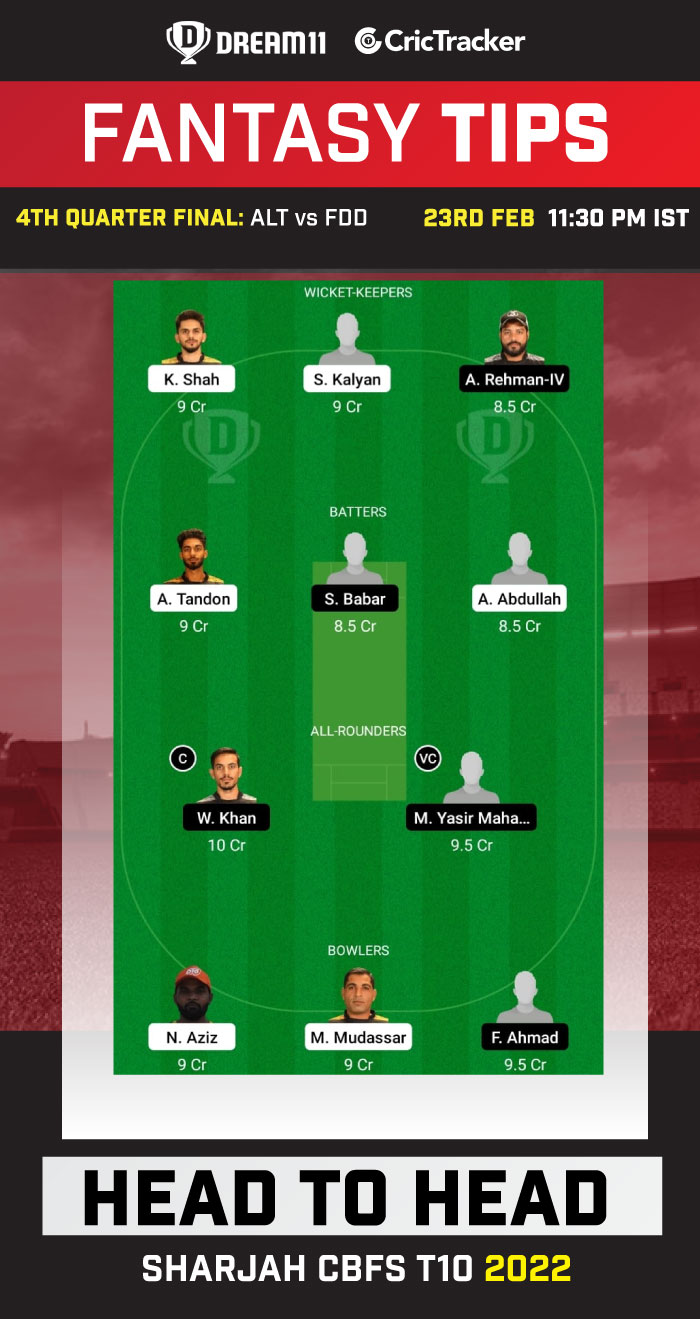 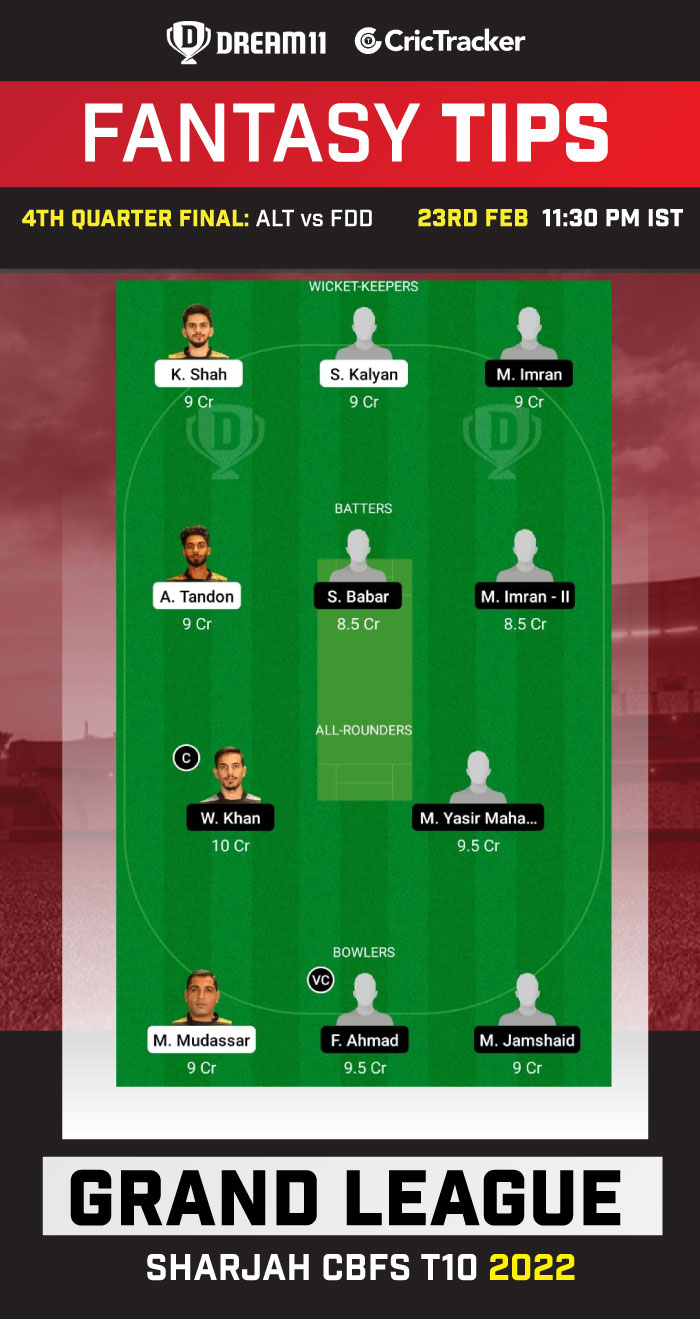 Fair Deal Defenders are expected to win this match.

Note: Updated Fantasy teams and Playing XIs of every match will be provided in our Telegram channel if the information is available.
Disclaimer: This team is based on the understanding, analysis, and instinct of the author. While selecting your team, consider the points mentioned and make your own decision.