MGM Cricket Club and The Vision Shipping will be featuring in the 12th match of the Sharjah CBFS T20 2022 on January 16. MGM have won two of their first three matches. In their last match was against Bukhatir XI, MGM made 205 runs for the loss of six wickets in 20 overs. Waqas Ali was the highest scorer with 57 runs off 30 balls. In reply, Bukhatir XI could make only 139 runs and lost the match by 66 runs.

The Vision Shipping have played two matches in the tournament and has lost both of them. Their last match was against Brother Gas on January 14, where Brother Gas made 228 runs for the loss of six wickets while batting first. TVS could make only 71 runs before getting dismissed and lost the match by 157 runs.

The pitch has produced high-scoring games since the beginning of the tournament. The batters have found it easy to gather runs right from the word go, and hence, bowlers have struggled with their line and length.

Waqas Ali is the leading run-scorer for MGM. He has scored 112 runs in three matches at an average of 56 and a strike rate of 169.7.

Dilshan Munaweera picked two wickets in the only match that he played at an economy of 7.67. He scored 24 runs off 24 balls in that game.

Shahbaz Ali is the leading wicket-taker for TVS with three wickets in two matches at an average of 26.33, an economy of 11.29, and a strike rate of 14.

MGM vs TVS Must Picks for Dream11 Fantasy Cricket 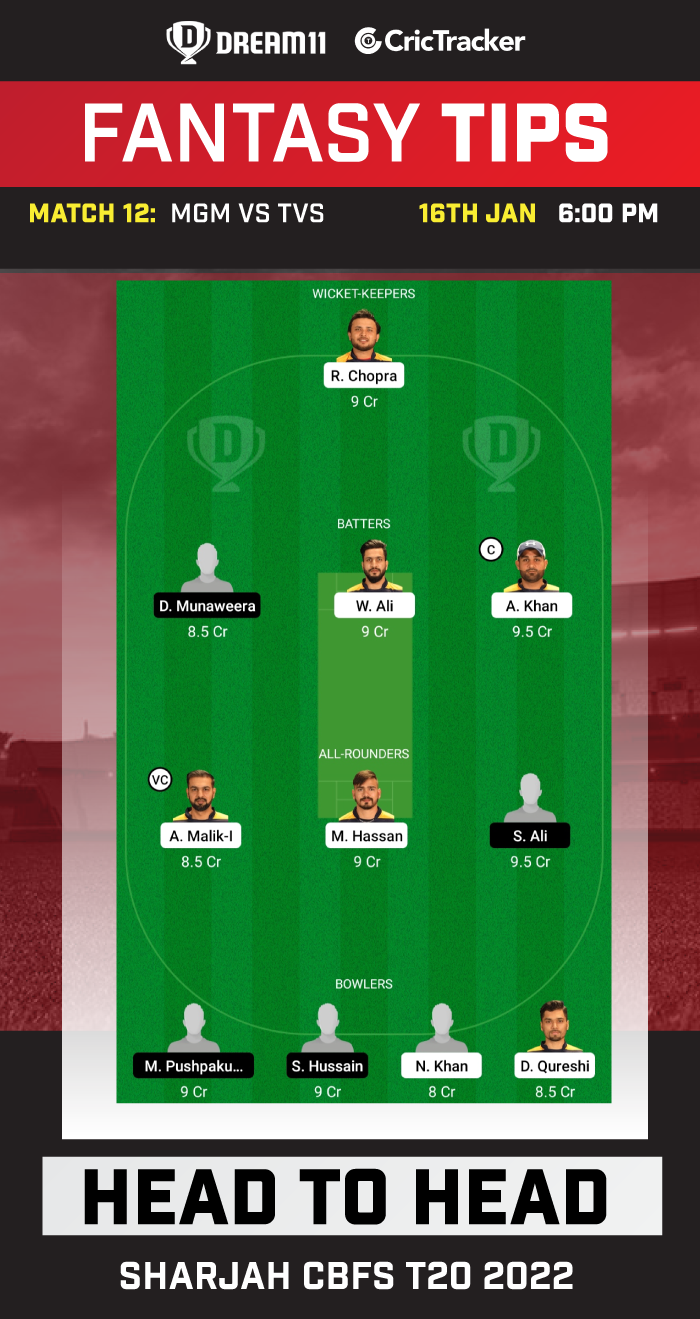 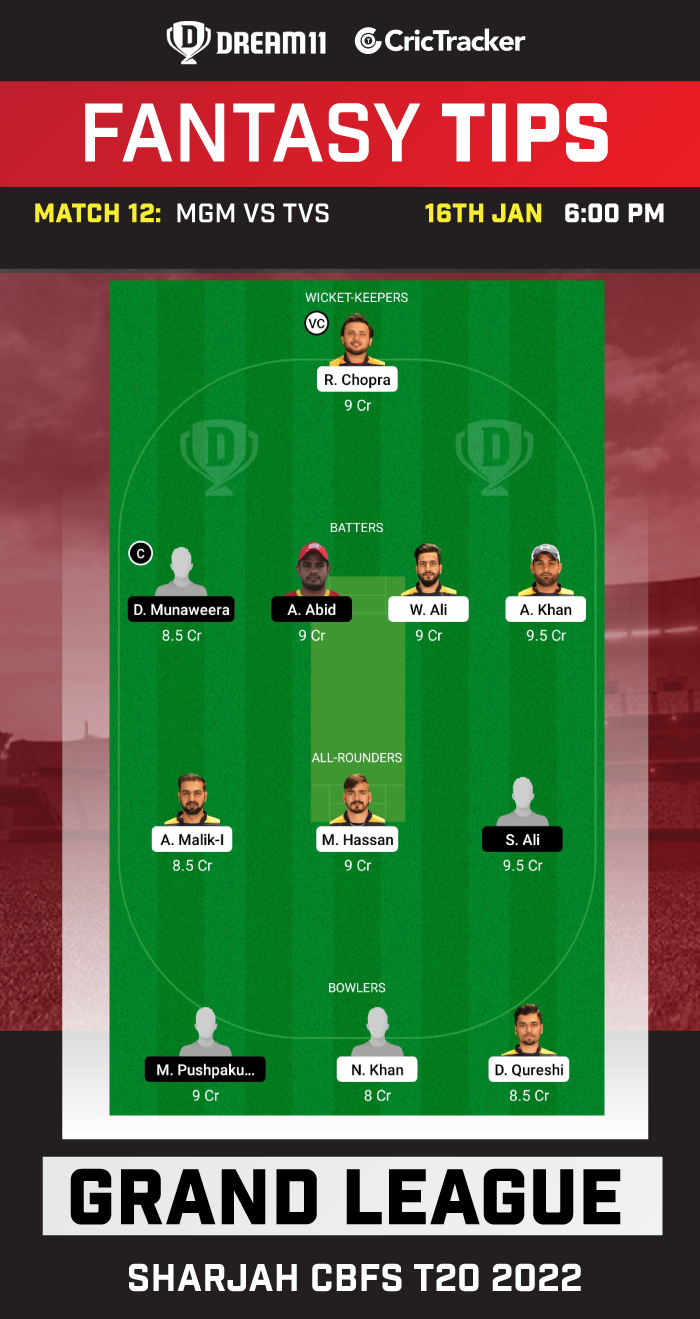