MGM Cricket Club is expected to win this match.

MGM Cricket Club will be up against Bukhatir XI in the 6th and final match of the day in Sharjah CBFS T20 2022. MGM Cricket Club got off to a good start in this tournament by defeating Savannah Lions CC in the opening game. However, they failed to continue the momentum, as they failed to chase the total of 159 runs posted by Brother Gas.

On the other hand, Bukhatir XI are going to play their second match in this competition. They didn’t get the expected start as Intergloble Marine defeated them by a margin of 18 runs. So, Bukhatir XI will be looking to bounce back in this game to bag some crucial points in the league.

It’s a flat batting surface with not much grass cover on it. The bowlers too had found success in the recent matches as well. Chasing is the best option here.

Niaz Khan will be a good buy for your fantasy teams. He has scored 35 off 14 balls which comprised 3 fours and 3 sixes and has also taken 2 wickets for his team.

The skipper of MGM Cricket Club, Ansar Khan has picked up 2 wickets in his two overs spell. However, the latter didn’t much impressed with the bat and returned to the pavilion after scoring just 5 runs from 7 balls.

Hassan Eisakhel came in when his team was struggling at 46 for 3 and later put up a complete batting display and scored 86 off 47 balls with the help of 6 fours and 6 sixes.

Jamshaid Zafar is the other player to be picked up from the Bukhatir XI. He struck 49 runs from 30 balls, which includes 3 fours 4 sixes. 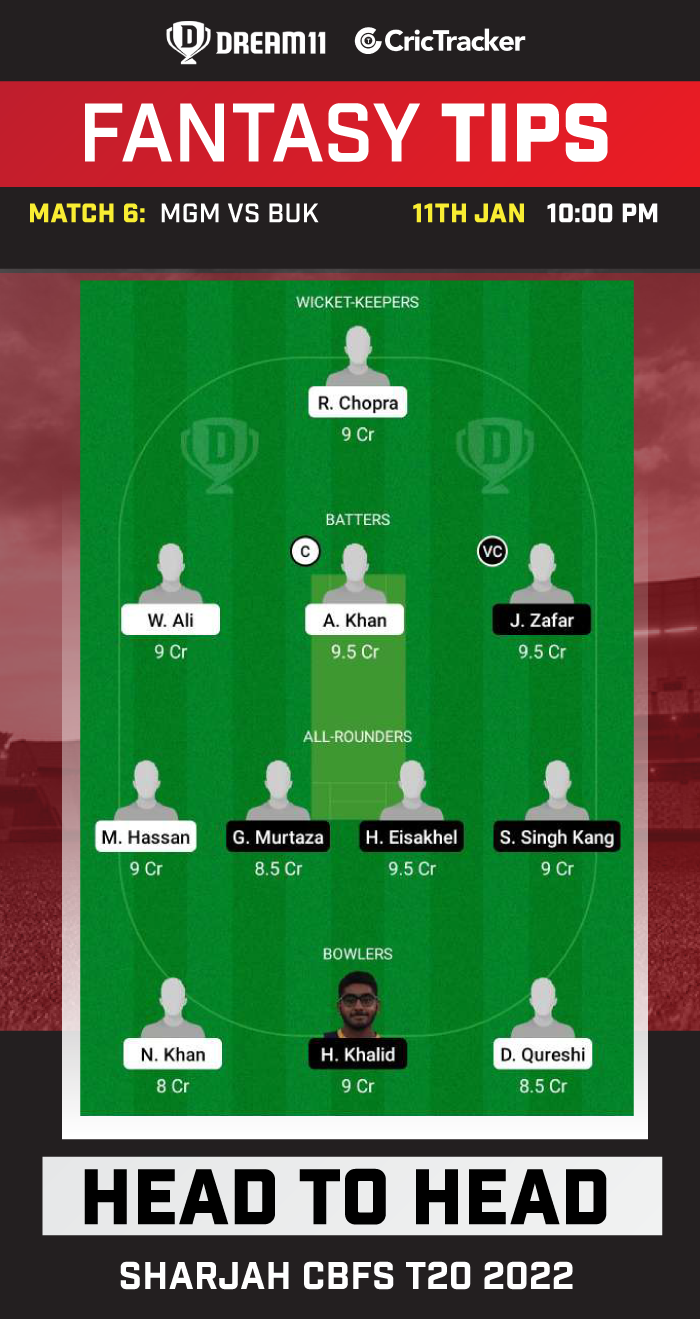 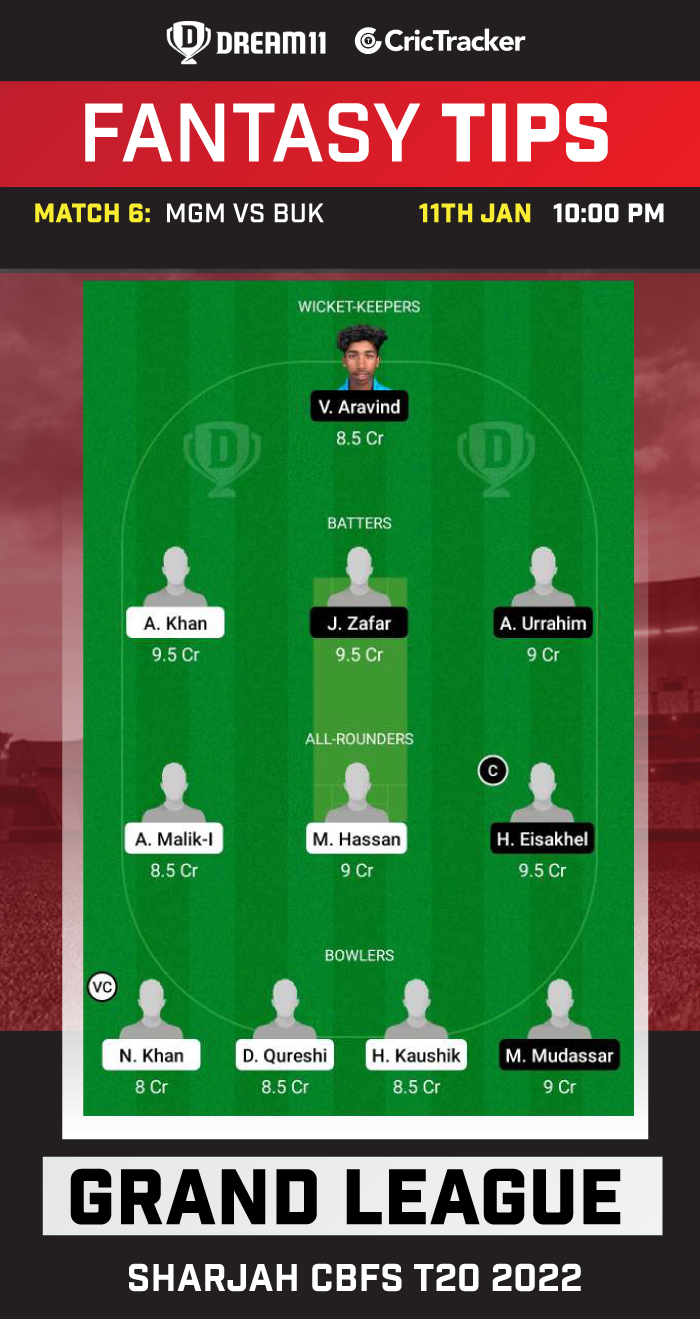