MGM Cricket Club will take on Fair Deal Defenders in the 9th match of the Sharjah Ramadan T20 League 2022. MGM Cricket Club started their campaign with a 3-wicket win and they looked very good in all the departments and will want to continue the winning run. Fair Deal Defenders are playing their first match and have an exciting squad. This promises to be an excellent match.

The wicket is full of runs and there will be no respite for the bowlers. There might be some dew in the latter half of the match and both teams will prefer chasing.

Rahul Chopra has a lot of experience in the domestic circuit, having scored 189 runs in 8 matches at an average of 47 and a strike rate of 194.

Saifullah Noor is considered as one of the best death bowlers in this tournament and has picked up 10 wickets in 7 matches at an average of 11.5 in club cricket.

Wajid Khan is the key player from this team and has scored 201 runs in 6 matches at an average of 40 and a strike rate of 209. He is also a part-time bowler and has 2 wickets to his name.

Farhan Ahmed has picked up 12 wickets in 6 matches at the local domestic tournament. He can be backed to do well in this match. 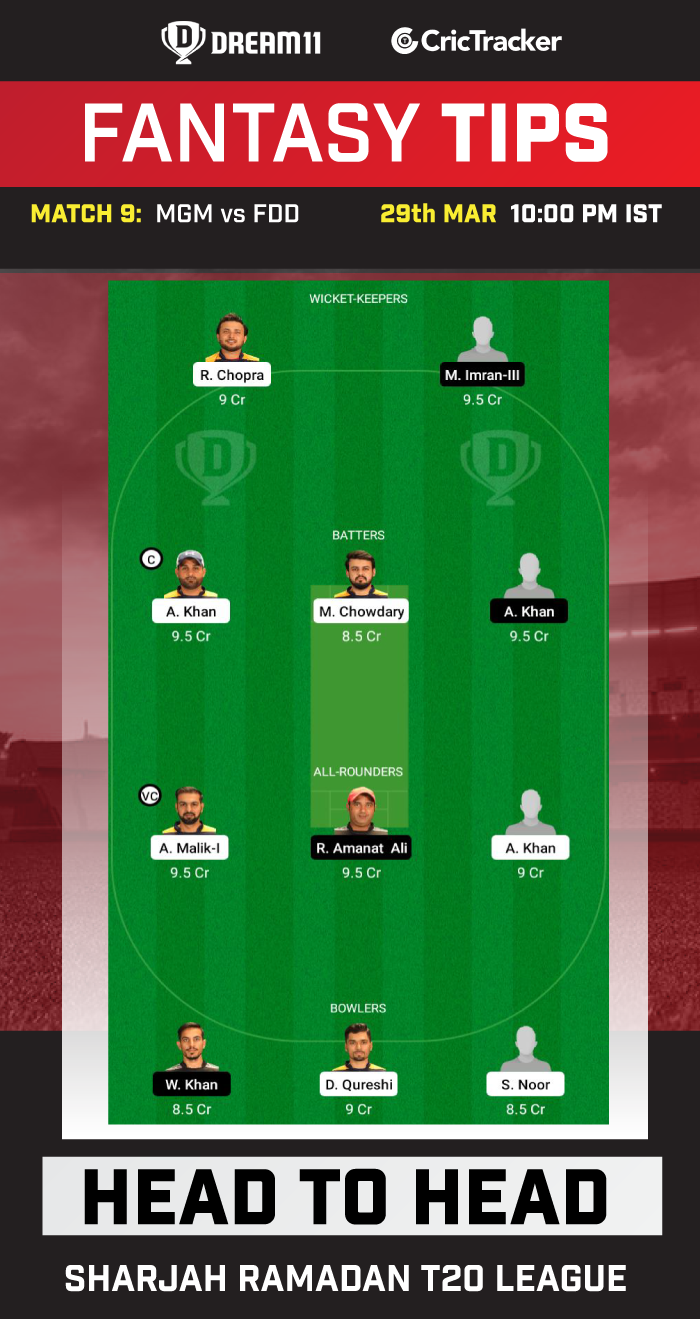