Henry Hunt can be used as a multiplier in any one of your Dream11 Fantasy teams.

The 20th match of the Sheffield Shield 2020-21 will be played between Queensland and South Australia on the 23rd March at the Ian Healy Oval in Australia.

Queensland will lock horns with South Australia in the 20th match of the Sheffield Shield 2020-21 on Tuesday. It will be the seventh match for South Australia in Sheffield Shield 2020-21. They are holding the sixth position in the league standings, with 9 points in their account. They played a total of 6 matches, in which they have lost 3 matches and have drawn 3 matches. They will have to be more clinical in the upcoming matches, if they were to move forward in the league standings.

Queensland hols the first position in the league standings, with 29 points in their account. They played a total of 6 matches, in which they have won 3 matches, draw 2 and lost one match. We can expect a high-scoring game between these two sides starting on Tuesday.

The temperature is expected to hover around 22°C on the matchday with 97 % humidity and 9 km/hr wind speed. There are high chances of precipitation during the game.

The surface at the Ian Healy Oval is balanced and helps both batsmen and bowlers quite well. Pacers will be crucial again with the new ball.

Travis Head will be the top captaincy pick for this encounter. He has ability to score big runs and is one of the Australia’s premier Test batsmen. He has been the leading run-scorer for South Australia in this season so far. Head has scored 801 runs in 12 innings.

Marnus Labuschagne will be a top captaincy choice. The Australian and Quensland number 3 has been in magnificient red-ball form this season and has constantly got big runs. In this Sheffield Shield season, he has scored 517 runs in 8 innings on an average of 64.62. Moreover, he can be handy with the ball.

Usman Khawaja has batted well in this season and has had good returns. The Queensland left-hander has aggregated 386 runs at an average of 64.33 and has registered a couple of centuries.

Michael Neser returns to the Queensland line-up after a good Marsh Cup game. He has the ability to pick up wickets in bulk and can contribute with the bat as well.

Jack Wildermuth has been in solid form with the ball and seems to be in excellent rhythm. The Queensland fast bowler has picked up 14 wickets from six games at an average of 23.86 and could well be the bowler to watch out for.

Henry Hunt is going to be a key player for South Australia. He has got good starts throughout the season and has amassed 465 runs. He has registered one century and three half centuries.

Alex Carey has been in good form with the bat. The left-handed wicketkeeper-batsman has scored 252 runs in four innings. He has registered one century and one half -entury in this season.

Also Read: ‘Moeen Ali must be the greatest energy drinks mixer of all time’ – Michael Vaughan takes a sly dig at England for keeping the all-rounder on the benches 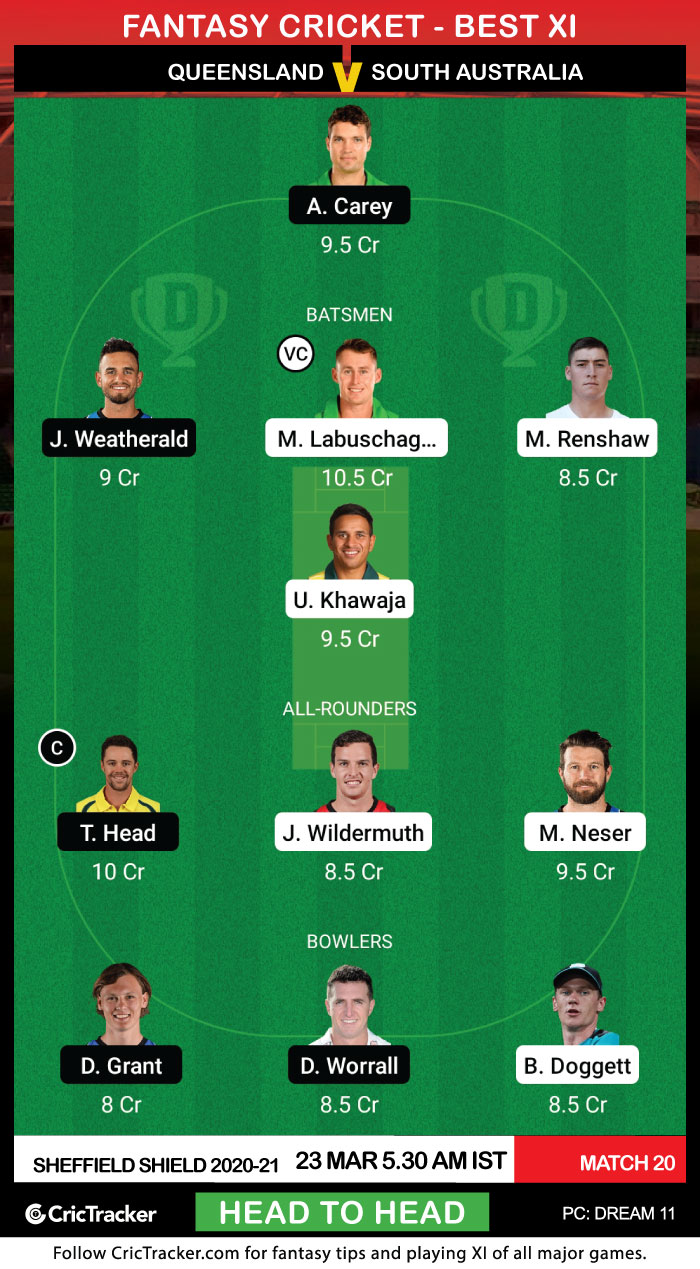 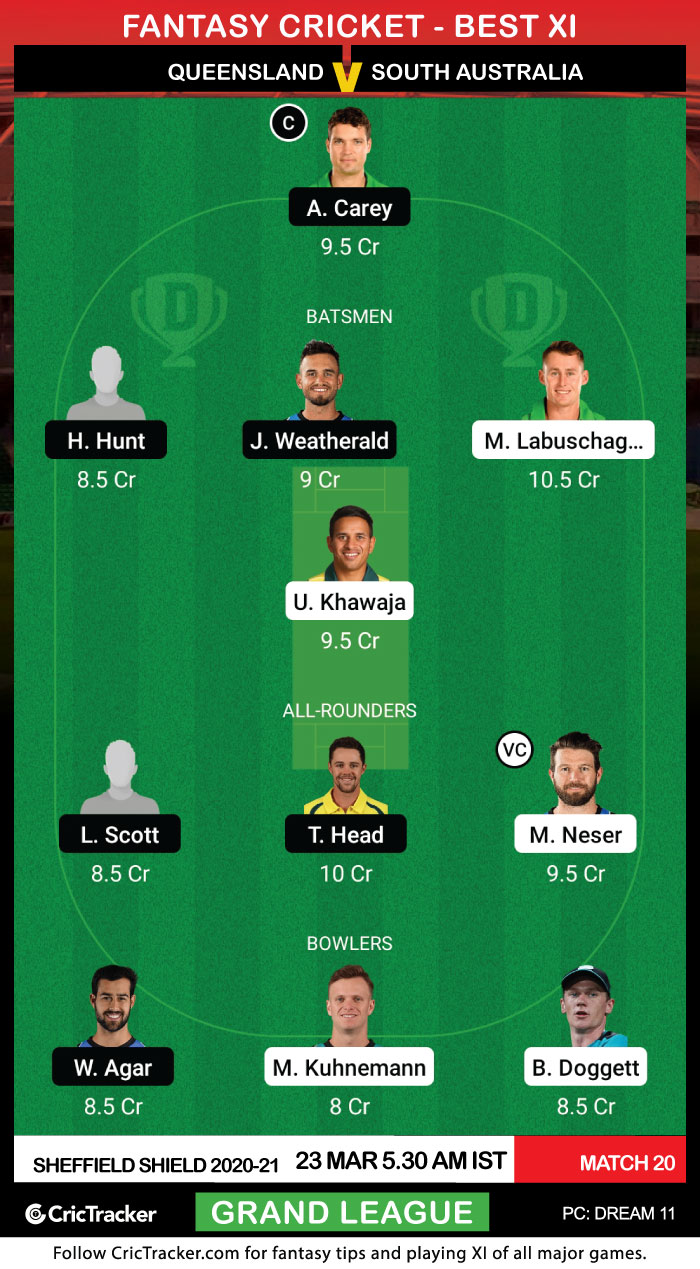 Henry Hunt is looking in good touch with bat, having scored 465 runs for South Australia. It is advisable to pick him as a multiplier in any one of your Dream11 Fantasy teams.

Queensland are expected to win the match.