Tasmania will host Western Australia in the 12th match of the Sheffield Shield 2021/22, which will get underway from Sunday. Tasmania had beaten Western Australia earlier in this tournament by 3 wickets. With one win, one loss, and a draw, they have placed themselves at 4th spot in the standings with 12.82 points.

The wicket here at Bellerive Oval is often slow compared to the other surfaces in Australia. Having said that, it will get flat as the game progresses making it easy for the batters. It’s going to be hard work for the bowlers over the next 4 days.

Tim Ward has shown a lot of intent with the bat and making good progress in this tournament. In 7 innings, he has scored 339 runs at an average of 48.42, with the highest score of 144.

Jordan Silk usually bats down the order in the day’s game. He has done well so far, having scored 264 runs in 6 innings in this tournament at an average of 52.8, which includes one century and a half-century.

Josh Philippe has been the star performer for Western Australia in this season. In 8 innings so far, he has already notched up 373 runs at an average of 62.16, with the best score of 129.

Speedster Jhye Richardson has been sensational for Western Australia in this tournament. He has bagged 16 wickets in 3 matches, with the best figures of 5 for 23. Richardson has also scored 128 runs with the bat as well.

TAS vs WAU Must Picks for Dream11 Fantasy Cricket: 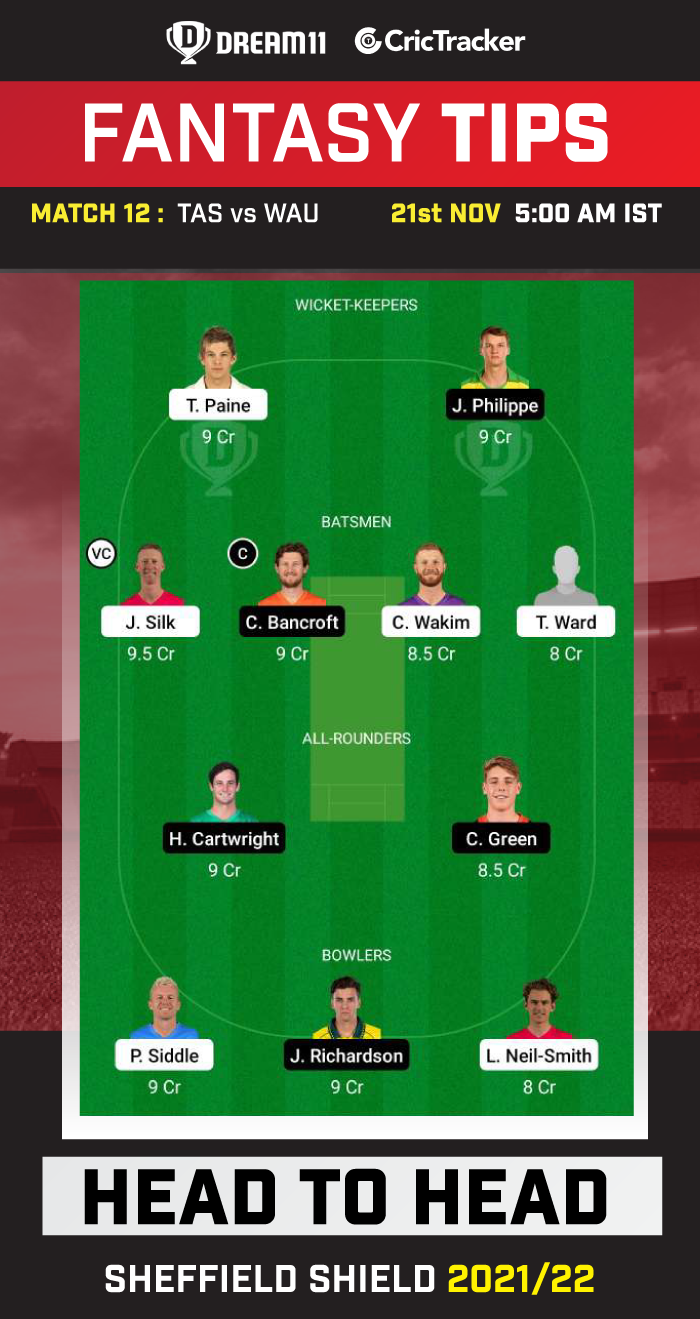 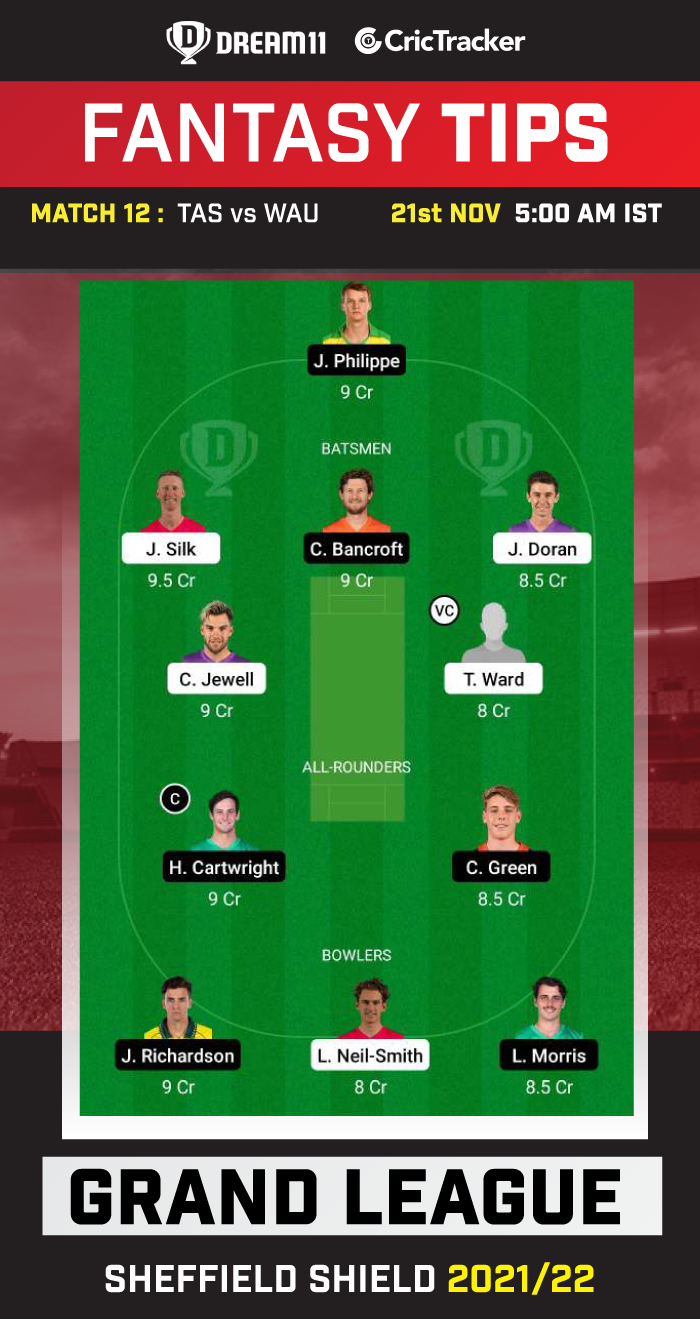 Caleb Jewell has scored 233 runs in 7 innings so far in this tournament at an average of 33.28. He is a risky captaincy pick for your fantasy teams.

Lance Morris has picked up 13 wickets in 4 matches in this competition with the best figures of 4 for 21. It’s bit risky to pick a bowler as your fantasy team captain.

Gabe Bell has picked up 5 wickets in 3 matches in this tournament. It’s better to avoid him while making your fantasy teams.