Travis Head is in sublime form both in limited and longest formats.

Western Australia will host South Australia in the 5th match of the Sheffield Shield 2021-22 which will start from Wednesday. Both teams met previously last month where the match was ended in a disappointing draw. Western Australia will be pretty disappointed with the way things have gone as they lost to Tasmania in their previous match by 3 wickets.

It’s a long tournament and they need to take one game at a time in order to be successful in the longest format. South Australia, on the other hand, has played 2 matches so far and both their matches ended in a draw. They took 1st innings lead in both the matches which is a good sign for them before heading into this match. They look forward to carrying the same into this match.

Quick bowlers will get plenty of assistance from the surface and it will be a challenge for the batters to handle the pace and swing. We can expect a result if the bowlers dominate this match.

Shaun Marsh is well aware of the conditions here in WACA having played plenty of matches over the years. So far, in 2 matches in this year’s Sheffield Shield, he has scored 228 runs at an average of 57 with the highest score of 118.

Cameron Green didn’t go well in the last match against Tasmania, however, he has scored a century in the previous meeting against South Australia. In 2 matches so far in this tournament, he has scored 128 runs and even picked up 2 wickets as well.

Travis Head is in a different zone with the bat in both limited and longest formats of the game. In only 3 innings in this competition, he has mustered 241 runs at an average of 80.33 and even chipped in with a wicket as well.

Vice-captain, Alex Carey is in decent nick with the bat in this competition, including one half-century he has scored 135 runs in 3 innings at an average of 67.5 with the highest score of 66*.

WAU vs SAU Must Picks for Dream11 Fantasy Cricket: 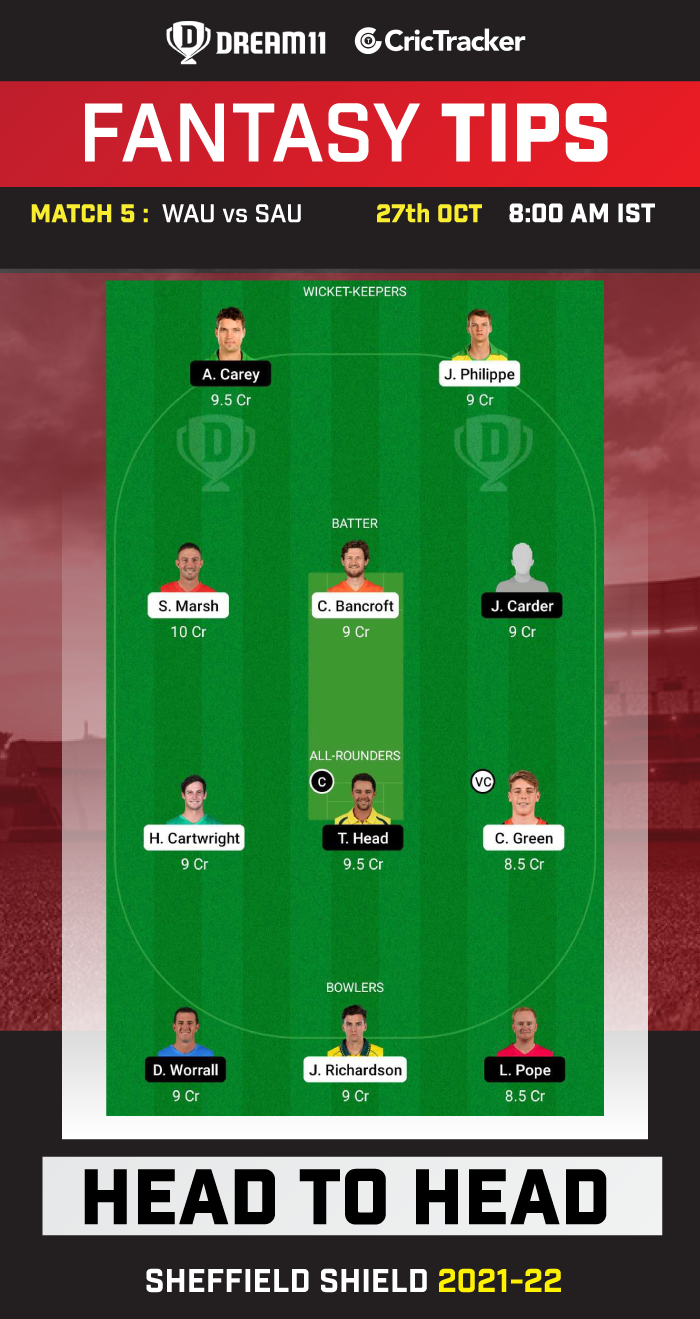 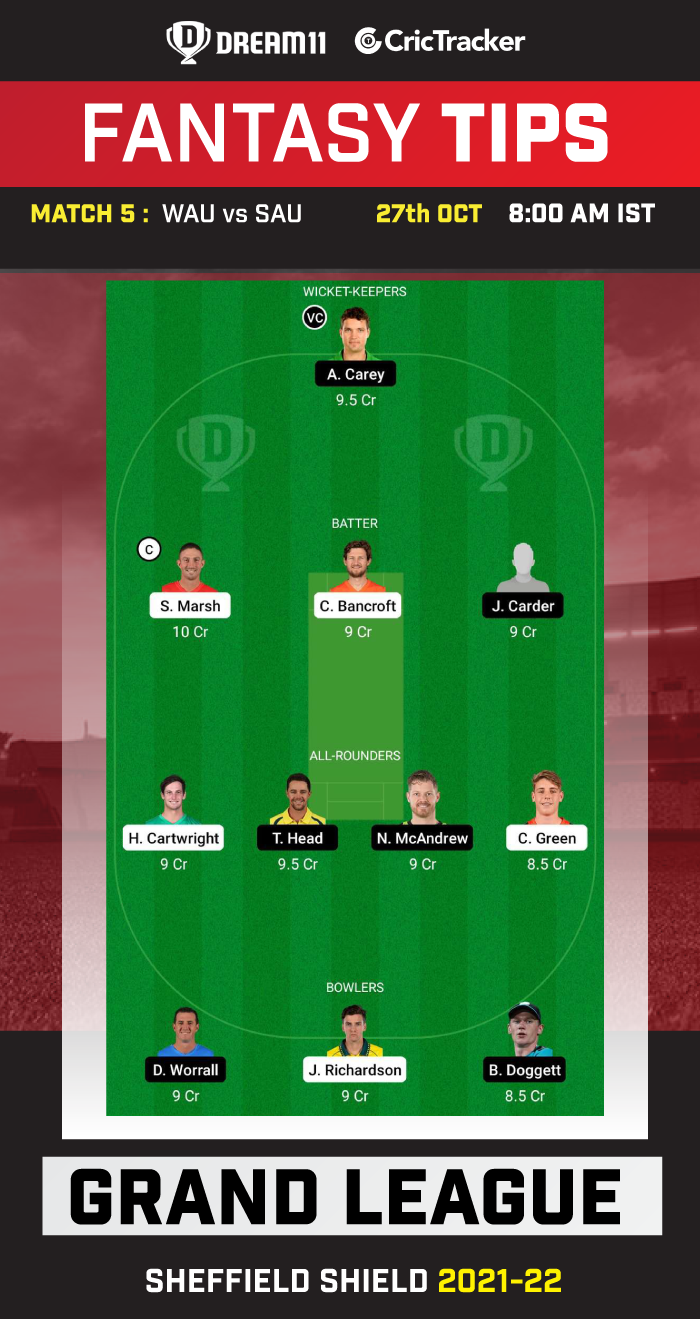 Cameron Bancroft has scored 61 runs in 2 matches in this tournament with the highest score of 27. You can take a risk and pick him as your fantasy team skipper.

Jake Carder is an impressive top-order batter who has scored 198 runs in 3 innings in this tournament at an average of 66 with the highest score of 118. It’s worth a risk and you can pick him as your fantasy team skipper.

Henry Hunt has scored 73 runs in 3 innings in this tournament. Considering plenty of competition for the final eleven, it’s hard to include him while making your fantasy teams.