With Najibullah Zadran batting up the order, we might see him playing big knocks more often.

The 3rd match of the Shpageeza Cricket League (SCL) 2019 will be played between Amo Sharks and Speen Ghar Tigers at the Alokozay Kabul International Cricket Ground.

Amo Sharks and Speen Ghar Tigers will be up against each other in the 1st match to be played in the afternoon this season. The Sharks are led by all-rounder Mirwais Ashraf while the Tigers will play under the captaincy of keeper-batsman Shafiqullah Shafaq. The Amo Sharks have a top-four of Ikram Ali Khil, Rahmat Shah, Usman Ghani and Ibrahim Zadran but they need to find a dasher among themselves.

On the other hand, the likes of Karim Sadiq, Najeeb Tarakai and Bahir Shah are expected to handle the top three for Speen Ghar. Najibullah Zadran will walk out to bat at No.4 and the team will hope that he can push the run-rate whenever they need it. Left-arm pacer Sayed Shirzad and chinaman spinner Zahir Khan will mark their presence of the Tigers.

No interruption from the weather is expected for this game. The conditions are expected to be sunny and temperatures will be a little high.

A little dip in totals can be seen during the matches played in the afternoon. However, the tracks will be fresh at the start of the season. Playing twice on same track might not make any big change.

Bahir Shah has great success with the bat in FC and List A formats. He will be hoping to bring that success into T20s as well. If given a role with both and ball, Rahmat Shah could be seen among the top performers in the game. His T20 average hasn’t been that great but can turn the things around this time. Shafiqullah Shafaq can do damage if he gets to bat up the order. He was among top run-getters during the last edition of T10 League. Zahir Khan claimed 15 wickets from six innings during the Shpageeza 2017 tournament at a strike rate of 9.2 only.

With Najibullah Zadran batting up the order, we might see him playing big knocks more often. 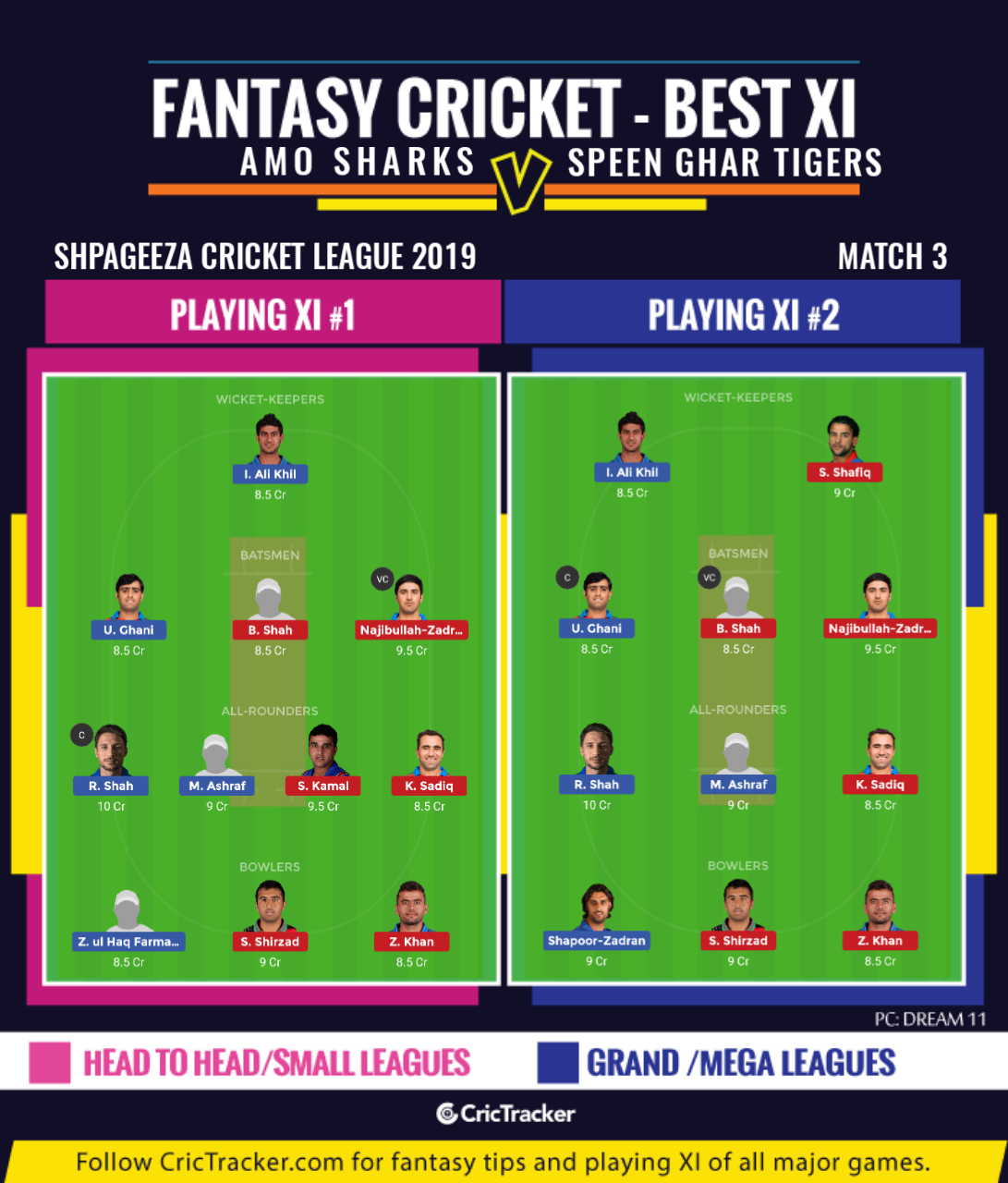 The trio of Karim Sadiq, Mirwais Ashraf and Rahmat Shah will be safe among the available ones in the all-rounders’ category. Sadiq could fulfil the roles of a keeper, batsman and a bowler in the same match. Ashraf has the experience in his hand while Rahmat is in good form.