Rashid Khan is yet to pick a wicket in this tournament.

The 6th match of the Shpageeza Cricket League (SCL) 2019 will be played between Amo Sharks and Band-e-Amir Dragons at the Alokozay Kabul International Cricket Ground.

The defending champions Band-e-Amir Dragons have failed to impress thus far in this season. One of the main reasons for that has been their captain Rashid Khan’s form with the ball. The young leg-spinner went wicketless in both matches as his team BEA Dragons conceded big totals.

They will now face Amo Sharks in their 3rd match of the tournament. The Amo Sharks, led by Mirwais Ashraf, has played only one match thus far. They took on Speen Ghar Tigers on Tuesday afternoon and finished with 162/7 in their 20 overs. The Tigers in reply were bundled out for only 144.

The game between Amo Sharks and BEAD is expected to be played under clear skies. The weather forecast during this game suggests sunny weather.

The morning game was once against a high-scoring one as Mis Ainak Tigers piled on a big total of 192/4. Band-e-Amir Dragons did show that this venue is good for the chasing sides despite losing his own wickets. Once again we might witness totals of 170+ in the morning matches.

The top three of Usman Ghani, Ibrahim Zadran and Rahmat Shah are quite consistent at producing 25+ scores every game. Rokhan Barakzai has good numbers when it comes to the shorter format. Shawkat Zaman scored a fifty on Wednesday while Nasir Jamal will have a key role to play for BEAD team in the middle-order.

Javed Ahmadi has scored 23 and 41 respectively in the two matches. He is in all likelihood to bowl a good number of overs as well. This makes him a perfect choice for multipliers. 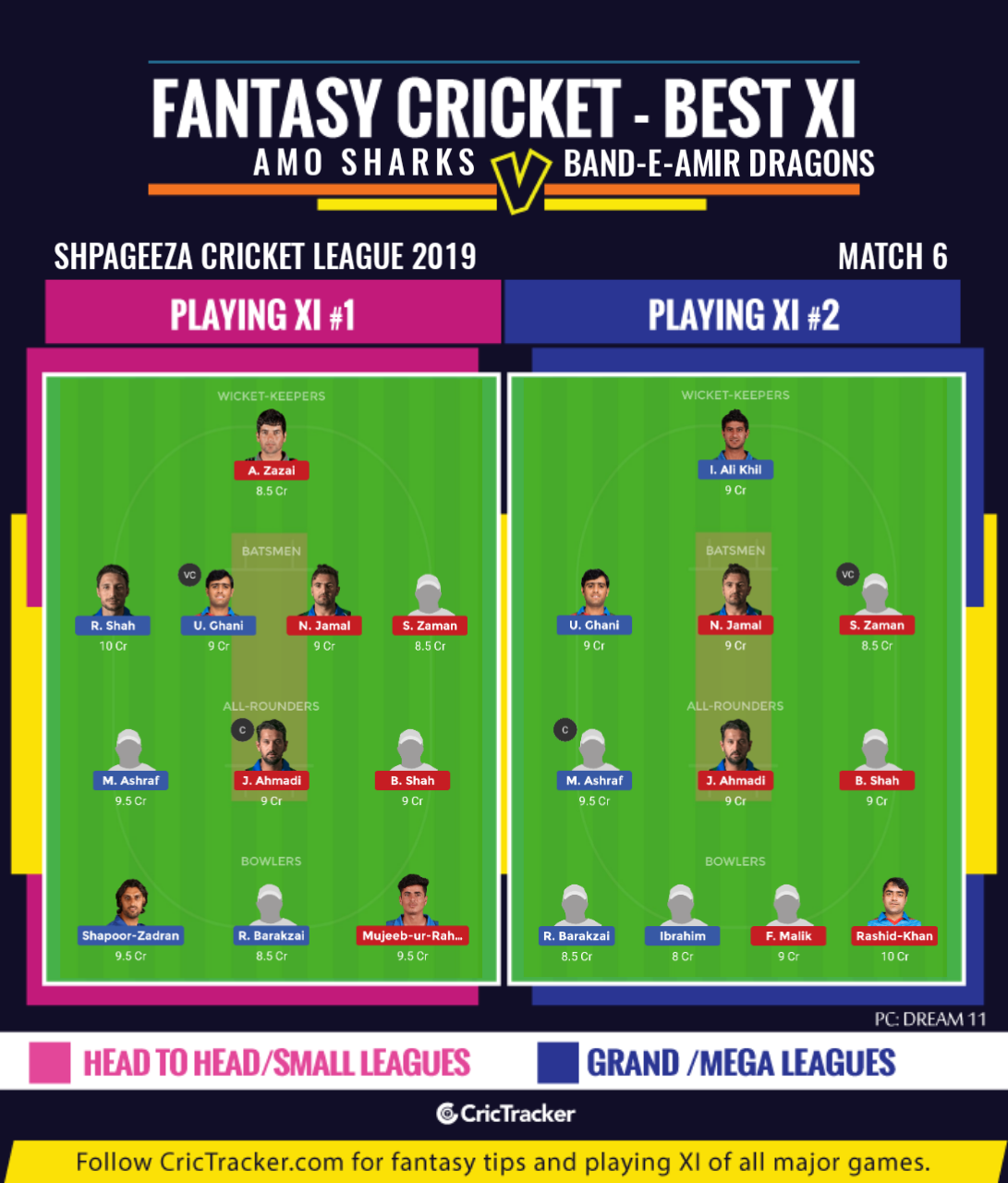 Rashid Khan seems to be lacking confidence with the ball in the shorter formats. He was taken for the runs and failed to pick a wicket in the first game. In the 2nd match, Rashid himself bowled only one and let others complete his remaining three overs. Hence he might a very risky pick at the moment.

Band-e-Amir Dragons are expected to win their first match of the tournament.