Abdullah Mazari is placed third in the wicket-takers’ list of this tournament. He has 7 wickets to his name in the three matches that he has played in.

The 11th match of the Shpageeza Cricket League 2020 will be played between the Boost Defenders and the Mis Ainak Knights at the Kabul International Stadium.

The Knights have played in 3 and have won only two of those matches and this has placed them at the second spot in the points table. On the other hand, their opponents in this match, have had a rough run in this tournament winning only one of the three matches that they have played in. So, it will be hard for the Defenders to get past the Knights in this match.

Friday will be bringing along bright sunny skies with temperatures hovering around the 24 degree Celsius mark with no chance of precipitation, so a full-length match is very much on the cards.

The Kabul International Stadium will be having a balanced pitch with an equal amount of help coming in for both the batsmen and the bowlers, with the spinners getting more help than the fast bowlers.

IPL 2021: Virat Kohli to step down as RCB skipper after this season

Abdullah Mazari is placed third in the wicket-takers’ list of this tournament. He has 7 wickets to his name in the three matches that he has played in. His economy rate is on the little high side, currently standing at 8.50 runs per over.

Mohammad Shahzad is currently at the second spot in the top run-scorers’ list of this tournament at the moment. He has played in three matches so far and has scored a total of 128 runs including one half-century.

Hashmatullah Shahidi has looked to be in great touch with the bat in this tournament. He has 118 runs to his name in the three matches that he has played in while maintaining a strike rate of 145.67. It also includes one half-century.

Shapoor Zadran has shown his potential with the ball in this tournament. He took a total of 5 wickets in three matches, including one three-wicket haul, all this while maintaining an economy rate of 7.42 runs an over. 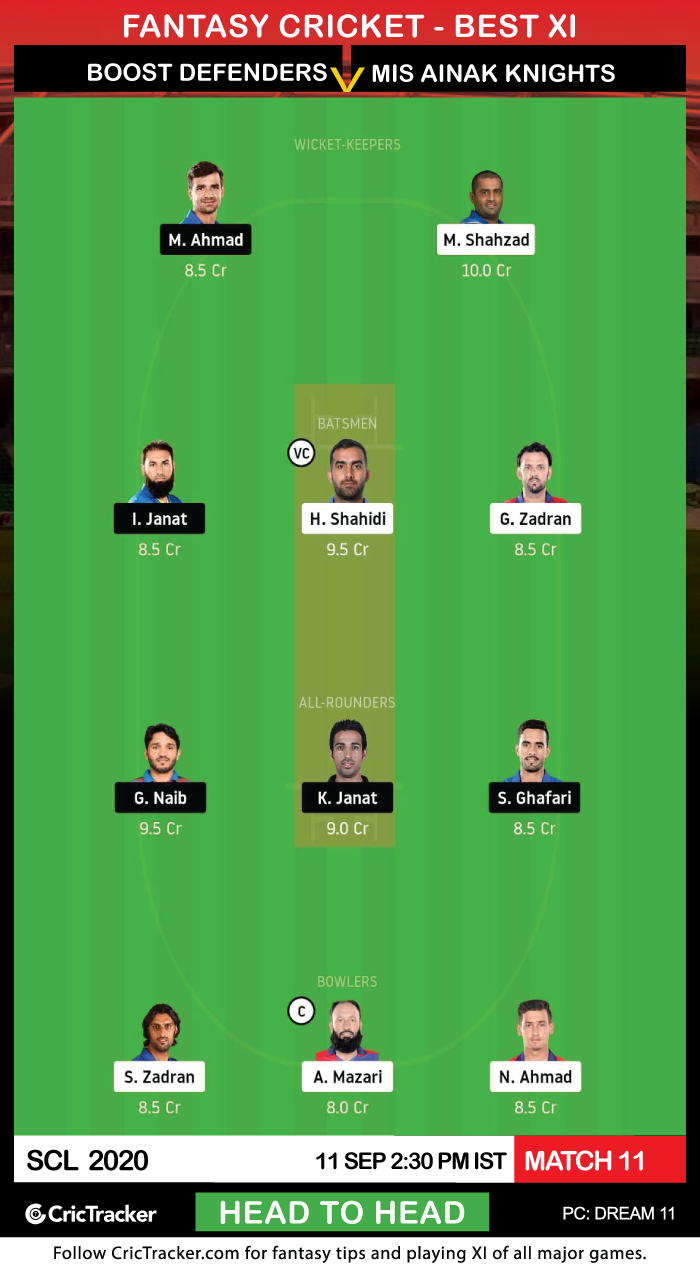 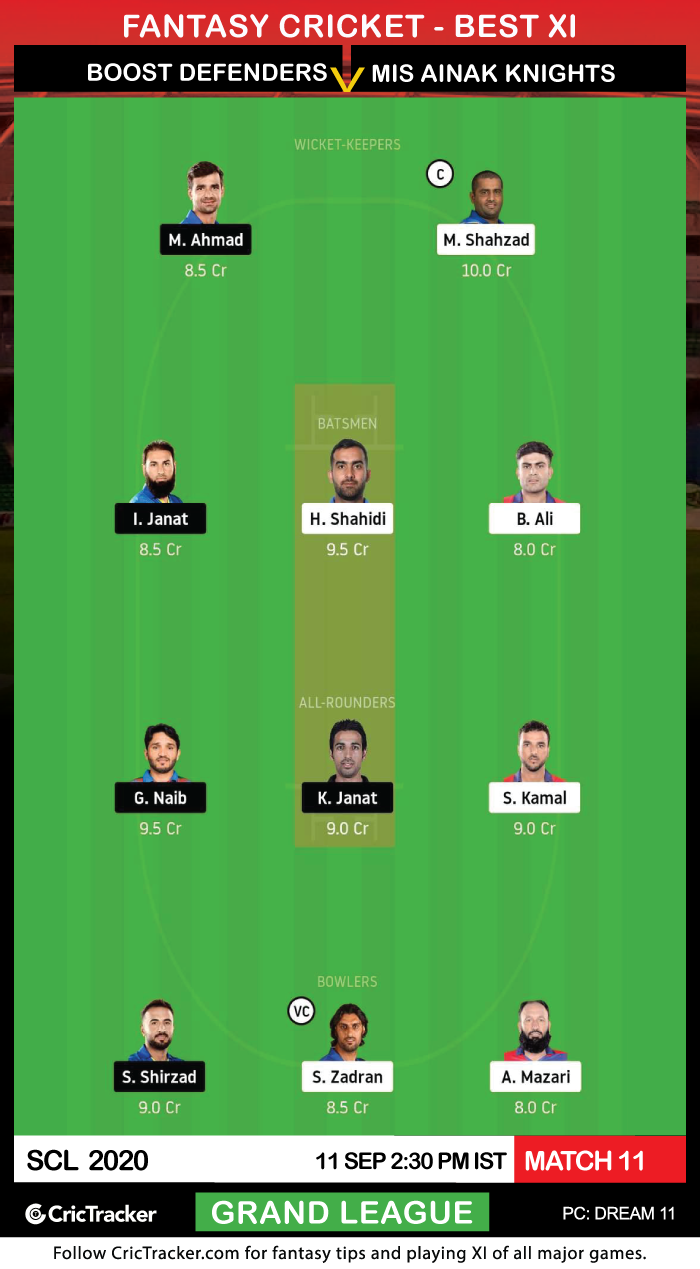 Munir Ahmad is a perfect choice to be included as the second wicket-taker in your teams. He has been doing well with the bat and has also accumulated a sizeable number of points. He is a great option to have in your Dream11 Fantasy team.