Sharafuddin Ashraf is the favoured Captain option along with Usman Ghani.

The 6th match of the Shpageeza Cricket League 2020 will be played between the Amo Sharks and the Band-e-Amir Dragons at the Kabul International Cricket Stadium.

The match is scheduled to start at 09:00 AM Local Time (10:00 AM IST). This game can be viewed on Fan code, RTA website and ACB’s Facebook page.

Playing their third match of the tournament will be the Band-e-Amir Dragons, when they face off against the Amo Sharks, who will be playing their second match, on Wednesday. Both the teams competing in this match have had pretty contrasting runs in the tournament so far.

The Band-e-Amir have played two matches so far and have won one and lost one match so far and are placed comfortably at the second spot in the 6 team points table. The Amo Sharks are pegged at the bottom of the points table, having lost the only match they played in so far. So, it will be interesting to see if the Amo Sharks are able to win this match or the Band-e-Amir will get another win in their account.

Wednesday is expected to bring along mostly sunny skies with no chance of rainfall and temperature in the 23 to 29 degree Celsius range, so a full-length match is on the cards.

The pitch at this ground is expected to batsmen friendly, with chasing being the easiest part for them to execute. And, if the results of the previous match are anything to go by, the trend will continue on Wednesday as well.

Sharafuddin Ashraf is the highest wicket-taker of the tournament so far, with 6 wickets to his name in 2 matches, at an economy rate of 6.12 runs per over. And, also has 15 runs to his name too.

Waqar Salamkhel has 5 wickets to his name in the two matches he has played and is at the third spot of the points table.

Abdul Wasi has made valuable contributions to his team’s campaign in this tournament. He has two wickets and 30 runs to his name in one match and looks to be in good touch with both the bat and the ball.

Usman Ghani is the highest run-getter in this tournament at the moment. In the two matches he has played, he already has 141 runs to his name at an average of 141.00 and a strike rate of 123.68. 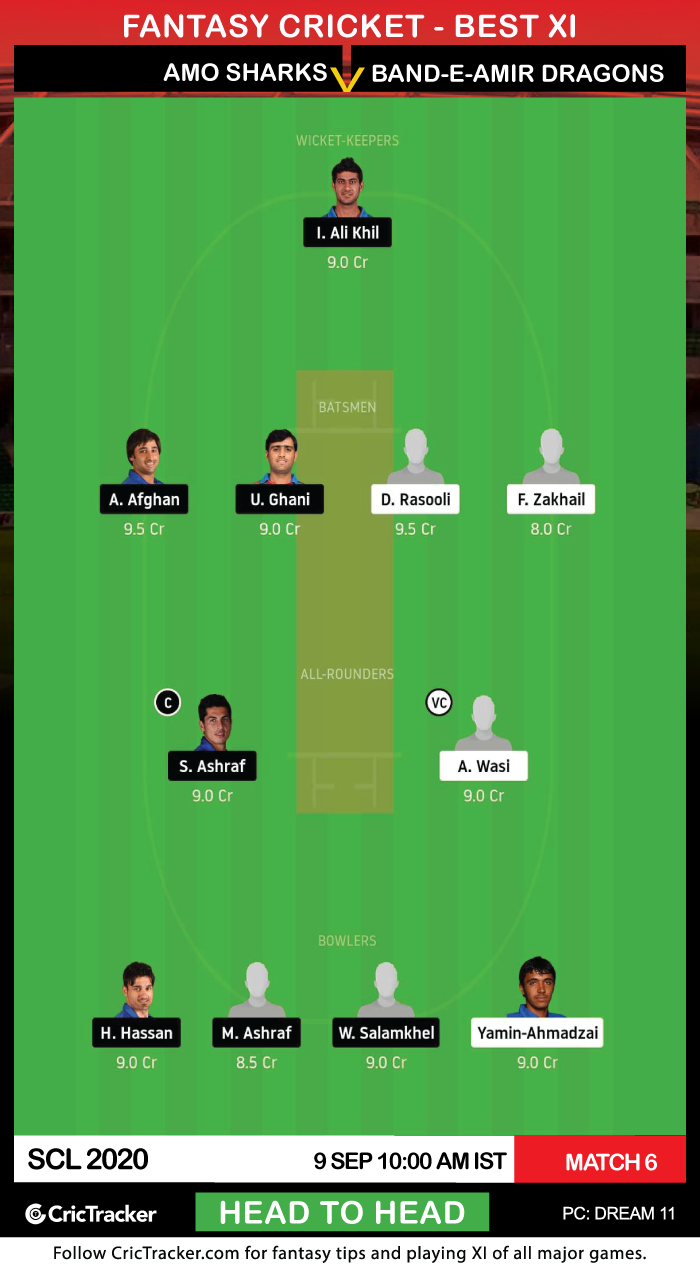 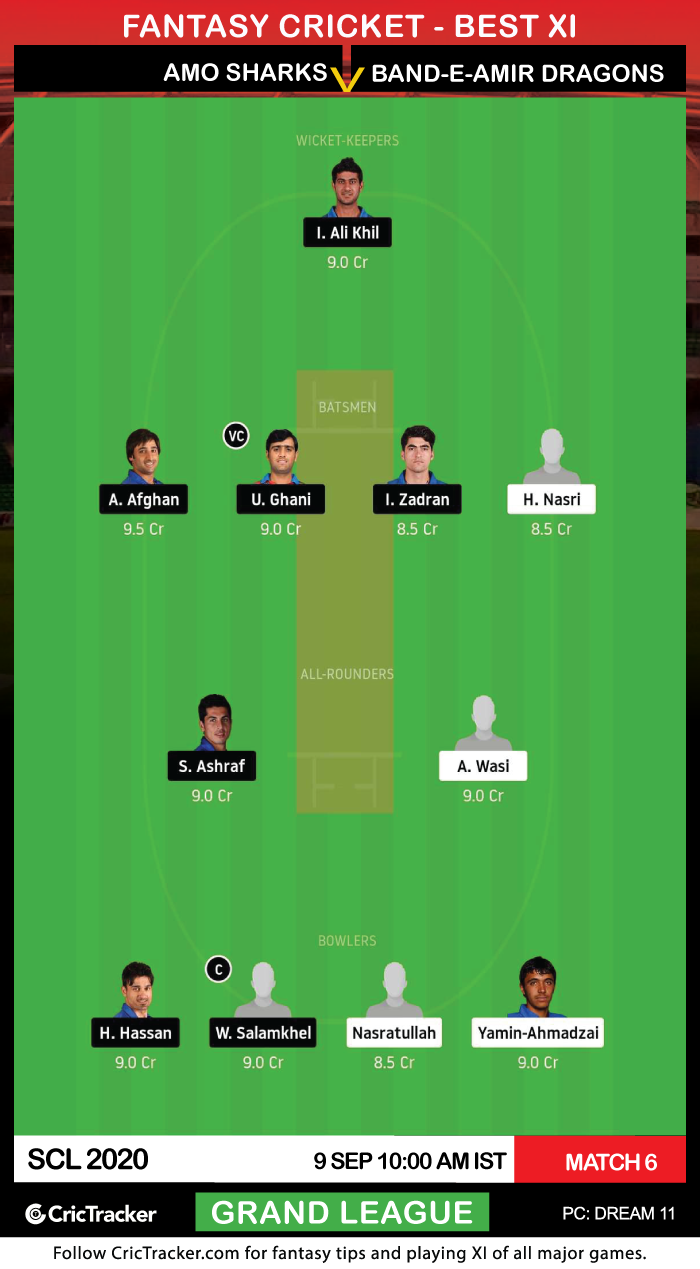 Ikram Ali Khil is one of the most potent players in the wicketkeepers’ list and is the player who should be picked in your team.

Band-e-Amir is expected to win this match.