Noor Ali is the leading run-scorer for the Kabul Eagles this tournament with 69 runs in two games at a strike rate of 144.

The 9th match of the Shpageeza Cricket League 2020 is all set to be played between the Kabul Eagles and the Amo Sharks at the Kabul International Stadium.

Kabul Eagles, despite winning one game out of the two that they have played, are placed fifth on the points table. A huge loss in one of the games has brought them down in terms of the NRR even though they have the same number of wins as many other teams. They will be taking on the Amo Sharks in the upcoming game of the Shpageeza Cricket League. The Sharks lost both the matches that they have played thus far and have some quite a few amends to make. They will hope that they put up a better performance in this game.

It will be a bright sunny day at the venue with the temperature hovering around the 25 degrees Celsius mark.

The pitch is a sporting one but slightly more inclined towards the batsmen. We should see a good contest between the bat and the ball.

Noor Ali is the leading run-scorer for the Kabul Eagles this tournament with 69 runs in two games at a strike rate of 144.

Javed Ahmadi scored 38 runs in two matches including a high score of 34. With the ball, however, he has been expensive and didn’t pick up any wickets.

Hayatullah is a decent option to have in your team. He picked up one wicket and can do the damage with the bat as well.

Nijat Masood picked up one wicket in the tournament so far and has an economy rate of 6.50. 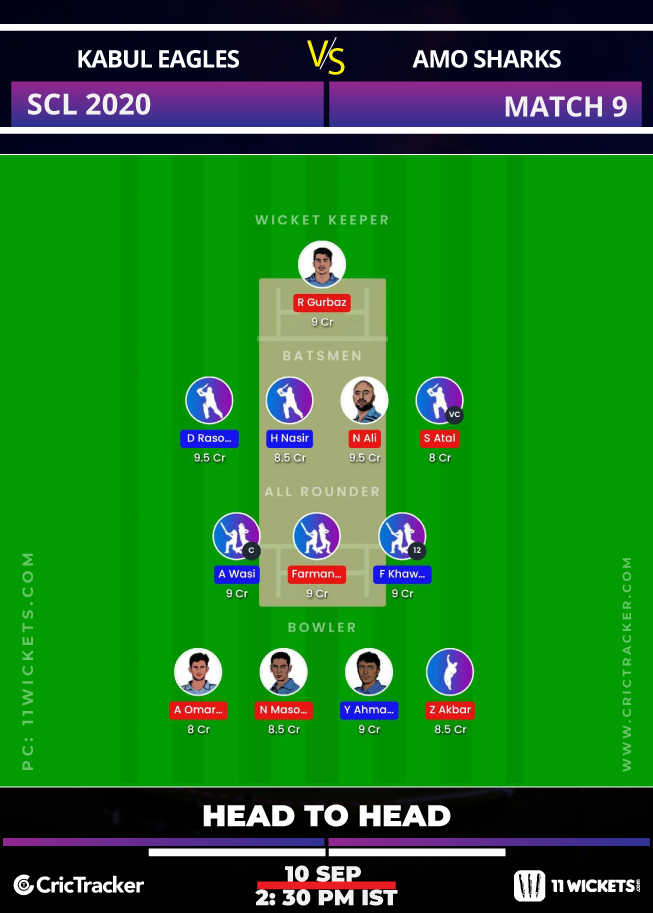 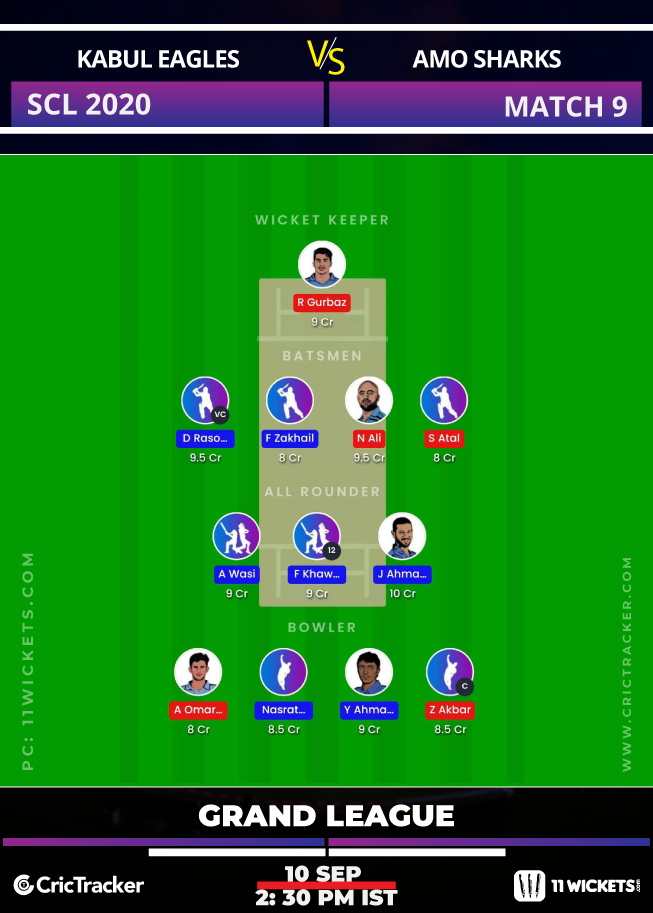 Having four bowlers in your 11Wickets Fantasy team on this pitch should be a good option given that the pitch has been offering some support to them.

The Kabul Eagles are expected to win this match.