Timothy David will be a safe option as captain or vice-captain given his recent success with the bat.

The 5th match of the Singapore T20I Tri-Series 2019 will be played between Singapore and Nepal at the Indian Association Ground in Singapore.

This game will be available on Fan code in India and will be live on the Wec Sports’ Facebook page and YouTube channel.

Nepal is now in a do-or-die situation to top the points table of the Singapore T20I Tri-series. A huge 40-run defeat against Zimbabwe on Tuesday has dented their chances as it also brought their NRR down. Zimbabwe, who suffered a close loss against Singapore, bounced back strongly over Nepal. Skipper Sean Williams’ second straight fifty helped his team to finish on 160/6.

Williams later opened the bowling and took three crucial wickets including both the opener. Eventually, Nepal could only post 120/9 in their 20 overs as only two players crossed 20 in their innings. Nepal will now face the hosts on Wednesday whom they defeated comfortably last week. If Nepal losses this game, Zimbabwe and Singapore will clash off on Thursday to decide the table-topper.

A bit of cloud covering is expected here and there on Wednesday at the Indian Association ground. The weather is better during the match duration and we might have at least a reduced match.

Targets up to 170 can be chased down at this venue but 160 was enough for Zimbabwe of Tuesday. Lack of batting depth in Nepal’s line-up and spinners doing a good job for Zimbabwe made the target defendable.

Timothy David cross 35 in each of the previous eight matches for Singapore out of which six were fifties. Sompal Kami took two wickets in the previous game and scored some quick runs down the order during the first match. Abinash Bohara took only one wicket in three games but has bowled some crucial spells with the ball. Amjad Mahboob made an impact in the first game of the tournament taking two wickets against Zimbabwe.

Timothy David will be a safe option as captain or vice-captain given his recent success with the bat. 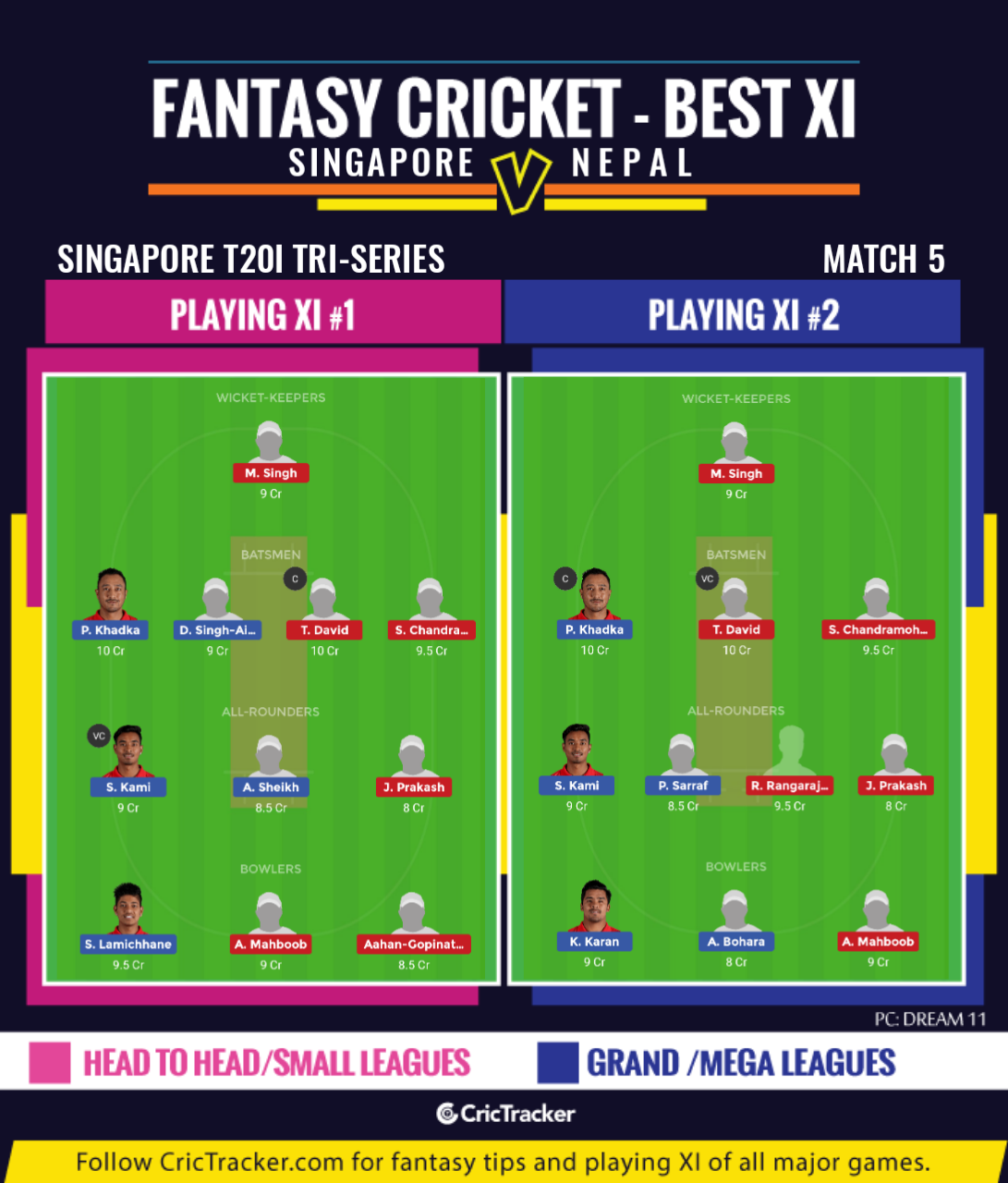 Nepal might not major changes to their playing XI after the loss against Zimbabwe. Their match against Singapore will be crucial for them to finish as table-toppers.

Singapore is expected to register their 2nd straight win of the tournament.