Sydney Sixers are expected to win the Sydney Derby for the second time in this season. 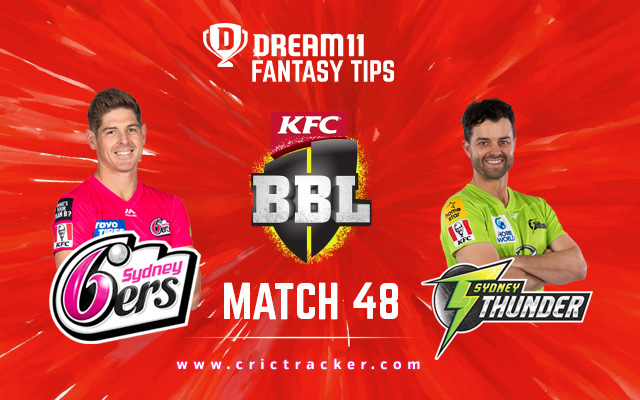 The 48th match of the Big Bash League (BBL) 2020-21 season will be played between Sydney Sixers and Sydney Thunder at the Adelaide Oval in Adelaide.

Sydney Sixers and Sydney Thunder were having similar seasons until these two local rivals clashed at the Manuka Oval. Prior to that game, the Sixers and Thunder were considered as the two favourites to get their hands on the 2021 BBL trophy.

Sixers emerged victorious in that game, and capitalizing on the momentum they gained from winning the Derby, they defeated an in-form Perth Scorchers in their last game. On the other hand, a Derby defeat derailed Thunder’s campaign and they ended up losing to an underperforming Hobart Hurricanes team in their last match. Hence, this match will be about retribution for them.

It will be a hot day in Adelaide tomorrow, with the temperature being around 28 °C even during the evening. There are no chances of precipitation.

The Adelaide Oval pitch will assist the batsmen, but bowlers can also do well here if they hit the right lengths. Anything around 170 should be a good score to defend here.

Moises Henriques and Sean Abbott have returned from national duties and are included in Sydney Sixers’ squad.

Daniel Sams is nursing an injury and will not be available for this match.

Josh Philippe has been extremely consistent for the Sixers all throughout this edition’s BBL. He has scored 421 runs at an average of over 35 and a strike rate of nearly 150.

Besides Philippe, Daniel Christian is another Sixers player who has provided his side with crucial all-round contributions day in day out. He has scored 182 runs and has picked up 12 wickets.

For Sydney Thunder, Alex Hales has arguably been the most effective player. The Englishman has scored 352 runs at an average of over 30 and a strike rate of nearly 160.

Sam Billings took his time to settle in Australia, but now that he has, the English wicketkeeper-batsman is looking dangerous. He has scored 187 runs at an average of over 30 and a strike rate of nearly 140.

Billings’ captain Callum Ferguson also has done a brilliant job with the bat. He has amassed 270 runs at an average of over 25 and strike rate of over 115. 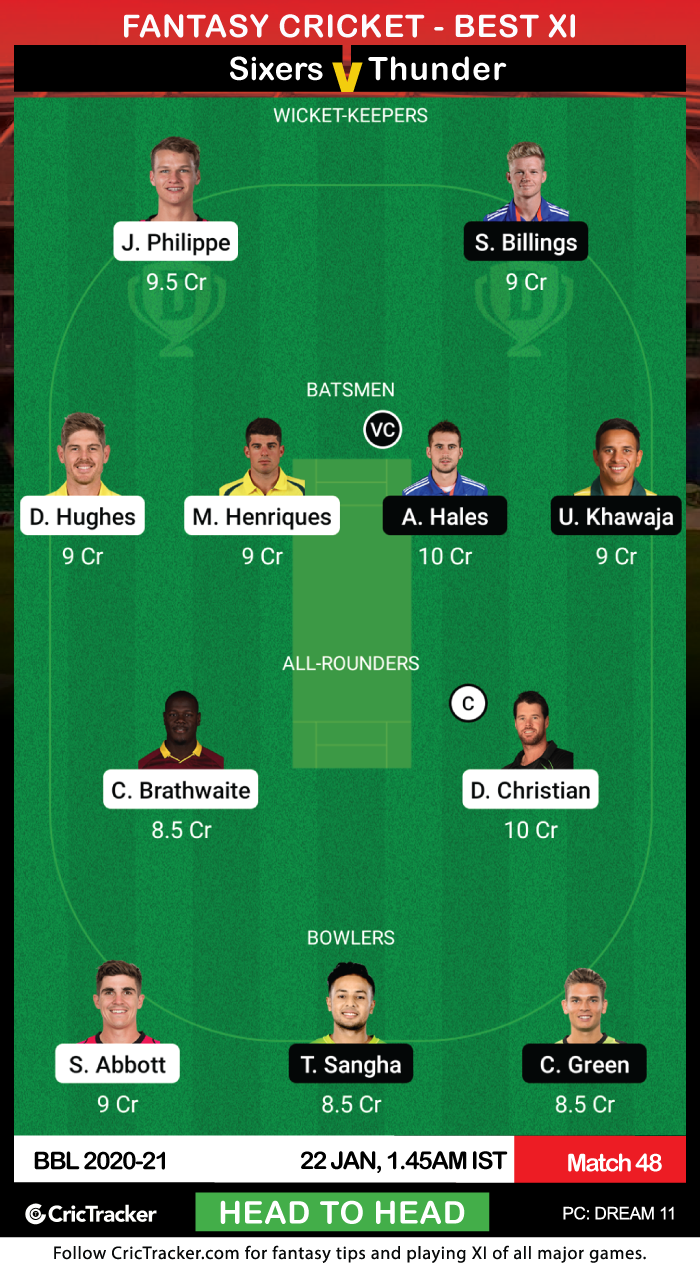 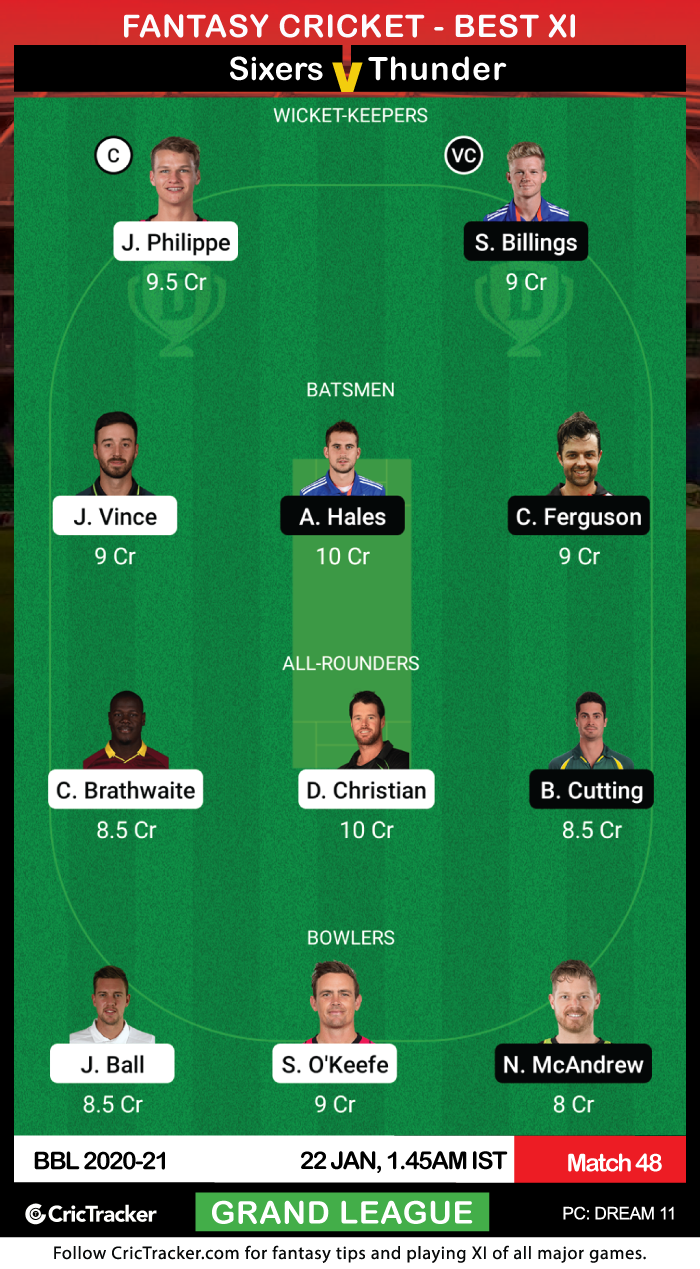 Priced at merely 8.5 Cr, Carlos Brathwaite can be a clever budget pick for your Dream11 Fantasy team. The West Indian has picked up 13 wickets and has an economy rate of just over 7 runs per over.