Shikhar Dhawan is a good captaincy pick for this match. 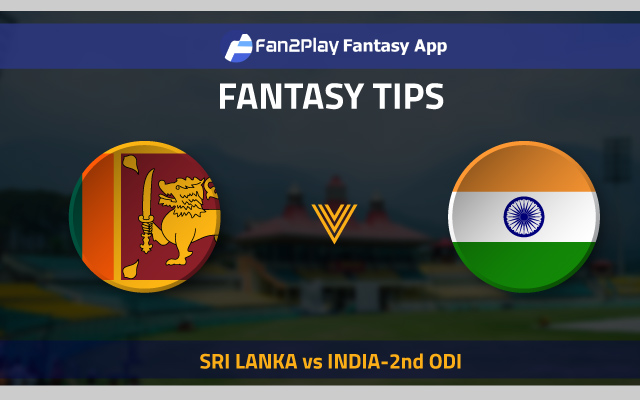 Sri Lanka will lock horns with India in the second ODI of the three-match series. The encounter takes place on July 20 (Tuesday) at the R.Premadasa Stadium in Colombo.

This game has a start time of 3:00 PM IST and fans can tune into Sony Sports Network to catch live action.

On expected lines, India dominated Sri Lanka in the opening clash and walked away with a comfortable seven-wicket win. The home team did well by posting 262/9 while batting first. However, the target wasn’t anywhere near enough against this fearless and ruthless Indian batting line-up. Prithvi Shaw and Ishan Kishan cleared the ropes for fun, as the Lankan Lions had a terrible day at the office.

Skipper and veteran opener Shikhar Dhawan also scored an unbeaten half-century as the Men in Blue chased the total in mere 36.4 overs. With the visiting team having a 1-0 lead, a win in the second game would seal the deal for him. Hence, Dasun Shanka’s men must put their best foot forward in this do-or-die encounter.

Captaincy Picks for SL vs IND:

The veteran opener didn’t do much wrong in his first assignment as Team India captain. Dhawan was spot-on with his on-field decisions and made a mark with the bat as well. While Kishan, Shaw, and Suryakumar Yadav were aggressive, Dhawan played the anchor’s role and remained unbeaten till the end. He, in total, scored 86 off mere 95 deliveries.

Sri Lankan bowlers would have breathed a sigh of relief after Prithvi Shaw’s dismissal. However, Kishan, on debut, came in at three and smashed a six in his very first ball. The southpaw went on to register a quick-fire half-century and won’t mind replicating his heroics. Not to forget, he can also contribute with his wicket-keeping prowess. 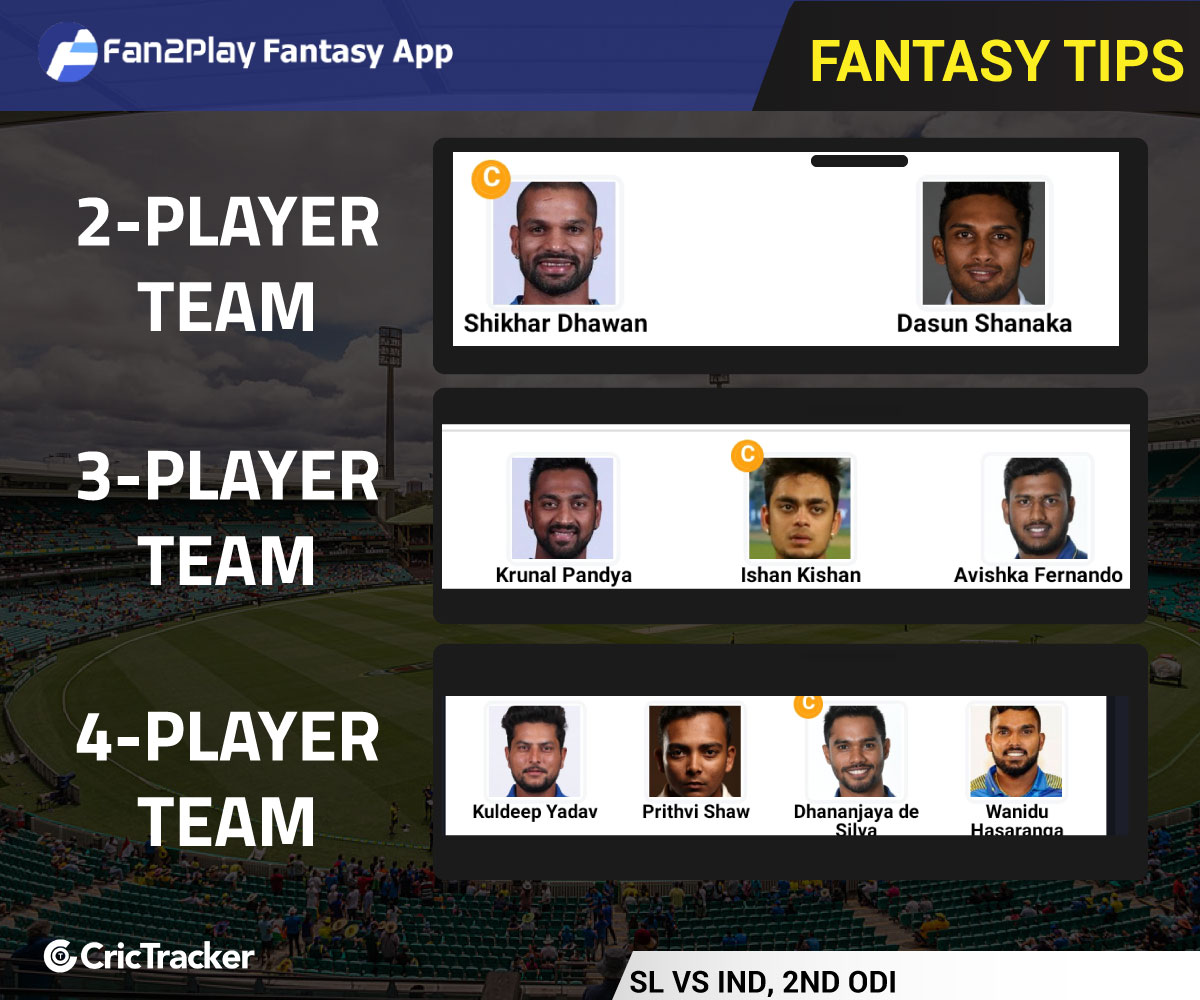 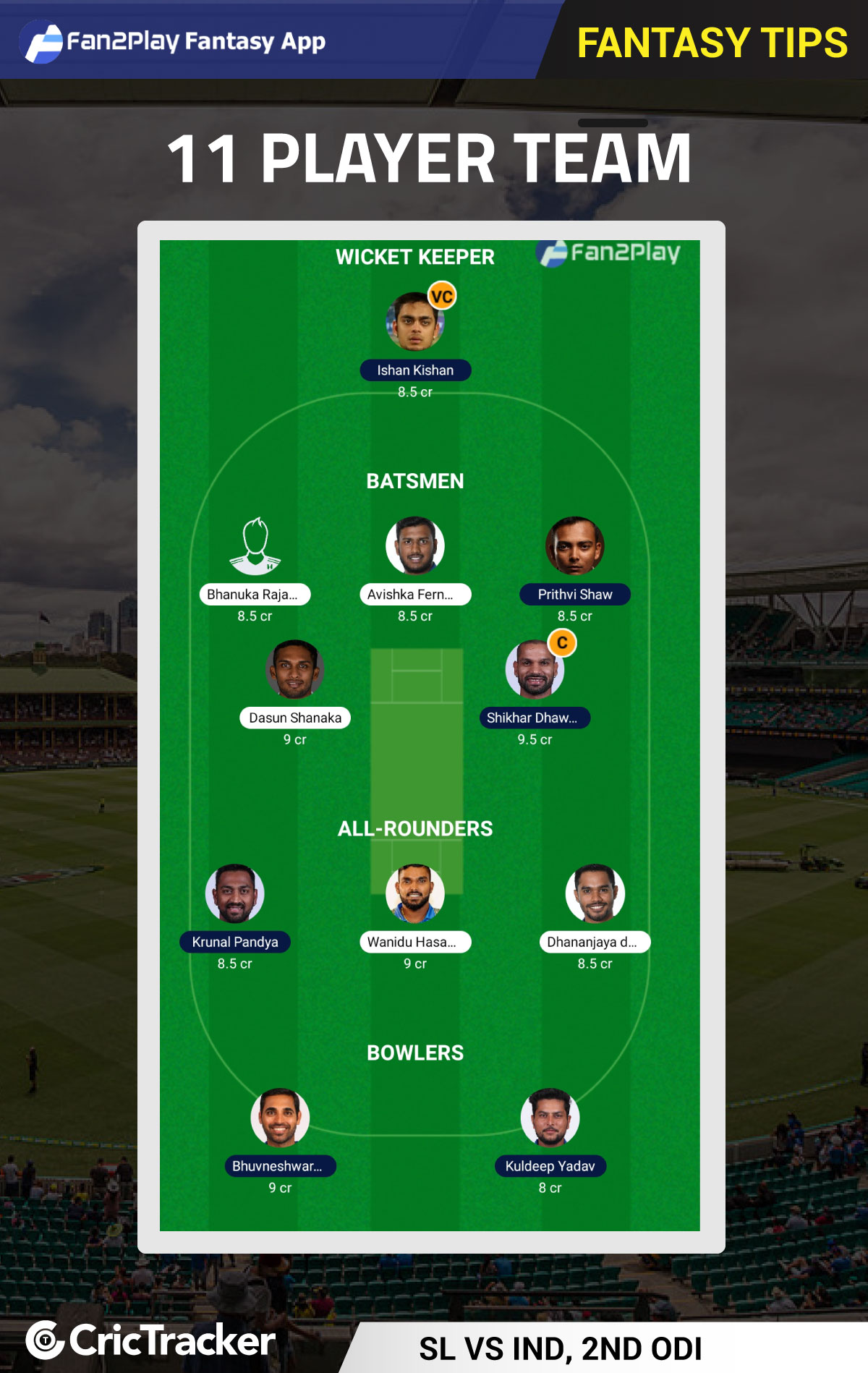