Rostan Chase can be a good pick for this match. 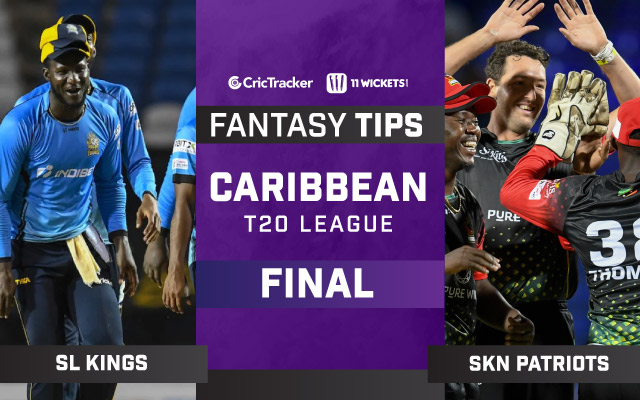 St. Kitts and Nevis Patriots and Saint Lucia Kings will battle it out against each other in the final match of the Caribbean T20 League 2021. The former began their CPL campaign on a dominating note as they secured five victories in a row. Their win against Guyana Amazon Warriors by seven wickets helped them to book their spot in the finals.

Saint Lucia kings on the other hand posted a target of 206 for the Trinbago Knight Riders in the second semi-final match. They then went on to defend the total as they wrapped up Trinbago Knight Riders’ innings at 184. Heading into the final match of the CPL, both sides will be keen to put their ‘A’ game on the table to lift the trophy.

The batters will have to make most of the initial overs, as fetching in runs in the middle and death overs might get difficult. On winning the toss, batting first can be a good alternative on this pitch.

Rostan Chase has been exceptional for the Saint Lucia Kings. In the semi-final match, he scored 36 runs. In the CPL tournament so far, he has chipped in 403 runs.

Evin Lewis has smashed 420 runs in the tournament so far. In the semi-final match, he played an impressive knock of 77. He can be a good pick for this match.

Dominic Drakes has scalped 15 wickets in the tournament so far. He will be determined to perform well for the side in the final encounter. 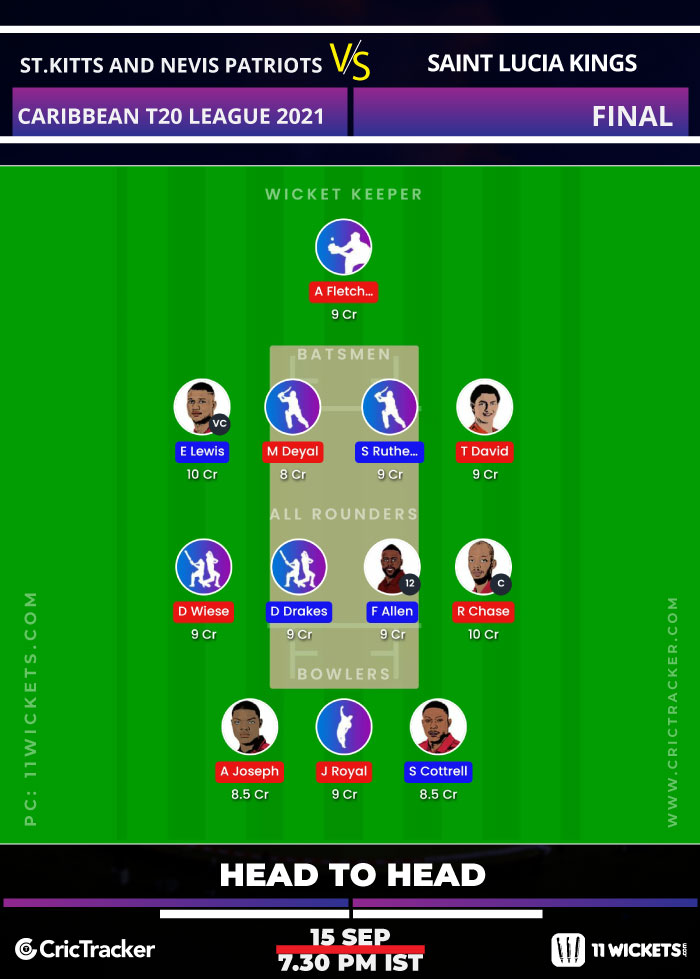 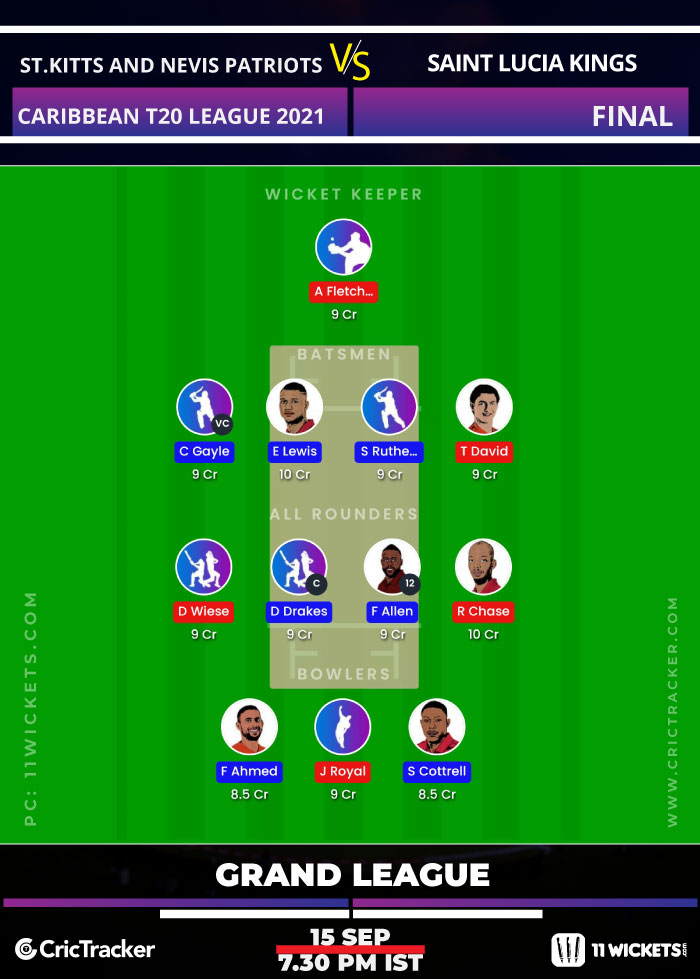