Jay Pandey is the captaincy choice for the match

Smashers will face Titans in the 18th match of the Pondicherry T10 Series on Tuesday, May 24, 2022, at Cricket Association Puducherry Siechem Ground in Puducherry.

Smashers won their last encounter against Avengers by successfully defending 99 runs. Mohit Mittan was the biggest run scorer for SMA in that match, scoring 36 runs in 26 balls, while the bowlers limited Avengers to 83 runs and won the match.

The Titans, on the other hand, fell to the Patriots in their most recent match. Jay Pandey played a key inning of 43 runs to lead his side to a total of 102 runs, but he did not receive the needed potential from his colleagues, and the match was lost.

The pitch at Cricket Association Puducherry Siechem Ground, Puducherry is a balanced pitch that has been good for both departments so far; yet, batting first should be the choice as the matches have shown a slight edge for bat second.

Jay Pandey is an excellent choice for your fantasy team because he scored 43 runs for his team with a strike rate of 159.3.

Akshay Jain is a must-pick contender since he took three crucial match-winning wickets in the previous game to clinch his team’s win.

Mohit Mittan has performed admirably in his last encounter, scoring 36 runs on 26 balls for his side. 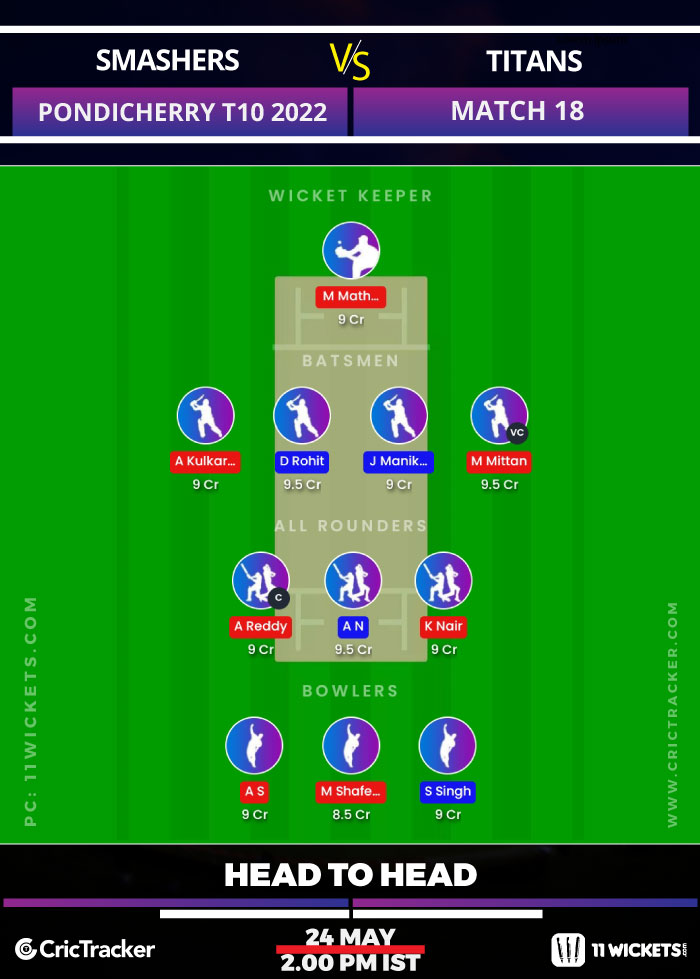 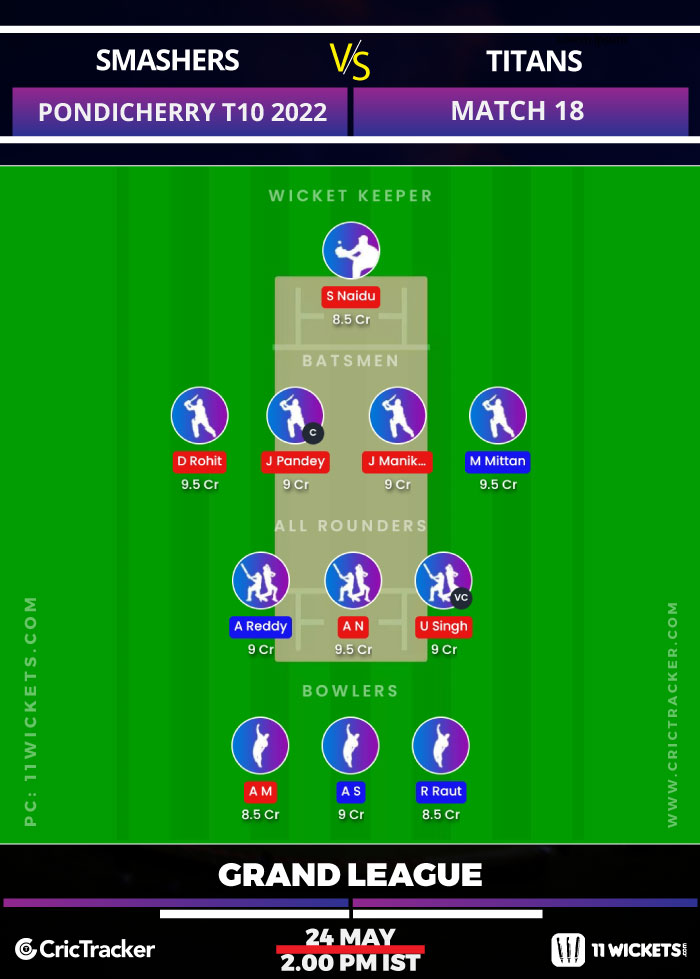 We have a few doctors in Indian cricket as well, have a look. #SachinTendulkar