For the Northern Superchargers, Harry Brook is a pivotal player. 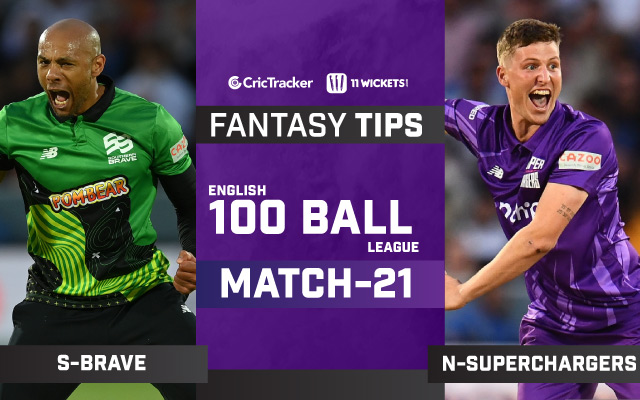 Southern Brave and Northern Supercharges will battle it out against each other for match 21 of the Men’s English 100 Balls League. The Southern Brave have registered two wins from five matches. On the other hand, the latter have won two games. One match of both the teams had previously got abandoned.

The pitch at the Rose Bowl is expected to help the batters. The pacers might get assistance at the latter part and spinners can prove lethal in the middle overs.

For the Northern Superchargers, Harry Brook is a pivotal player. He scored 28 runs in the last match and has so far chipped in 175 runs in the tournament so far. He can be a good pick for the match.

James Vince has scored 106 runs in the tournament so far. He has produced some good performances for Southern Brave. Vince will be determined to perform well. 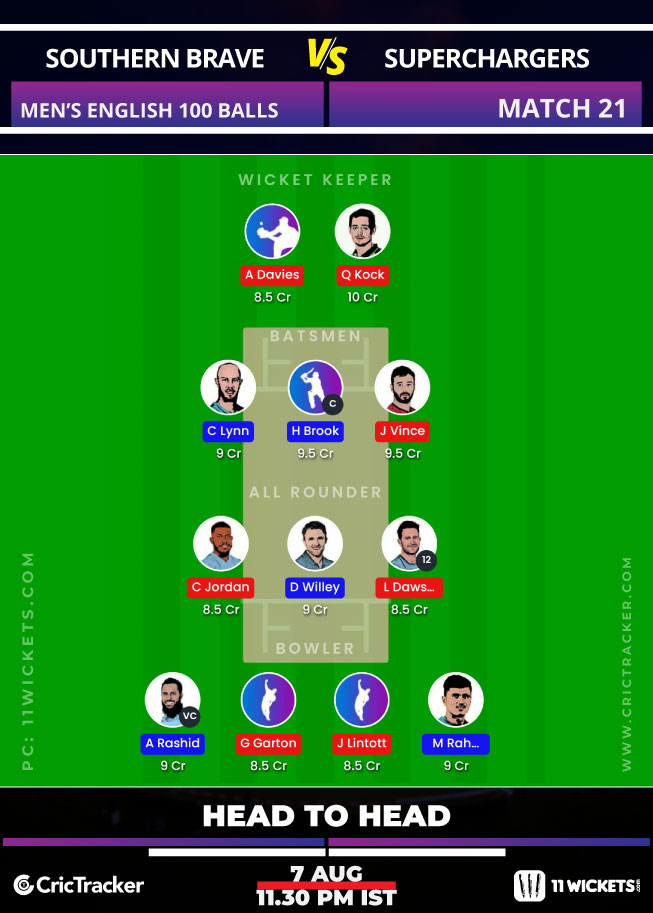 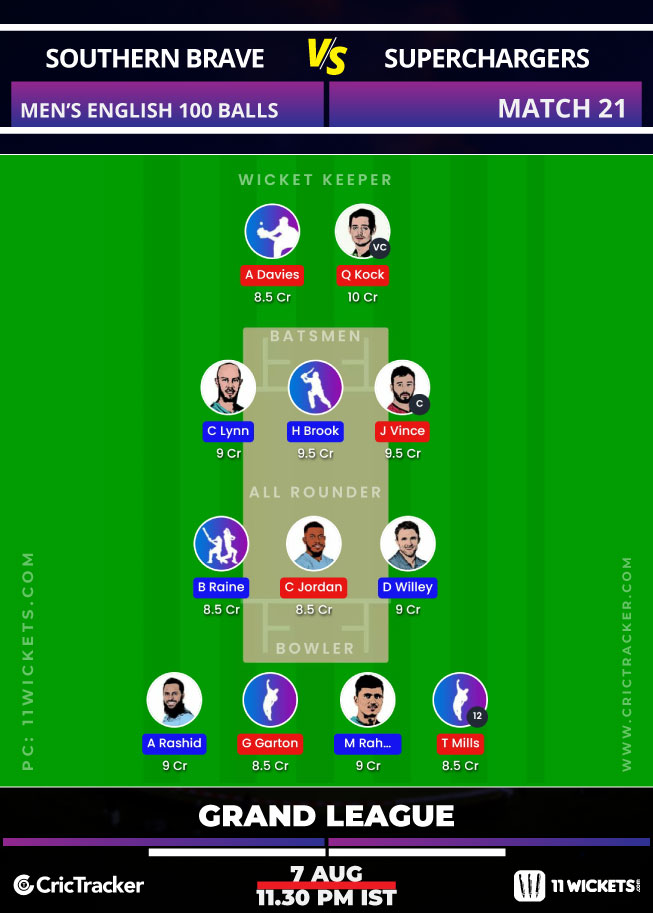