Zeeshan Yousaf scored 54 runs in 4 matches in the competition so far and also picked up six wickets till now.

The 14th match of the ECS T10, Malta will be played between Southern Crusaders CC and Msida Warriors CC at the Marsa Sports Club, Malta on Friday.

It is the final game of the 4th day, where Msida Warriors CC will meet Southern Crusaders CC after facing each other in the second game. Having played the second match of the day against each other, both the teams would have a fair bit of idea about the pitch, conditions, and what playing XI of theirs would work the best. So, they would be coming in with the best squads that they have and it will be a really closely contested match.

Southern Crusaders CC is having a brilliant tournament so far. They have won all of the 4 matches they have played so far and are placed at the top of the points table. On the other hand, Msida Warriors CC lost their opening game and their second match got abandoned and they are placed at the 5th spot in the points table. We can expect a thrilling encounter between these two teams this Friday.

The weather is expected to remain fine throughout the day. Still, the skies will be partly cloudy with the temperatures hovering around the 18 Degrees Celsius mark

The pitch is expected to be a neutral one where both batsmen and bowlers would get almost equal help. The team who wins the toss will look to chase at this venue

Also Read: ICC gets a complaint regarding an attempt of match-fixing in LPL

Zeeshan Yousaf scored 54 runs in 4 matches in the competition so far and also picked up six wickets till now.

Manuel Antony looked promising for MSW at the bowling department in the first match, he picked up a 3-wicket haul in that game.

Lakshitha Senavirathna was in good form with the ball, he had picked up 3 wickets in the tournament so far.

Gopal Thakur scored 83 runs in 4 matches, at an average of 29. Besides that, he scored a quick 20 run knock in his last game against AUM. 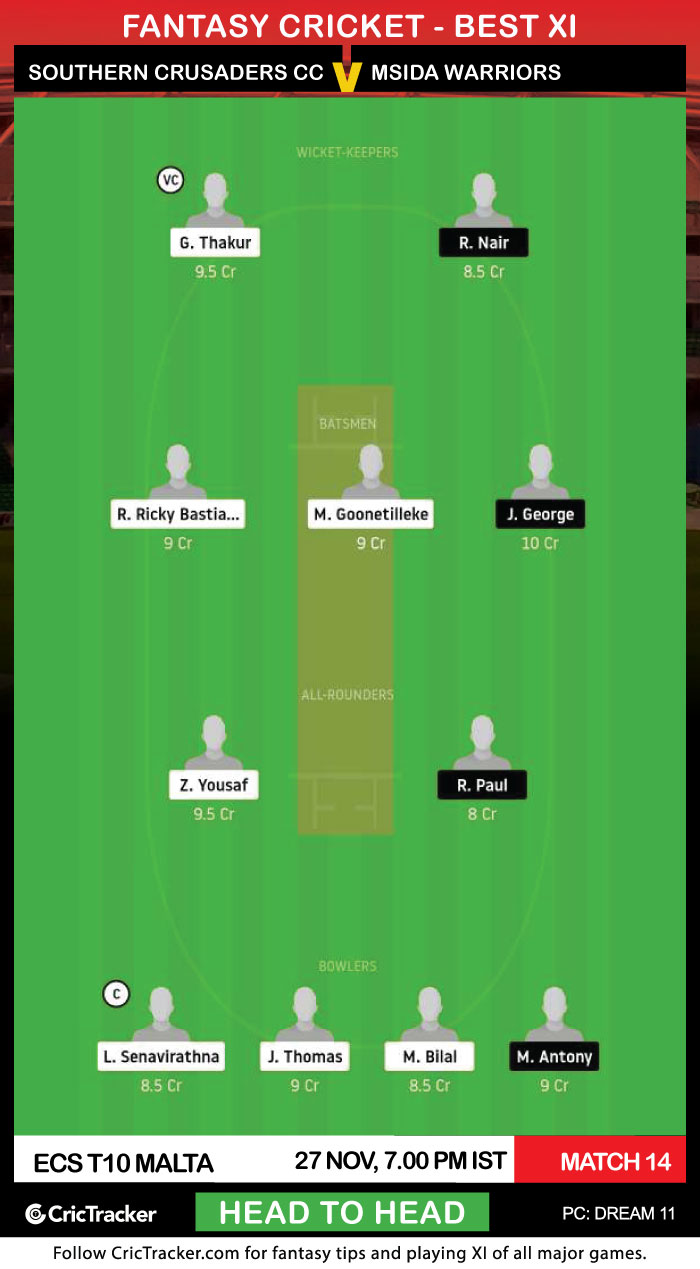 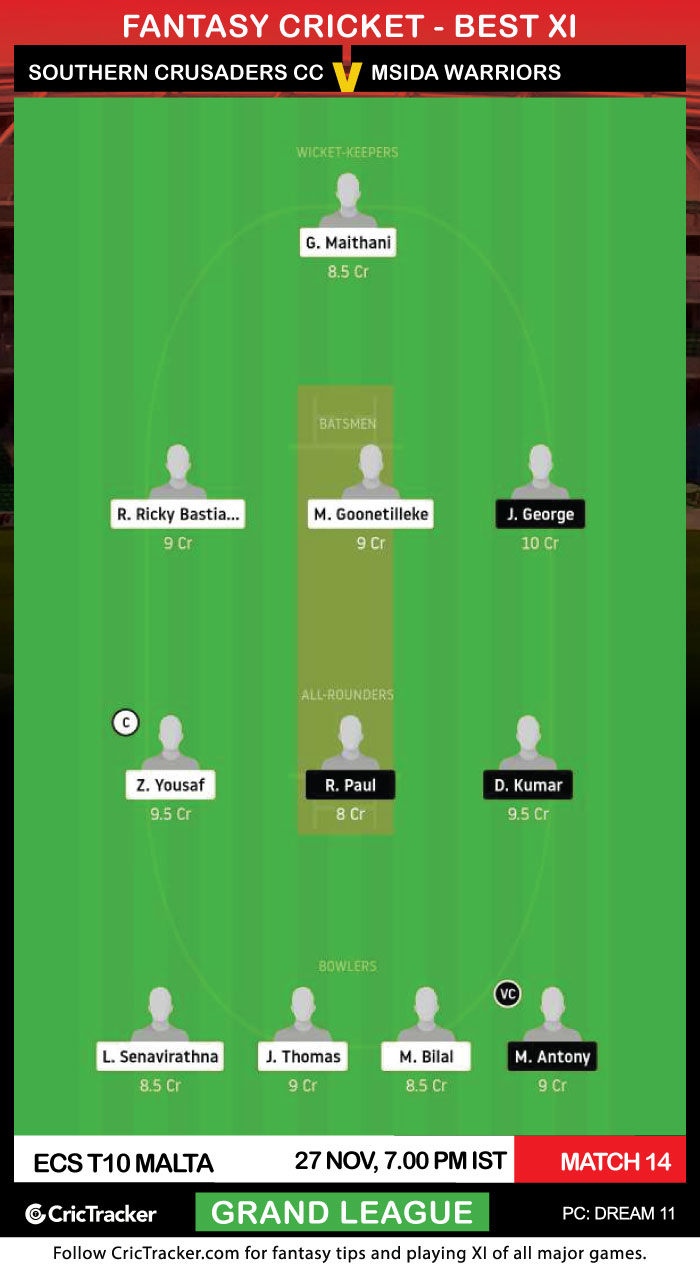 It is advisable to pick 7 players from Southern Crusaders CC in your Dream 11 teams. As they are going to win the match easily.

SOC is expected to win this game.