Devon Conway is a good captaincy option for this rubber.

Somerset and Gloucestershire will face each other in a South Group encounter of the Vitality T20 Blast tournament. This match is scheduled to be played on 18th July 2021 at the Cooper Associates County Ground in Taunton.

Somerset has had an excellent run in the Vitality T20 Blast tournament. The side is comfortably sitting at 2nd place in the points table and has won 7 out of the 13 matches that it has played. The Somerset side thrashed the Glamorgan side in their previous match by 74 runs.

Gloucestershire has had an average run in the tournament. They are currently placed at 5th place in the points table and have emerged triumphant in 6 out of their 13 games. They were beaten by the Surrey side in their previous battle.

Captaincy Picks for SOM vs GLO

Devon Conway was in excellent form in Somerset’s clash against the Glamorgan side. He scored an excellent 70 at the top of the order at a strike rate of 134.61 and helped his side post a comfortable win over their opposition. 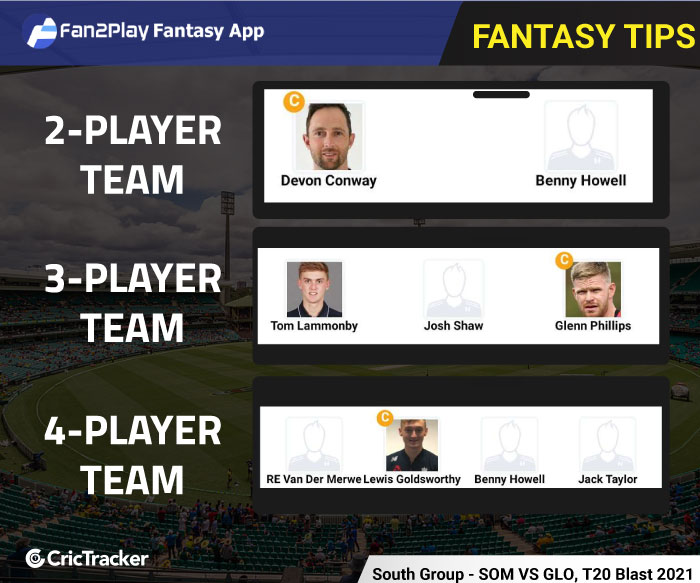 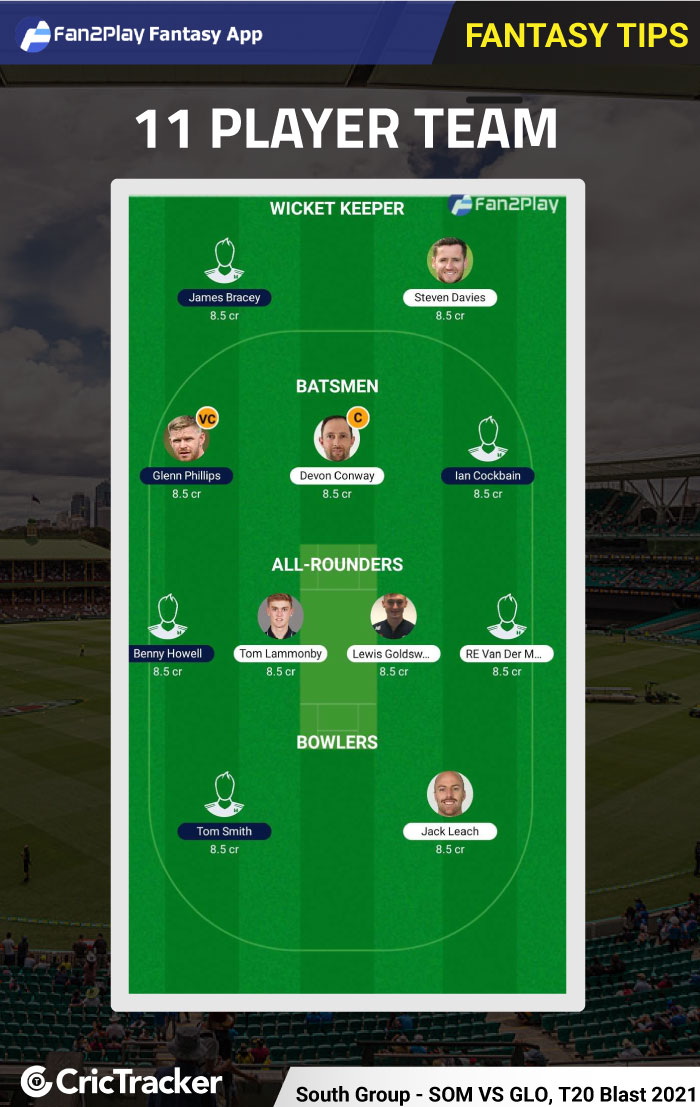