Donald Tiripano has been outstanding with the ball.

With two wins and a victory, it was looking almost certain that Southern Rocks would be able to make it to the finals of Zimbabwe Domestic T20 2021. But a defeat in their final game against Mashonaland Eagles meant that they will instead play in this 3rd Place Play-Off.

They will now take on a team that has had a similar story going on in this competition. Like the Rocks, Mountaineers also have won 2 and have lost as many matches. What gives them the edge going into this match is that they defeated the Rocks when these teams crossed paths previously.

This track here in Harare will favour the batsmen in the first innings, but towards the latter phase, the bowlers will come into the picture.

Tadiwanashe Marumani has been in sublime touch with the bat for the rocks. He has scored 175+ runs at an average of almost 60.

While Marumani has been the leader of the batting department, Roy Kaia has been the bowling kingpin of the Rocks. He has scalped 6 wickets.

Gary Chirimuuta played a match-winning knock when he last faced the Rocks. He scored an unbeaten 64 in that game and will be aiming for a similar outcome in this game.

Donald Tiripano has been outstanding with the ball, as he has picked up 8 wickets. He can also be handy with the bat.

Also Read: ‘That’s why Manish Pandey failed to cement his place in the Indian team’ – Ashish Nehra slams the batter for his slow knock against RCB 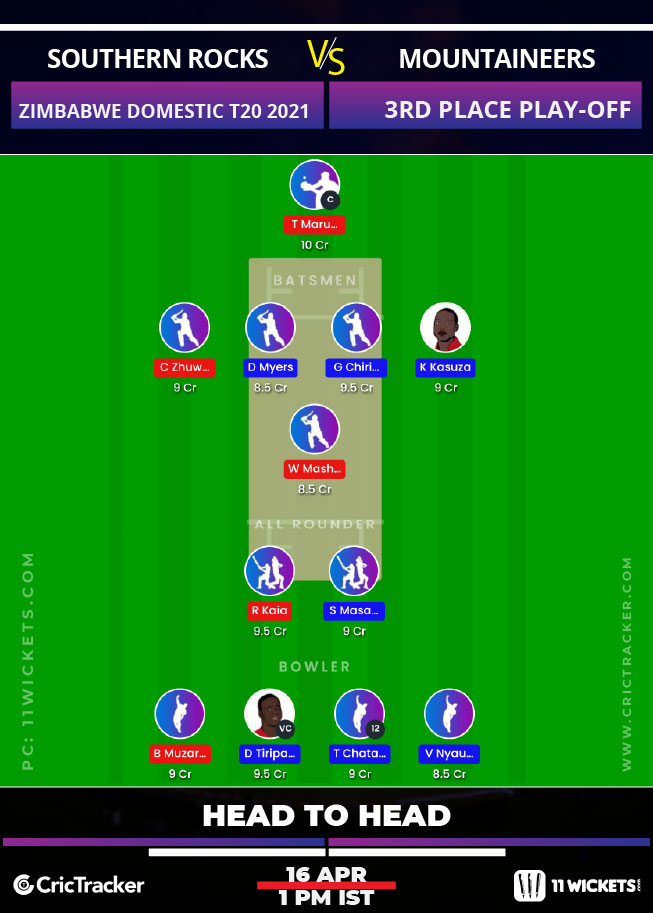 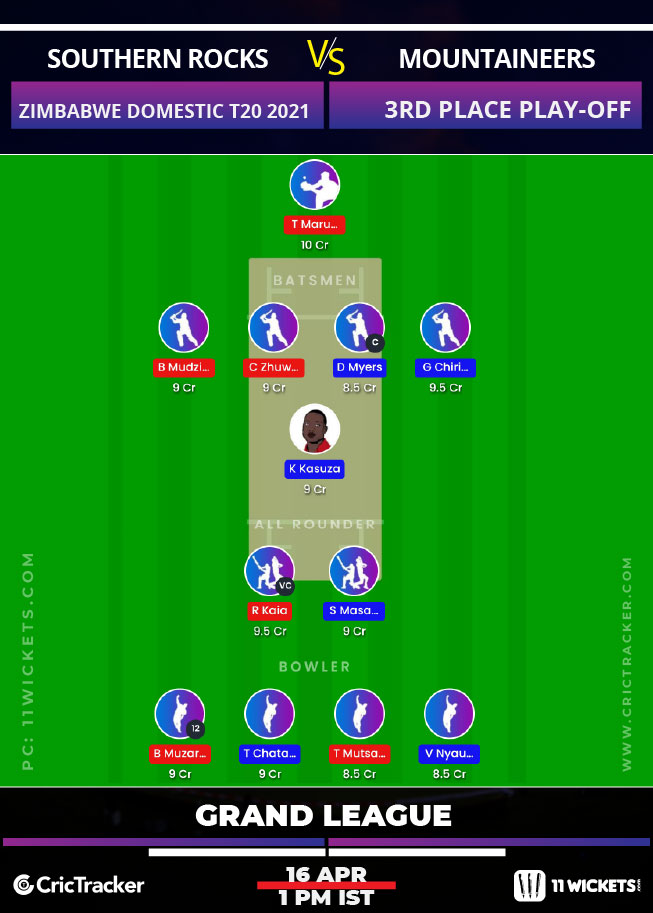 Southern Rocks are expected to win this match.