The 2nd game of the 3-match Youth ODI series will be played between South Africa Under-19s and India Under-19s at the Buffalo Park in East London.

India Under-19s’ tour of South Africa started off in style as they cruised to a 9-wicket win in the first of the 3-match Youth ODI series. Four bowlers took at least two wickets for the visiting team as the South Africa Under-19s were bundled out for a below par score of 187. India U19s got off to a great start with the openers Divyansh Saxena (86*) and Tilak Varma (59) scoring fifties. Kumar Kushagra scored an unbeaten 44-ball 43 to take India past the target with 45 balls to spare.

The Buffalo Park could be under the clouds during the coming week but on Saturday, no threat from rain is expected.

The Buffalo Park produced a decent track for a 50-over game on Thursday but it was the quality of the India Under-19s that made it a one-sided outing. The team batting first should be able to post 275+ on such a track. It was not possible for the South Africans despite India U19s did not field their first preferred XI during the first match. There are good chances of even the 275+ totals not being enough for the batting first sides.

SA skipper Bryce Parsons missed the first Youth ODI as he was recovering from a back injury. 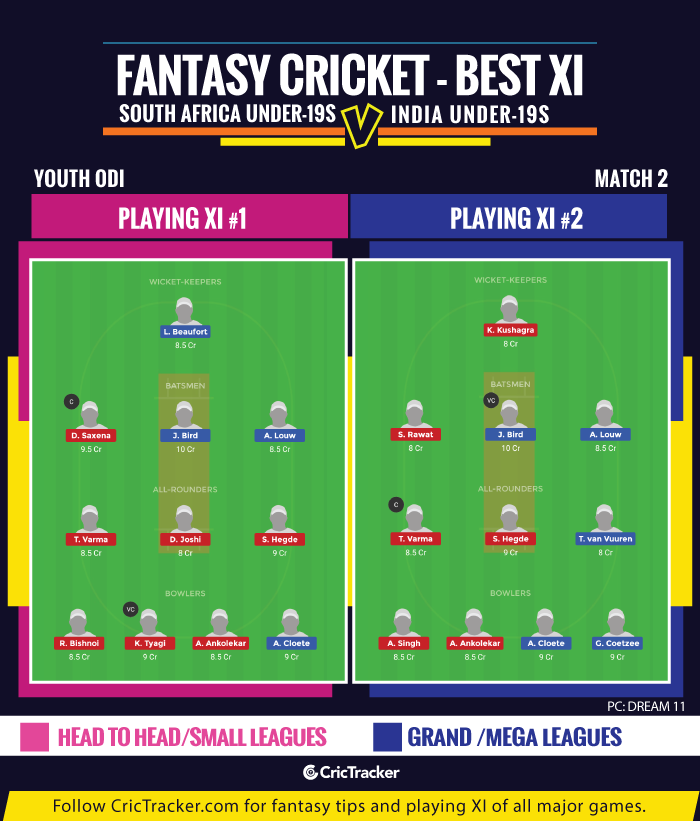 India Under-19s are expected to seal the 3-match series against the hosts with yet another big win.