At the Mangaung Oval, the Aussies have a 2-1 lead over the Proteas in ODIs.

Australia were pretty dominant in their T20I series against South Africa, winning by 2-1. However, in the first ODI at the Boland Park in Paarl, the Proteas came out trumps by 74 runs. Heinrich Klaasen’s unbeaten 123 set the platform after which the bowlers didn’t allow the opposition to get a foothold back. For the visitors, only Steve Smith put forth some resistance with a gutsy 94-ball 76.

It means that the Aussies are now in the must-win scenario going into the second match at the Mangaung Oval in Bloemfontein. The hosts would be looking for a series win after a string of defeats. The Proteas have a decent record in Bloemfontein, having won 15 out of 23 ODIs. But, in the last decade, the venue only hosted five ODIs. Against the Aussies, South Africa have a 1-2 record.

The average score at the venue in ODIs in around the 250 mark. When South Africa plays a game, the average shoots up to around 262. Hence, a pretty sporting strip can be expected for Wednesday’s match. The playing conditions will mostly be clear with no rain predictions. The temperature will start at 28 degrees Celsius and will come down to 18 degrees by the close of play.

The Proteas may not tinker with their winning combination. Janneman Malan will be looking to make amends after bagging a golden duck last time. Quinton de Kock and Temba Bavuma got starts but couldn’t convert. Kyle Verreynne looked pretty decent on debut though, scoring 48 off 64 balls.

David Miller was in ominous form as well in the 149-run stand with Heinrich Klaasen, who was unstoppable the other day. In bowling, Lungi Ngidi picked up three wickets as his cutters were tough to deal with. The others also played their role to perfection and now need to carry on with the form.

The Aussies may think about trying out Ashton Agar in place of Mitchell Marsh, who faltered with both bat and ball last time around. Agar got a hat-trick in the T20Is and have a better understanding of the opponent’s shortcoming. Warner and skipper Finch need to find their rhythm at the earliest.

Steve and Marnus Labuschagne showed great temperament. But the batting from there needs to go back to the drawing board. Pat Cummins was economical as well apart from the three wickets. But the others need to pull their socks up. A lot will again depend on Starc, Hazlewood and Cummins. 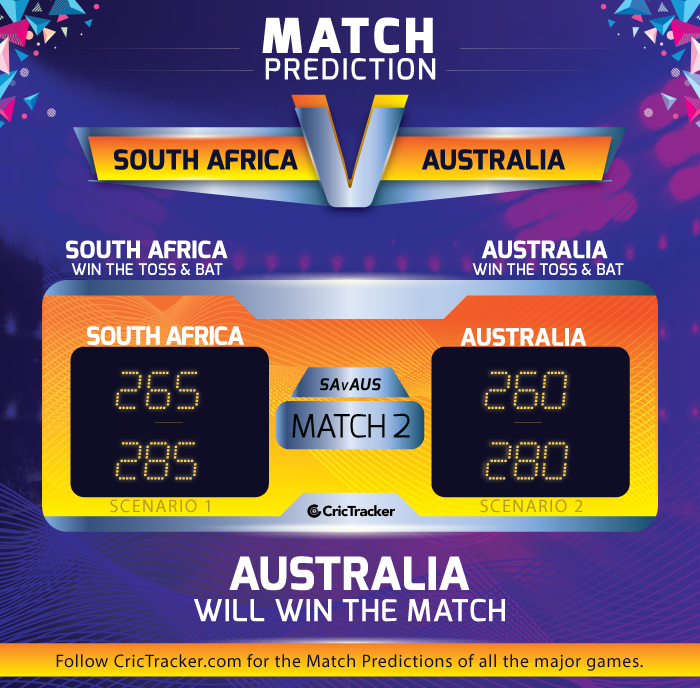