Dane van Niekerk has been ruled out from the remainder of the ODI series.

South Africa Women sealed an ODI series win against the Sri Lanka Women with a second straight close win in the 3-match series. The visiting skipper Chamari Athapaththu’s 78-ball 94 put her team on the top in the 269-run chase. A lower order collapse saw them getting bowled out for 231 in pursuit of the revised target (261 from 47 overs). The two teams will now face in the final ODI on Sunday which is important for the hosts as far as the ODI Championship Table is concerned.

If the Proteas Women manage to win the final ODI, they will move to No.3 in the table from No.6. However, it won’t be an easy task for the hosts in the absence of their captain Dane van Niekerk. The all-rounder has been ruled out of the remainder of the Sri Lanka tour due to a stress fracture on the neck. The expected recovery time for such an injury is approximately three months. Suné Luus has been named as the interim captain of the side.

The third and final game of the 3-match ODI series between South Africa Women and Sri Lanka Women will be hosted by the Senwes Park in Potchefstroom.

There will be no broadcast or live streaming of this game in any part of the World.

The Senwes Park witnessed two brilliant games in the series and kept its reputation of being a high scoring venue during the Women’s ODI matches. The series is expected to end with another thrilling game with scores around 250.

Suné Luus took up captaincy from Dane van Niekerk after the first ODI with the latter getting ruled out of the series.

The fifty by Marizanne Kapp in the previous ODI was her first since the start of 2017 in ODIs. In this span, she aggregated 439 runs from 36 matches and bagged 48 wickets. She will be crucial for South Africa’s winning chances in the final game in absence of her better half Dane van Niekerk. 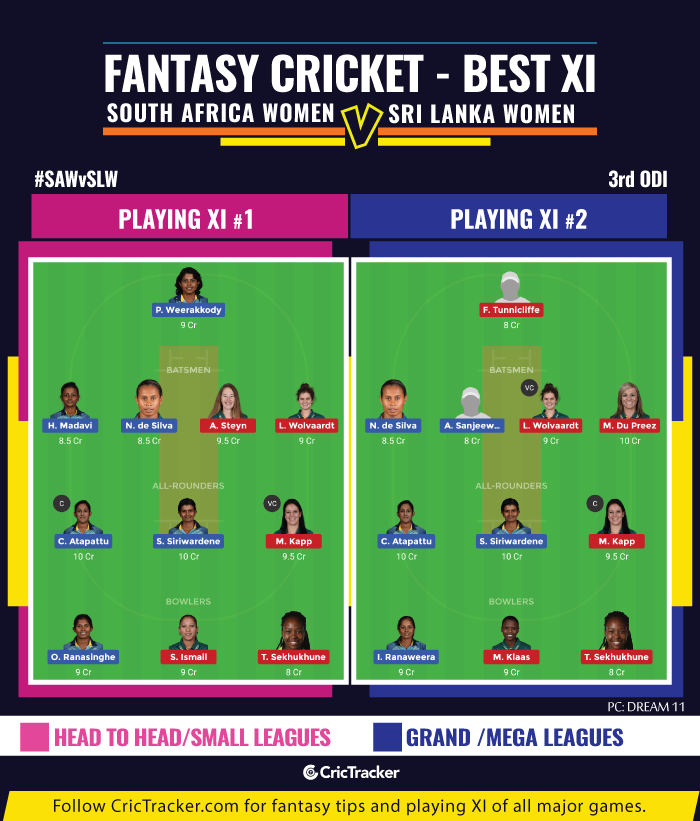 South Africa Women are complete a series whitewash in the ODI series against the Sri Lanka Women despite missing their regular skipper.