Ahsan Yaqoob scored an unbeaten 29-ball 50 in the first match for Madrid United.

The 8th game of the Spanish Regional T10 Midweek League 2020 will be played between La Manga CC and Madrid United at the Woodbridge Oval in Albir.

The weather forecast suggests no rain during the second match but we might have some clouds around.

The Woodbridge Oval has been on the slower side during the second matches of the day. It seems as if the spinners are getting bit of help in the second half as the game progresses. On Wednesday, we had a 99-run chase in the first game and a team defending 83 in the second match.

Adam Algar was the top-scorer for La Manga in their first match where he scored 43 out of 31 balls with 5 boundaries while the rest got 24 runs by hitting only one four. Ahsan Yaqoob scored an unbeaten 29-ball 50 in the first match. He didn’t score big runs in the second game but picked up a wicket by conceding only 8 runs. Ittfaq Ahmed took a 3-wicket haul in the last match after he failed to take a wicket in the first match. 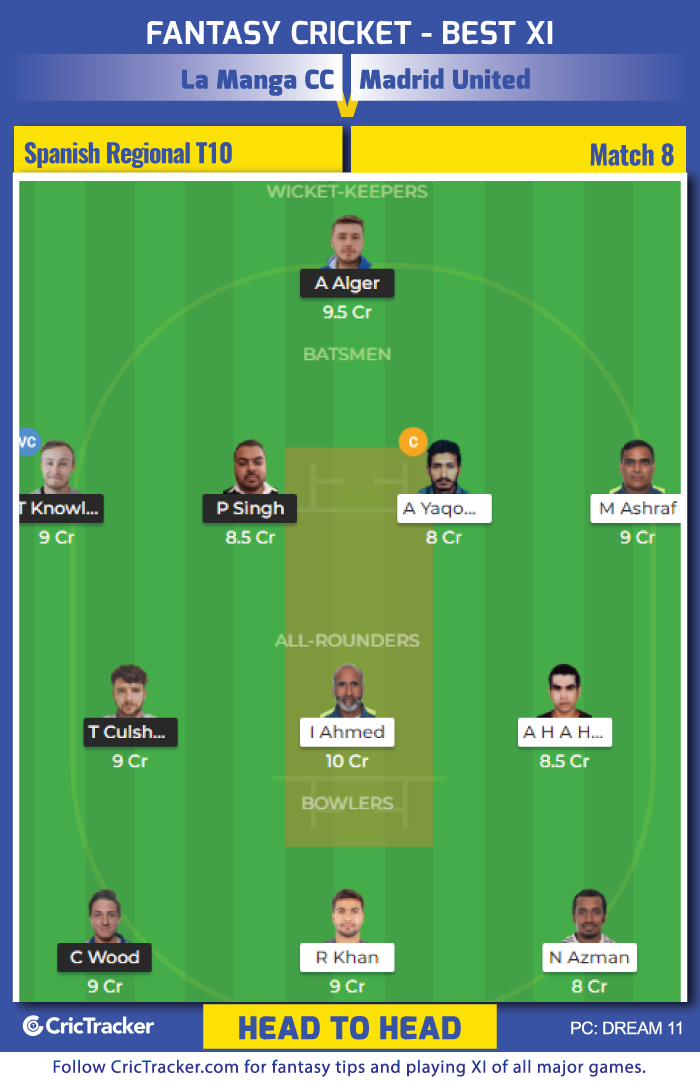 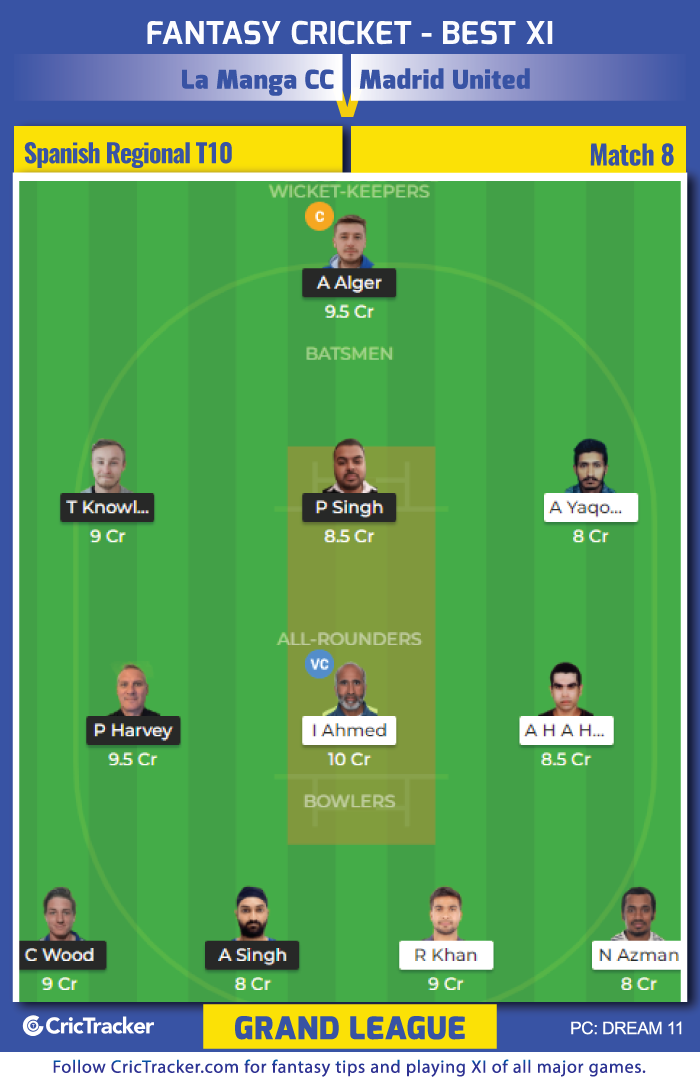 Madrid CC and Madrid United played twice in the last two matches without making any changes. We expect the same to happen with La Manga who will be playing two matches on Thursday. Madrid United didn’t pick a few big names present in the squad and we expect them to continue that strategy.

The Madrid United are expected to complete a hat-trick of wins.