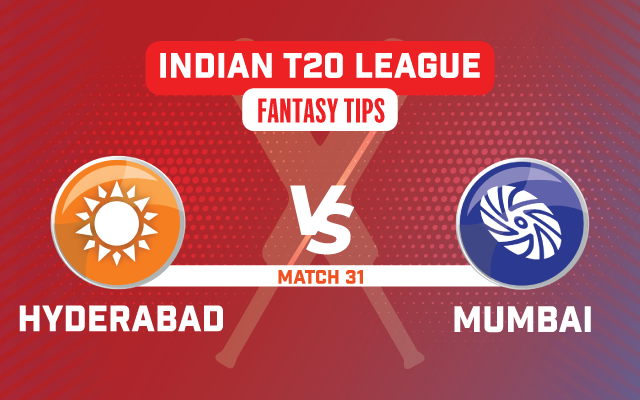 While any clash between Mumbai Indians and Chennai Super Kings, two of the Indian Premier League‘s most successful teams, is likely to be a nail-biting affair, the last game between these teams was beyond spectacular. The Indians chased down a humongous target of 219 runs, thanks to a sublime knock from Kieron Pollard.

The story has been completely opposite in the camp of the team they will face in the upcoming match – Sunrisers Hyderabad. Despite changing leadership, there was no change in their fortunes, as Rajasthan Royals defeated them convincingly. Hyderabad are now at a stage where one wouldn’t be able to guarantee them a place in the playoffs, even if they win all of their remaining games.

There have been three 200+ scores in the last two games here in Arun Jaitley Stadium, which speaks about the flat-batting deck here in Delhi. Teams batting second are always likely to lose here, as dew is a big factor.

Rohit Sharma is constantly giving good starts to Mumbai Indians. He has scored 30+ runs in four of his last five games.

Kane Williamson also has been doing a decent job with the bat, thought his team would definitely want better performances from him. He has scored 20 or more runs in all of his last three games.

Kieron Pollard had an extraordinary game against Chennai Super Kings. He first picked up 2 wickets, and then in the run chase, scored 87 runs from only 34 deliveries.

Rashid Khan is one of the few consistent performers from the Hyderabad team. He has picked up at least one wicket in all of his last four games, and has conceded 35+ runs in only one of those matches.

Rahul Chahar went wicketless in the last game, but he picked up 7 wickets in 4 matches before that. In the previous meeting against Hyderabad, he picked up 3 wickets by conceding only 19 runs.

Quinton de Kock has been a treat to watch in his last couple of games, as he scored 100+ runs in those matches. In the previous meeting against Hyderabad, he scored 40 runs.

Jonny Bairstow has been a pillar in the crumbling facade of Sunrisers Hyderabad. He has scored 30 or more runs in four of his last five games.

SRH vs MI Must Picks for Dream11 Fantasy Cricket:

Also Read: ‘Sometimes batsmen take the good form for granted, but he does not’ – Sunil Gavaskar lauds Shikhar Dhawan’s consistency

Despite being on the receiving end of criticism, it is undeniable that Manish Pandey has been a consistent run-getter for Hyderabad. He has scored 30+ runs in four of his last five games.

Suryakumar Yadav might have been a bit under the radar in this season’s IPL, but he is usually hard to stop on the days he gets going.

Hardik Pandya is not getting a chance with the ball, and he is also batting way down the order to have a big influence, Hence, it is better not to pick him in your fantasy team.