Rashid Khan's start was exactly what was expected from him. 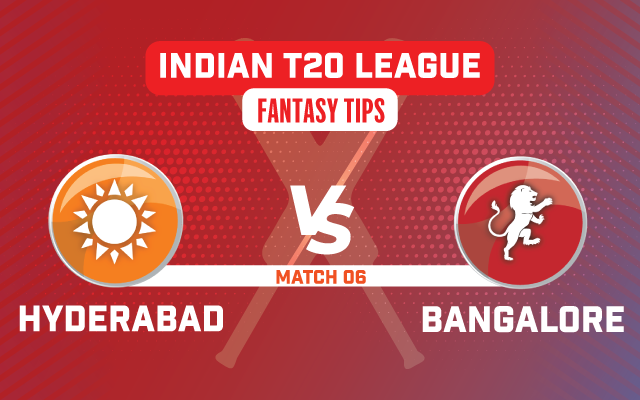 The two teams who will meet in the sixth match of IPL 2021, Sunrisers Hyderabad and Royal Challengers Bangalore have got off to contrasting starts in this competition. Virat Kohli’s men played in the first game of the competition, where they defeated the defending champions Mumbai Indians. While Harshal Patel did the talking with the ball, the trio of Kohli, AB de Villiers and Glenn Maxwell shined in their very first game together.

All of that being said, consistency has been an issue of RCB over the years and Kohli will be aiming to work on that this time. On the other hand, Sunrisers Hyderabad started off with a defeat against Kolkata Knight Riders. Their batting unit performed well, but chasing a target of nearly 190 was always going to be difficult here in Chennai. They will try to bounce back from that defeat.

The MA Chidambaram Stadium’s track has played out as a balanced surface in this competition. It has got purchase for both batsmen and bowlers, and toss won’t have as big an impact here as it will in the Wankhede Stadium.

ZIM vs PAK, 2nd Test, Day 3 Review: Formalities await as Pakistan only a solitary wicket away from clean-sweeping Zimbabwe

Virat Kohli played an anchor’s knock of 33 runs from 29 deliveries in the last game. In his last 5 T20s, he has scored 30+ runs on 4 occasions, which includes 3 half-centuries.

David Warner’s form in T20 games recently might not be impressive, but before coming into the IPL, he scored three 80+ scores in his last 4 games, all of them being List A matches.

Glenn Maxwell showed a glimpse of what possibly is about to come from his bat in this IPL. He scored 39 runs from 28 deliveries. He was also in good form in the recently-concluded T20I series against New Zealand.

Now that he is likely to bat at the top-order, Washington Sundar will be a must pick from the all-rounders. He picked up a wicket in the last game and it is about time that runs start flowing from his bat.

Rashid Khan’s start was exactly what was expected from him, as the Afghan spinner dismissed two of KKR’s most dangerous batsmen in Shubman Gill and Andre Russell. He has picked up 8 wickets in his last 4 T20Is.

AB de Villiers started his IPL 2021 campaign with a match-winning knock of 48 runs from 27 deliveries. In his last 5 T20 games, all of which were in IPL, he has scored under 25 runs only once.

While AB de Villiers played a match-winning knock, Jonny Bairstow played what very easily could have been a match-winning inning, but was not in the end. He scored 55 runs from 40 deliveries.

SRH vs RCB Must Picks for Dream11 Fantasy Cricket:

Manish Pandey’s form coming into this competition was not anything to be proud of, but he scored an impressive 61 from 44 in the last game. The former Bangalore player can be instrumental in this game.

Devdutt Padikkal is likely to be fit for this game. The opening batsman has been in spectacular form recently, and has scored 4 centuries and a half-century in his last 5 games, which were List A matches.

Vijay Shankar failed to impress with both the bat and the ball in the last match. In his last 3 T20 games, the all-rounder has scored only 15 runs and has picked up a solitary wicket. You can give him a miss while selecting your Dream11 Fantasy teams.