Katherine Brunt had a back niggle and didn’t play in the 2nd ODI.

The England Women have been highly dominative in the first two ODIs against Sri Lanka Women. They have already clinched the three-match ODI series and will be aiming for a clean sweep as the head into the final game. For the 3rd ODI, action will shift from Hambantota to Katunayake.

The hosts will hope for a change of fortunes with the change in venue. The batting of the Lankans has been the primary reason for their downfall in the series. Batsmen have failed to put together some good partnerships and have been over-reliant on the few players. Sri Lanka will look to address this issue and hope to put up a much better performance in this dead rubber.

The 3rd and final game of the three-match ODI series between Sri Lanka Women and England Women will be hosted by the Air Force Ground in Katunayake.

It isn’t a high-scoring venue and chasing is preferable.

Katherine Brunt had a back niggle and didn’t play in the 2nd ODI. 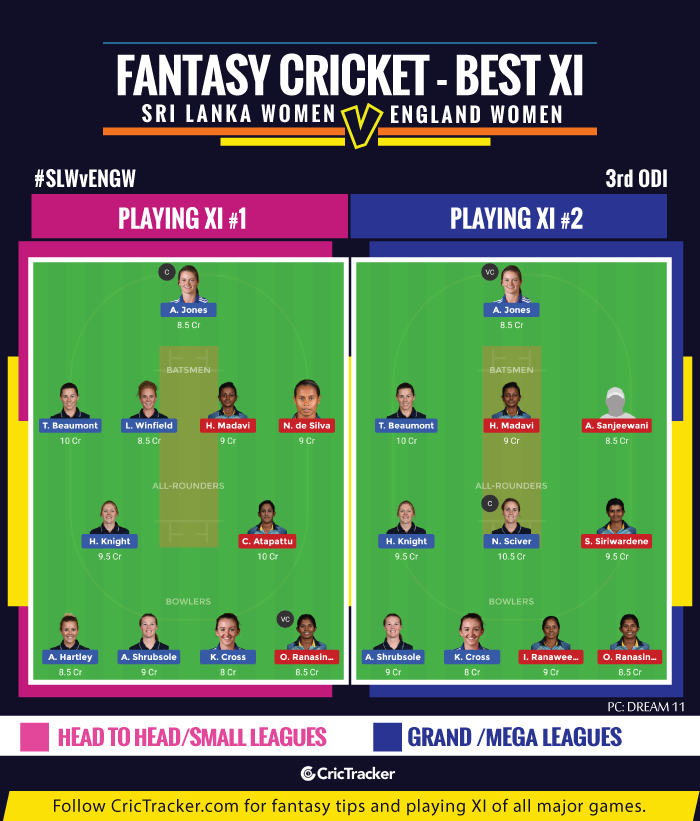 England Women are predicted to win the match.