Brandon King will be a key player in this match.

Surrey Royals and United Stars will face each other in the third match of the Jamaica T10 Series on Wednesday. Surrey Royals will be led by Brandon King where they will feature Nkumrah Bonner with some of the quality local cricketers like Rushane Gordon, Javelle Glen, and Nicholson Gordon. On the other hand, United Stars will join this contest under the captaincy of John Campbell. Amoi Campbell and Tyrone Dale are some of the players with some domestic experience.

As we saw in the previous few matches this pitch is good for batting and the average score is more than 100. Both teams might prefer to chase at this venue.

John Campbell is an aggressive opener and has been with the national team recently. He has played just the 10 T20I and scored 99 runs at an average of 11. 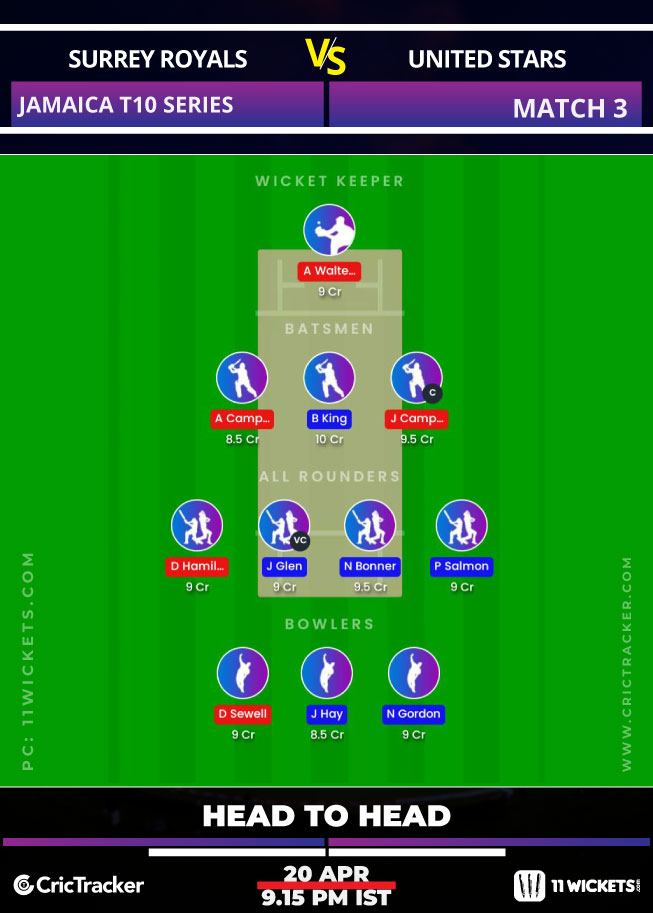 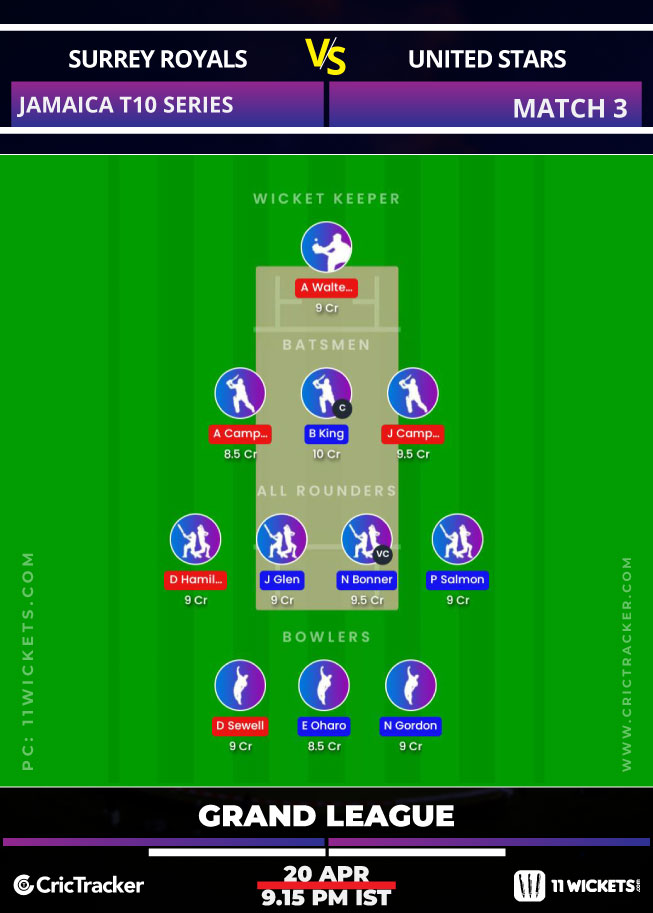